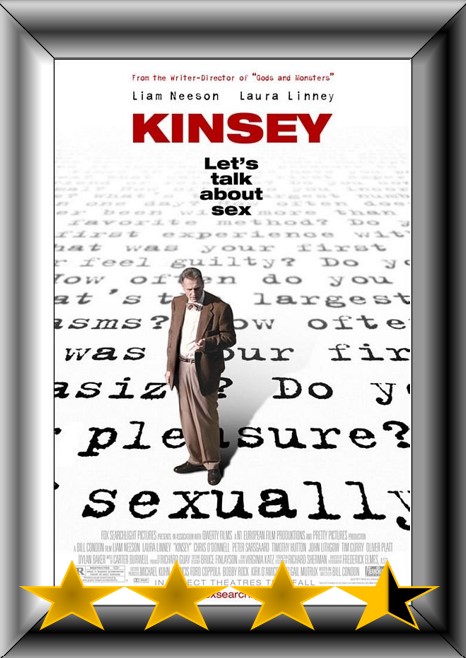 Plot: A look at the life of Alfred Kinsey, a pioneer in the area of human sexuality research, whose 1948 publication “Sexual Behavior in the Human Male” was one of the first recorded works that saw science address sexual behavior.

Story: Kinsey starts as we meet Alfred Kinsey (Neeson) has started to teach his students about how to ask the neutral questions to their candidates, we dive into his past where his father Alfred Seguine Kinsey (Lithgow) didn’t want him going anywhere needed around science, which his son Alfred learns, he meets his wife Clara (Linney) and when they have their own sexual problems, it inspires Alfred to open up the idea of teaching sex in school.

Professor Kinsey starts a marriage class with Clyde Martin (Sarsgaard) becoming his assistant in the class, as the students and married couples learn more about how to open people can be sharing their sexual experiences and preference, changing how people study sex.

Characters – Alfred Kinsey Jr breaks his family traditions by heading into the field of biology, he soon sees his worked praised, but nothing coming from it, it is when his wife and himself struggle in the bedroom, that he learns not enough research has been done in the field of sexual activity which sees him change history and the field of its study. Clara is the wife of Alfred’s, it is their problem which opens up the eyes, as they work together to learn about sexual choices, she supports from home for the most part. Wardell, Paul and Clyde are three of the assistants that work with Alfred learning as they discover more about everything in the sexual world. We do meet the professors that will support Kinsey’s work along with the ones that go against him.

Performances – Liam Neeson is wonderful in this leading role, he gets to follow through many years of Kinsey’s life which shows the different moments of success and struggles he faced trying to open the eyes of the world. Laura Linney is great in the supporting role showing the supportive side to Kinsey’s work, with the whole supporting cast being strong through the film not putting a foot wrong anywhere through the film. 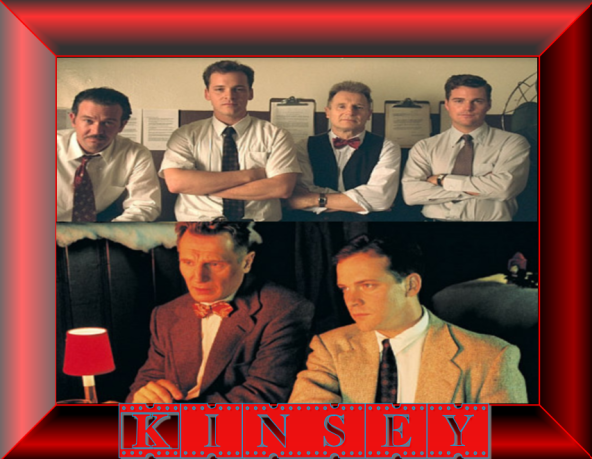 Story – The story does follow Professor Alfred Kinsey as he went to onto change the mindset of the educational system that has shied away from for years, he pushes the limits and educates the generation about sex. This is an interesting look at how the education system was used to open up the world of sex to a new generation, we get to see just how difficult the fight to get everything through a system that wouldn’t accept anything outside the traditions and wanted to put an end his research. For a history lesson this is interesting and well worth watching because the story does show different ages opening up in ways that we would consider almost normal now.

Biopic/Romance – We do get to see most of Alfred Kinsey life and career, how his work changed research already the world and educated people to be safer when engaged in sexual activities. The romance is mostly about how Alfred and Clara are open to working together and show how they are going to exploring themselves along with others.

Settings – The film is set through different times of history from how the small classroom to the full department being used for research.

Scene of the Movie – The first class.

That Moment That Annoyed Me – We don’t get to learn just how much he changed everything.

Final Thoughts – This is an interesting history lesson that shows us just how sex was needed to be taught from everyone to everyone. 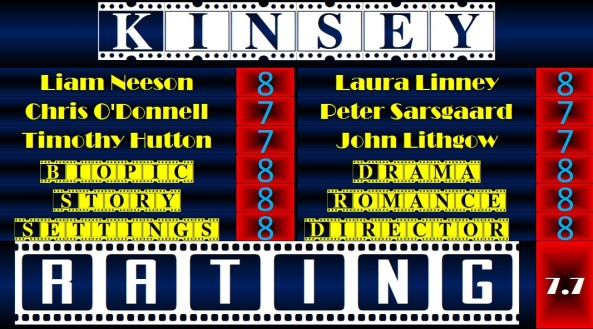 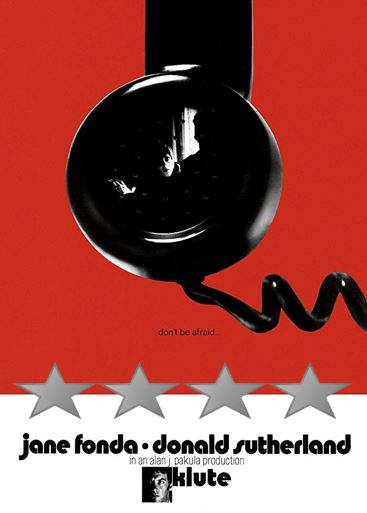 Plot: A small-town detective searching for a missing man has only one lead: a connection with a New York prostitute.

Story: Klute starts when a man goes missing with one of the last people to see him alive being a New York prostitute Bree Daniels (Fonda) a woman that is trying to get into acting, she has had many clients through the years and has now started unsettling phone calls. Detective John Klute (Sutherland) is still trying to get to the bottom of the missing persons case, which sees him returning to Bree for more information.

As Klute spends more time learning how Bree operates, he starts to meet the other people in the sex underworld of New York city including her former pimp Frank Ligourin (Scheider) and fellow prostitute Arlyn Page (Tristan), with each leading him to the answer in his missing persons case.

Characters – Bree Daniels is the New York prostitute that has been trying to become an actress, she has stop taking as many tricks as before and is the key witness in a missing persons case, she is being watched over by Klute who starts to help her see life in a different light, one which makes her happy, though she is always fearing about how he will judge her for her past. John Klute is a detective trying to locate a missing person, he keeps watch over Bree become romantically involved with her, he shows her a different way to see life, while seeing how this underworld operate. Frank Ligourin is Bree’s pimp that is always trying to get the best for his women, no matter what that means for the women, if they get paid, he gets paid.

Performances – Jane Fonda is wonderful in this leading role, she brings the upfront confidence you would expect from a call girl, with the ability to show change through the film. Donald Sutherland is brilliant too, he keeps his character straight down the line like he needs to through the film. the rest of the cast are flawless and let the leads take the centre stage throughout.

Story – The story here follows a police detective that spends time with prostitute that might hold the answers to a missing person only to find himself involved in a bigger mystery about who she is. We do spend plenty of time following Bree and seeing how she operates her off the record career and how she is trying to go straight, while being stalked, we get the unsettling feeling that she is going through during the film. seeing how the investigation unfolds is interesting because we see how he doesn’t worry about how many different illegal activities he finds himself going into. This is a tense thriller that does keep us on edge just to see what will happen next to the characters.

Crime/Mystery – The crime side of the film does show us how the prostitute world operates and how the answers for the case will come from what Klute learns.

Settings – The film is set in New York City which will is always a busy city for any crime story to unfold in. 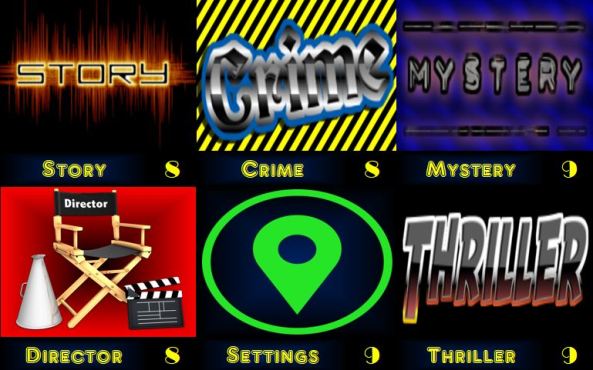 Scene of the Movie – First meeting with Frank.

That Moment That Annoyed Me – It doesn’t seem to give us enough clues to what happened to the missing person.

Final Thoughts – This is a thriller that does keep us guessing to just what will happen next and what is going on in this world.