Head over to Movie Rob’s site for more reviews. 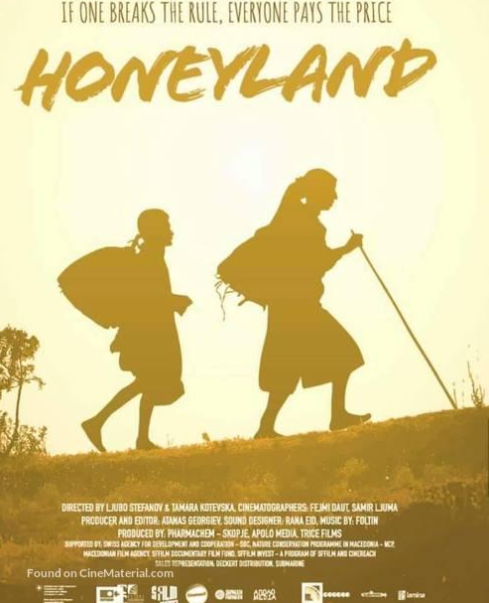 “Take half, leave half. ” – Hatidze Muratova

Brief Synopsis – When a family moves into the area next to her secluded home, a beekeeper must find a way to continue doing things in her own way in order to not disrupt the ways of nature.

My Take on it – This is a film that I’ve only been interesting in seeing due to the fact that it has been nominated for both Best Documentary Feature AND Best International Feature at the upcoming Oscars.

This is a feat never before accomplished, but my gut feeling is that even with such a unique thing like this, the film will probably go home empty handed.

The film works quite well largely due to the way that we get to know and understand the main character.

She is very subtle yet unique in the way that she adheres to the kind of living and existence that sustained her ancestors for generations.

She constantly tries to do her best for herself while also caring for her ill mother which is not simple to do.

She attributes her success to the fact that she knows how to keep a balance between man and nature and manages to get a meager wage for her work that is enough for what she needs.

When a family moves in nearby, she does her best to try and make them understand why she does things in a certain way, yet their impatience and yearning for more money makes them do things in a different way which adversely affects her way of beekeeping and living at the same time.

I can definitely understand why this film is so loved but the pacing is a bit too slow for me personally.

Bottom Line – Interesting film that works due to the characters. The film documents the difficult yet subtle life of this woman as she does her best to survive and provide for her ill mother at the same time. The fact that she still uses methods of beekeeping that was passed on for generations helps keep her meager wage sustainable and reliable for her. When a family moves in close by, she tries to explain to them why she does things a certain way, but they ignore her ideas and do what they want which ends up threatening her livelihood. I can understand how this film could be so loved even if things move a bit too slowly. Recommended!

MovieRob’s Favorite Trivia – First film to be nominated at the Academy Awards for both Best Documentary Feature and Best Foreign Film. (From IMDB)