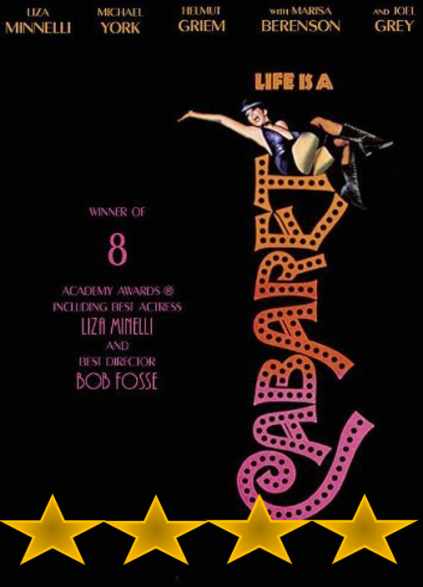 Plot: A female girlie club entertainer in Weimar Republic era Berlin romances two men while the Nazi Party rises to power around them.

Tagline – Come to the Cabaret

Both Brian and Sally offer advice to a German friend Fritz (Wepper) who is trying to start a romance with Natalia (Berenson), as we continue to see Sally open world experience being used to help people learn about the world as she is waiting for her love Maximilian von Heune (Griem), we dive into how the tough life of a dreamer in Berlin can be right as the Nazi party is starting to rise to power.

Characters – Sally Bowles is an entertainer from America working in Berlin, she knows how to use body to get men interested in her dancing and off stage, she has dreams of being an actress, but for now she must just entertain a crowd, she isn’t like most women being more open to relationship, which sees her become a bad example to Natalia and her love for two different men will make her life more complicated. Brian Roberts is an English man who has come to Berlin to teach, he rents one of the rooms in the same apartment as Sally, as the two become friends, he has his secret which during the era of this film could see him ruined, but his unconventional friendship with Sally shows the opposites can be friends. Maximilian von Heune is the German love interest for Sally, he is rich and turns her head to a better future, only not everything will be what it seems through his actions.

Performances – Liza Minnelli is fantastic in the leading role showing her skills in music and in acting to make her character feel way before her time. Michael York is brilliant too, bringing a character to 1930s Germany that wouldn’t be welcomed in this era, bring his conflicted character to life with ease. Helmut Griem brings us a strong character through the film and Joel Grey gets the entertaining parts of the film down with ease.

Story – The story here follows an American entertainer, an English teacher who are living in Berlin during the rise of the Nazi party, trying to navigate the socially acceptable behaviour, while remain their individual selves. Where this story truly shines is not hiding away from looking at the socially acceptable parts of characters for the era the film is set in, be is homosexuality or un-lady like behaviour through the eyes of a locals of Sally. This is tackling these themes head on and shows just how nervous the Germans would be getting with the Nazi party gaining power.

Musical – The songs and dance in this film are just as big as you would imagine, though I was expecting to see a few more if I am being honest.

Settings – The film being set in Berlin shows us just how the mindset of the characters are during the rise of the Nazi party, it shows us just how people from different backgrounds could become friends or more. 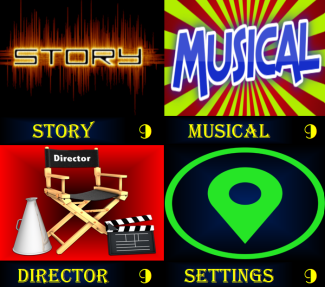 Scene of the Movie – The songs.

That Moment That Annoyed Me – I was expecting more songs.

Final Thoughts – This is a wonderful classic, that isn’t scared to hide from the difficult themes for the era and gives us some of the biggest musical numbers in film.

Overall: Classic all around.

Head over to Movie Rob’s site for more reviews 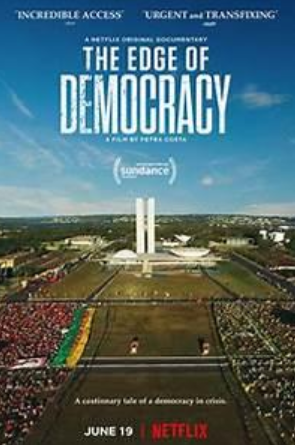 “A Greek writer said that democracy is only working when the rich feel threatened. Otherwise, oligarchy takes over. From father to son, son to grandson, from grandson to great grandson, and so successively. ” – Petra Costa

Brief Synopsis – A look at the political upheaval in Brazil over the past decade trying to understand what truly happened.

My Take on it – This is a film that I probably would never have even thought about watching if it hadn’t been nominated for an Oscar for Best Documentary this year.

They do a fascinating job showing the various causes and effects that have led to so much turmoil in the Brazilian political system over the past few years.

The purpose of this film is to try and get a better understanding of the root issues that have led to so much strife in this country.

We get a very personal and intimate look at the people who have made a difference in this o=country while also learning about the history of the country and its politics.

The political and social perspectives on this country are quite complex and it has been very difficult to make changes in either.

Regardless, they still do a nice job explaining things to those less familiar.

The overall premise of the film has a more global effect since they try and show the ways that democracy works and fails at the same time based solely on how the system has been set up decades ago.

This film probably won’t win the Oscar for Best Documentary this year, but it still was quite deserving of its nomination.

Bottom Line – Fascinating documentary that does a thorough job exploring the causes and effects of the tumultuous political system in their country. The film gives us a very personal look at the history of the country both from a political and social perspective. One who is more familiar with the political system in the country will understand things on a deeper level than those of us without prior knowledge but they still do a nice job trying to explain things. The film’s overall premise has much to do with the way that democracy works and fails at the same time due to the way that they have been set up. This film was quite deserving of its Oscar nomination for Best Documentary in 2019. Recommended!

MovieRob’s Favorite Trivia – Although it was acquired by Netflix for international distribution, the film also played briefly in theaters in New York City and Los Angeles. (From IMDB) 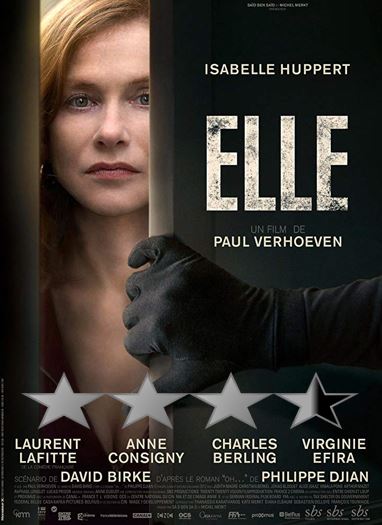 Plot: A successful businesswoman gets caught up in a game of cat and mouse as she tracks down the unknown man who raped her.

Story: Elle starts when successful businesswoman Michele (Huppert) is raped in her own home, she continues on her days like nothing happened though, living along she doesn’t know how to react, with her work already controlling her life with her latest video game already passing its deadline. When Michele finally tells somebody, it is her ex-husband and family friends who react in a natural way of checking she is ok, wanting to make sure she follows through with a police report.

When the mystery attacker starts playing games with Michele, she starts wanting to learn who the attacker was, believing it is somebody she knows, she starts to notice the smallest details about the potential suspects too.

Characters – Michele has had an interesting life, she was raised under a serial killer, which sees her till taking abuse for her father’ action, she has made something of herself though becoming a successful businesswoman in the video game industry, she is cold to most people in her life including her mother and ex-husband, she isn’t close to her son’s girlfriend either. She does get raped in her own home, only she does seem to just shake it off like nothing, until that person starts playing games with her, which sees her starting to rethink the incident, trying to solve who was behind it. Patrick I the neighbour that Michele has become obsessed with when it comes to solving her own loneliness even though he is married. Anna is one of the closest friends that Michele has in her life, they has a unique bond too. Richard is the ex-husband that is worried about Michele, even though he has moved on with his life with a new woman in his life.

Performances – Isabelle Huppert is wonderful in the leading role of this film, she shows the cold hearted figure in everyday life, which helps us understand her characters mindset after the attack, we see how she brings the character to life unlike any one we have seen in a rape revenge style movie. Diving into the rest of the cast, most are all great, without coming close to how standout Huppert is.

Story – The story here follows the successful businessman that gets attacked and raped inside her own home, she doesn’t react in the way we expect trying to continue on with her life as normal, which goes as planned for her, until she gets caught up in a game with her rapist, one that she starts to enjoy. This story does change how the rape victim reacts, she doesn’t close off, she actually opens up more discovering more about herself because of what happened, seeing the errors of her ways in her life, trying to become a better person, as she always sees herself as the victim after her serial killer father’s actions. This could be considered somewhat negative, but seeing the change in the person, rather than just going for a rape revenge idea is the biggest spin on the story.

Crime – The crime side of the film sees how the rapist operates to get his victim, we see how the victim doesn’t want to involve the police because of their names reputation.

Settings – The film is set in Paris which shows us just how the everyday life of the businesswoman operates in her life. 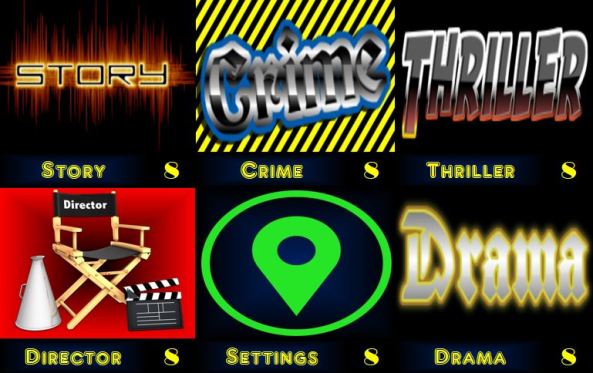 That Moment That Annoyed Me – It does seem to show the enjoyment from being raped for the victim.

Final Thoughts – This is an interesting spin on the rape story, we see enjoyment from it in the victim, who can see they have made errors in life, needing to fix their own life before understanding the wrong doing in the attack.