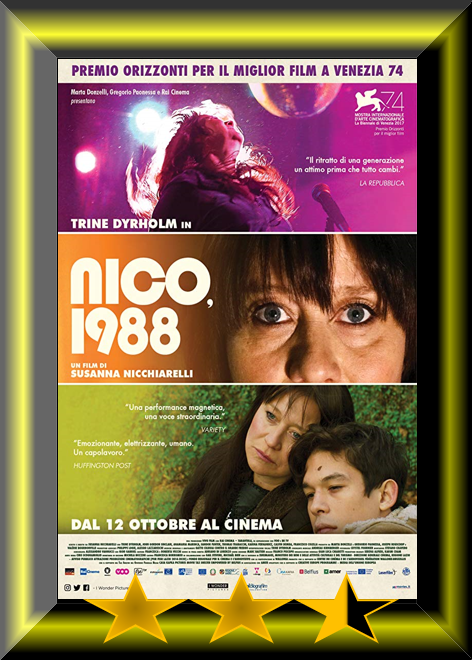 Plot: The last year of singer Nico’s life, as she tours and grapples with addiction and personal demons.

Tagline – The last year’s of an inspiration of punk.

Verdict: The Problem with Biopics

Story: Nico, 1988 starts as we see how Christa Paffgen a.k.a Nico (Dyrholm) starts a tour to bring her punk around Europe, starting in Manchester, she is joined by Richard (Sinclair) who is arranging the tour, as she opens up about her life with addiction and personal problems, giving up her son early on.

As Nico’s tour continues, she learns that not everybody remembers her own music, rather than just focusing on the stuff that made her famous, she also wants to get her son back, which isn’t going to be easy because he is suffering the same demons she is. 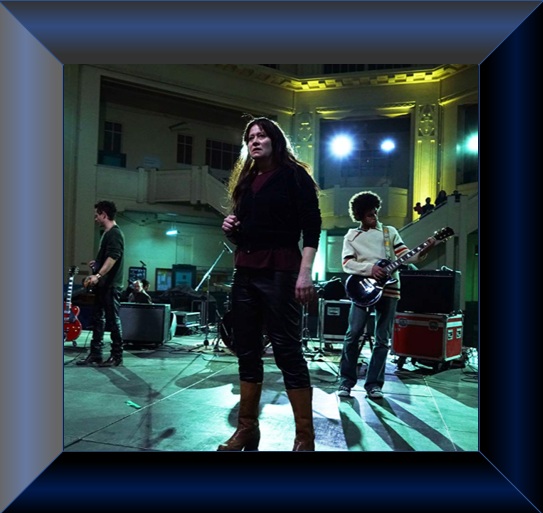 Characters – Christa Paffgen was known as Nico in the music world, she was a German punk star that did create her own sound, which made her standout, she was willing to take chances with her musical decisions. Like most people in music during the 80s Nico did end up getting herself hooked on drugs which sees her relying on them too much, costing her, her son and most of her friends. Richard is a lawyer leading the tour that Nico is on, he does his best to become friends with her and guide her when needed. Ari is the estranged son that has followed in her footsteps with his own drug problems though he is looking for help with them.

Performances – Trine Dyrholm is fantastic in her role in the film, she does make us understand the mindset of Christa, along with the troubles she has faced in life. Outside of Trine’s performance everybody else is solid enough without doing that much with what they have to do.

Story – The story here follows the final year of punk ‘icon’ Christa Paffgen or Nico, as she tries to tour for her fans, no matter how much trouble it might cause the countries around Europe and how she must try to face her own demons. One of the bigger problems with the story here, come from the fact I have never heard of this person, I don’t know her music and by the end of this story, you will feel like you have seen the basic story of every single music biopic, there doesn’t seem to be very much if anything to make Nico standout from any other musician that faced the same problems. Having it set out the final tour is a strong point though, because it shows us just how difficult it can be for a musician to entertain their fans, while not having everything they want in their own lives. Elsewhere this just doesn’t seem to connect in the way other biopic stories have in the past.

Biopic – The biopic side of the films show us just where the final tour would be where the star of the music Nico is struggling to get through with her own problems.

Settings – The film does create the 1980s settings with each country does work for the film, with certain camera shots even adding to the environment.

Scene of the Movie – The camerawork gives the film an 80s style.

That Moment That Annoyed Me – I just didn’t know who Nico was.

Final Thoughts – This is a biopic that doesn’t do anything wrong, but it sums up just how difficult it can be to make one, if the person isn’t famous enough.