Plot: A radio star experiences the worst night of his life when stalkers assault the radio station where he’s working.

Story: Feedback starts as we meet experience radio star Jarvis Dolan (Marsan) whose show Grim Reality is always tackling the issues in the UK, he is being forced to work with a regular guest Andrew Wilde (Anderson) who he doesn’t get along with, with tonight show having the rookie producer Claire (Baquero) on her first show, which is prepared for the big show.

The show takes a drastic turn of events, when Jarvis is forced into follow instructions from masked people who want to see the show head in their own direction for the night, on that will look to shock the system as they know it.

Characters – Jarvis Dolan is a veteran radio host that has built up a reputation on his show The Grim Reality where he talks about the realities of life that the people in Britain can’t accept, turning the complaints on to the people who are complaining. He has the tables turned on him on his latest show, where he gets ambushed by masked figures who want their own story told, one that could expose a crime. Andrew Wilde is one of the regular guests on the show, who has been working with Jarvis for years, they aren’t as close as they once were and tonight he will be on the show, with his outlandish stories. Claire is on her first night as the main producer on the show, she is excited for this chance, only left in fear when it comes to learning how the night will unfold, while Hunter and Wrecker are the two masked figures who come to hijack the show, looking for their own story to be told, they are ruthless, full of threats to anybody who gets in their way, turning to violence if things don’t go their way too.

Performances – Eddie Marsan in the leading role is fantastic, he is an actor you could watch in any film and just want to see what he does next. When we get into the rest of the cast, everyone does a good job through the film, with Richard Brake doing the best of the main cast.

Story – The story here follows an experience radio host that finds his show being held hostage by a group of masked figures that want their own story told, one which could ruin his career after exposing a crime. The radio host put through horror is always an interesting spin on film, with Pontypool bringing new life to the zombie genre, where Feedback does something different is showing us how people could go to an extreme to get a truth out. Some of the story does just turn into people shouting and screaming at each other, which does take away from the slow build to the truth, which would have been more intense to watch, as the story does keep us guessing on who is telling the real story.

Horror – The horror comes and goes, with one moment feeling supernatural, while the rest is more about the intense traumatic experience that Jarvis is going through.

Settings – The film is kept in one locations, a radio station booth, be it the production side or the hosting side, where the group hold Jarvis as they look to get their own truth told, he can’t escape and the sound proofing only contains the screams.

Special Effects – The effects are used when we need them, we do focus on the story more than just flashy effects.

Scene of the Movie – The final look.

That Moment That Annoyed Me – Too much shouting and screaming.

Final Thoughts – This is an interesting spin on the hostage situation which is more about learning the truth, by keeping us guessing from start to finish on who to trust in the story.

Plot: This is the story of the highly regarded fighter squadron, in which served mainly airmen from Poland, in the history of aerial combat and their heroic defence of England during WW2, Battle of Britain against Nazi attacks. The 303 Squadron shot three times more Luftwaffe planes than any other allied squadrons.

Story: Squadron 303 starts at the beginning of World War II, the Polish air force have joined forces with the British, Witold Urbanowicz (Adamczyk) leads the small squadron, while the higher ups in England don’t want to rely on outside help.

As the Polish pilots prove themselves to be deadly in the air, their reputations start to grow, with a once famous actress Victoria Brown (Theobold) is being used to learn about the skills of the Polish. The longer the Polish stay in England the bigger their part in the war defence, which will one day make them heroes. 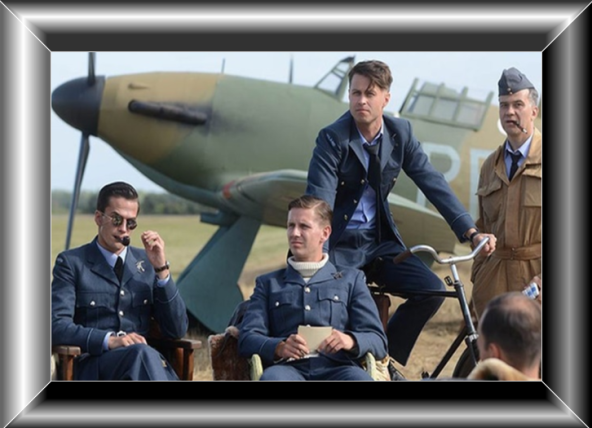 Characters – Witold Urbanoqicz is the Polish general that is sent to try and control the pilots that are starting to get out of hand, not getting involved in their behaviour, but answering to the superiors who know what they must risk. Donald is the flashiest pilot, he will often go against orders, knowing he has the skills to get the job done in the skies. Victoria Brown is an actress that is bought into show some photo for the papers, while getting assigned to help the British watch the Polish pilots, slowly falling in love with one of them. We get to meet other Polish pilots, who are close and cockier than the English, while the English are more stuck up and determined to not be out flashed.

Performances – When it comes to the performances, most of the actors do struggle to make an impact, because the story decisions just make things more difficult for anybody to reach their potential.

Story – The story here follows the Polish pilots that join forces with the British Air Force during World War II, where they must first overcome the discrimination towards them, and secondly get involved with the new heroism that is thrust upon them. This should be a story about the incredible fight the Polish pilots showed during World War II, only it just seems to dwindle into a bit of one upmanship and weird uncomfortable love angle. By the end of the film, you won’t feel anything, the random time jumps, showing why the man are fighting, only leaves us trying to keep up, though it could have show us a lot more from what it had to work with.

War – The war side of the film does show us dog fights, which don’t look as intense as they could be, which also leaves us disappointed.

Settings – The film uses the basic world war settings, showing how the people could have been in a new environment, waiting for the time that conflict comes their way.

Scene of the Movie – The first dog fight.

That Moment That Annoyed Me – Bad time jumps.

Final Thoughts – This is a disappoint war film that just doesn’t get going into the reality of war, making it feel like a small holiday with the way everything is shot.

Plot: An experimental film that touches upon the changes in dynamics between members of a family when one of them commits a crime.

Story: The Mouse in the Bread starts as young woman Lili (Zeroonian) is starting to try and figure out her own future, her parents John (Hauck) and Miriam (Mara) always support her, while the family starts to focus on a bigger problem, one they want to keep quiet from Lili.

Lili does see the dynamic between her parents slowly start to fall apart, while she still needs both of them in life, she is left in the dark to the problems they are facing. 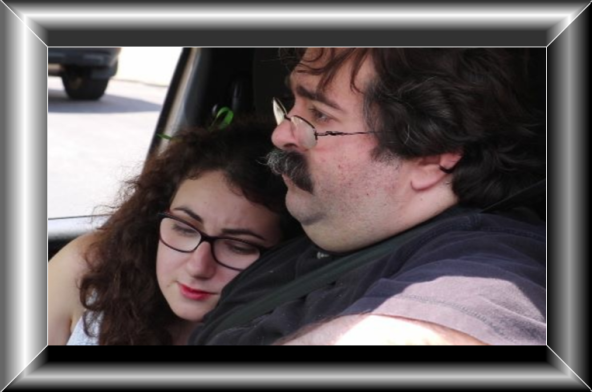 Thoughts on The Mouse in the Bread

Final Thoughts –We need to start by pointing out that this is a micro budget project from filmmaker Sharisse Zeroonian, who writes, directs and stars in this film. We do see the family dynamic that is always changing away from the children, whatever the age, as they both want to protect their children and have their own happiness, which see the strain coming. We have a cast which isn’t the most experienced that don’t do anything wrong and we are left to see just how much potential everyone in this film has, both behind and on front of the camera. Most of the film is kept in one central location within the house that helps show us just how close the family is despite the troubles they are facing.