Tagline – The rest of the unbelievable true story.

Story: Unbroken: Path to Redemption starts with Louis Zamperini (Hunt) returning to America after his time in the Japanese war camp, his brother Pete (Campo) does what he can to welcome him back to the normal life, while the army want to use him as part of the story to hopefully keep the war bonds coming in.

Louis struggles with PTSD once he returns, turning to drink, being forced into taking time off, where he meets his wife Cynthia (Patterson), but the nightmares of his experience continue to haunt him, while trying to return to the track and return to the Olympics. 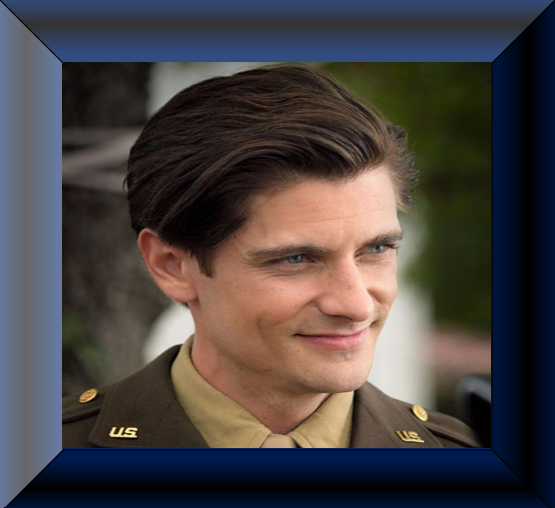 Thoughts on Unbroken: Path to Redemption

Characters – Louis Zamperini returns to America as a hero after his time as a prisoner of war under the torturous Watanabe, now he returns home, trying to start a new life, he meets his wife falls in love and has a kid, but over this time he struggles to deal with his nightmares from his time in the camp turning to drink to blank out any of his problems, pushing away any chance of being around his family away. Cynthia is the wife of Louis that meets him and sees the good in him, she gives him countless chances to sort of his life knowing he does need help, trying to push him into finding his help. Pete is the older brother to Louis, he is the only one that can truly challenge him to better himself, even if he does get caught in the middle of the insults from his brother. Watanabe is the person in the nightmares of Louis, the man that ran the camp which tortured him for years during the war.

Performances – Samuel Hunt taking over the lead role really does struggle to make the impact that was in the first film, with Merritt Patterson doing the same, this cast doesn’t really get going on the levels that made the first film so impactful.

Story – The story here follows the next chapter of Louis Zamperini’s life after his spell as a prisoner of war, here he must overcome his own demon and nightmares to get the most out of life. While this story does focus on the very real issues of PTSD that millions of soldiers had after the war, we do seem to follow just the normal problems, struggling to adapt back to normal life after the war, turning to drink to find comfort. While this might end up being what really happened to Louis, it does seem to lose what was the most inspirational and interesting side of his battle.

Biopic – The biopic side of the film does show the next chapter of Louis Zamperini’s life that did show the consequences of the first film, though it just isn’t something that is that interesting.

Settings – The film does use the settings that makes you think you are in the late 1940s America, with how all backdrops and social occasion mix together.

Scene of the Movie – The visit to Japan.

That Moment That Annoyed Me – It is all too generic.

Final Thoughts – This is a biopic that does take the incredible survival mission to the next level, only it focuses more on the fixing, rather than the ordeal, which just isn’t very interesting.