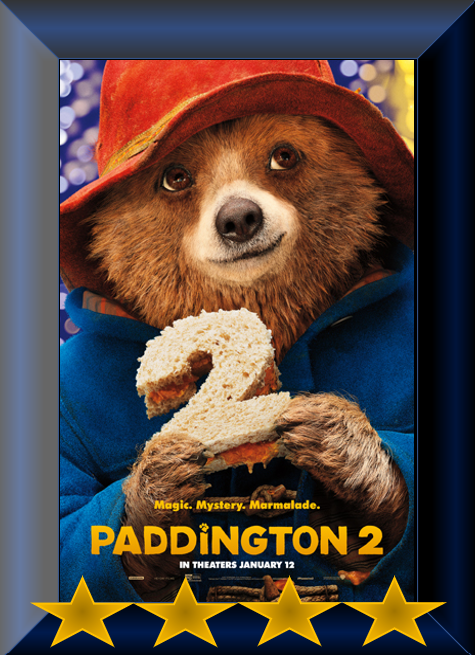 Plot: Paddington, now happily settled with the Brown family and a popular member of the local community, picks up a series of odd jobs to buy the perfect present for his Aunt Lucy’s 100th birthday, only for the gift to be stolen.

Story: Paddington 2 starts as Paddington is a welcome member of the Brown family, the neighbours are always willing to accept his help and now Paddington sees a gift for his Aunt Lucy in Mr Gruber (Broadbent) antique shop and decides to get a job to pay for it.

Just about to buy the present, Paddington catches a thief breaking into the store and goes in chase, only to find himself captured and thrown in prison. Paddington soon makes friends with the prisoners including the feared Knuckles (Gleeson), while the Brown family Henry (Bonneville) and Mary (Hawkins) try to free Paddington, learning that the once famous actor Phoenix Buchanan (Grant) is behind the crime. 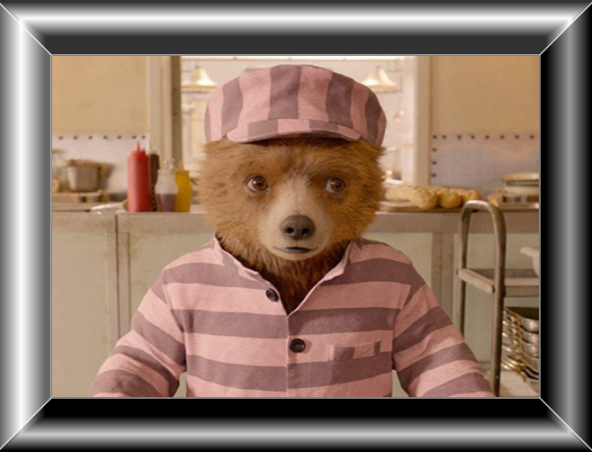 Characters – Paddington is the kind-hearted marmalade loving bear living in London, he has made countless friends both human and animal, he wants to get a present for his Aunt which sees him trying to get a job. He does try to do the right thing by helping with a robbery only to be found guilty. Paddington always the people bear makes friends, while believing that everybody has good about them. Henry, Mary Brown and Mrs Bird treat Paddington like their third child and will do everything to help get him out of prison. Phoenix Buchanan is the once famous actor that has moved in next door to the Browns, he is very eccentric and trying to rebuild his fortune which sees him stealing the book and learning about the clues in the book, always trying to stay ahead of the people trying to capture him, using his different costumes from his career. Knuckles McGinty is the prison chef, he is feared by the other inmates, but Paddington breaks down those barriers showing him to be a good man inside, one that could bring the prisoners together.

Performances – When we go into the performances, the original cast are all wonderfully, but it is the addition members of the cast that truly shine, Hugh Grant practically steals every scene, while Brendan Gleeson proves that he can be the funniest man on camera, these two are outstanding in every single scene they are in.

Story – The story here follows Paddington’s next adventure as he tries to give his Aunt a present of seeing London only for him to get framed and thrown in prison, while the Brown family try to figure out who really committed the crime. This is a coming together story, it shows how somebody’s good nature can change everything in life and without them around you will notice the change in life. The idea that Paddington is facing off against an evil washed up actor is entertaining too, though it would have been nice to see more of the treasure hunt side of the story. While most of the story is largely predictable it does have a huge heart behind it and shows that good people will rub off on others to show kindness can be a change to life for the better.

Adventure/Comedy – The adventure side of the film seems to be focused more on the villains adventure, more than seeing what Paddington must get up to, the comedy comes from seeing just what Paddington gets himself into and the trouble he causes with his innocent nature.

Settings – We keep London as the main backdrop for the film, while we do have Paddington in a prison and the major landmarks being used as clues to a treasure, most places are locations we are expecting to see in any London based movie.

Special Effects – The effects are brilliant putting Paddington in every scene like he is really there, it never looks out of place which shows just how far this technology has come. 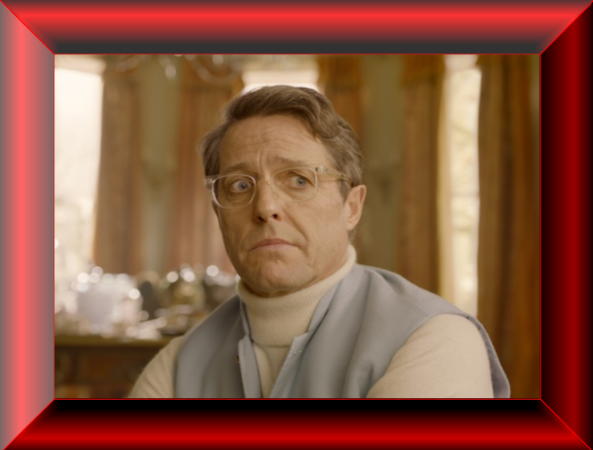 That Moment That Annoyed Me – Surely, Mr Gruber would be the one who decides whether to press charges against Paddington?

Final Thoughts – This is a entertaining, big hearted movie that could be enjoyed by the whole family and would leave a smile on everybody’s face. 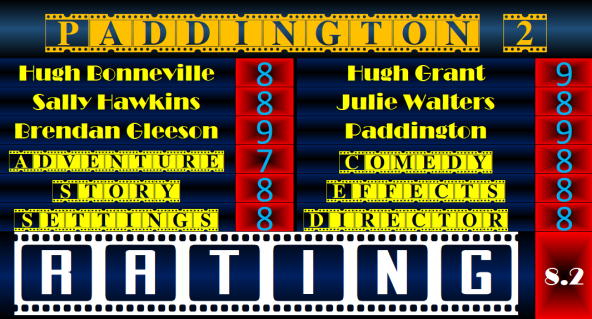 This is under E because of star Michael Ealy 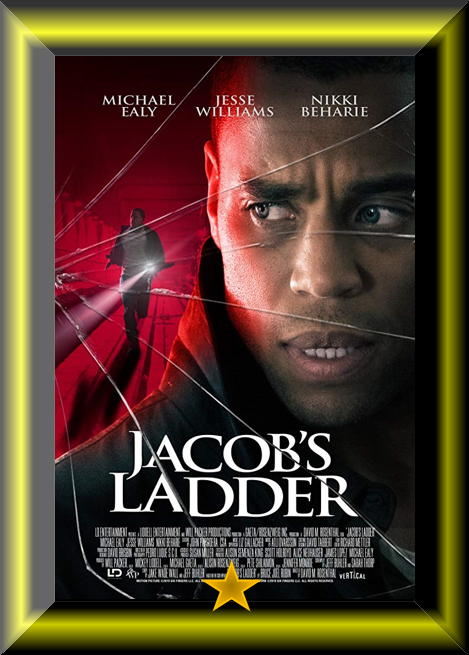 Plot: After his brother returns home from war, Jacob Singer struggles to maintain his sanity. Plagued by hallucinations and flashbacks, Singer rapidly falls apart as the world and people around him morph and twist into disturbing images.

Story: Jacob’s Ladder starts as Jacob Singer (Ealy) returns home after a stint in the military, where his brother Isaac (Williams) is killed in action, with Jacob unable to save him, taking up his job in the local hospital as a trauma surgeon, starting a family with his wife Samantha (Beharie), he looks to get on with his life.

Jacob’s life is turned upside down, when he starts meeting deceased war veterans which leads him to find his brother, alive, bringing him home, only learning about the changes he has been through, not being the man, he once knew. 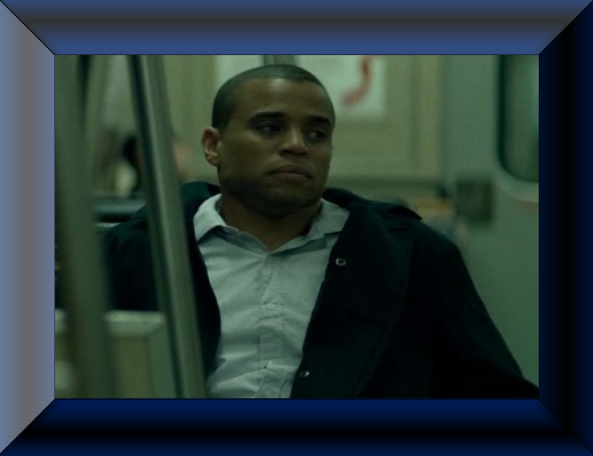 Characters – Jacob is a military surgeon that saw traumas of war first hand, including what he thought was his brother’s death, back home he returns to the hospital for work as he starts his own family. It soon takes a twist for the worst when his brother isn’t dead and he starts seeing things that aren’t there, needing to piece together everything. Isaac is Jacob’s brother that he thought died in the war, he comes back dealing with his own problems, needing his brother’s support, being one of many survivors from the war. Samantha is the wife and mother that is always around the brother’s she wants to help them both sort out the problems they are dealing with. Louis is the doctor that has been treating Jacob and his return and wants to try and help Isaac too, being the closest to help they will face after leaving the military.

Performances – Michael Ealy takes the leading role in this film, he struggles to make an impact here, which might be more because of the awful character twists he must try to go through. Jesse Williams and Nicole Beharie both do what they can with their supporting roles, which are mostly in the background.

Story – The story here follows a war veteran who has returned from war believing his brother died only to learn his is still alive and he starts seeing his life unravel on front of his eyes. This is a remake of one of the most popular stories ever, we do try to see something different only to give us one of the most confusing stories of the year, where the film throws out a twist that makes zero sense. You will find yourself scratching your head more than often than not, which will only leave you disappointed with any directions we are given.

Horror/Mystery – The horror is more about the imagery that we are put through, rather than being anything that is scary, while the mystery is there, only not interesting enough to solve, seemingly having little to do with what we saw in the original.

Settings – The film uses the modern-day settings which are meant to show how difficult it is meant to be for a war veteran to return home.

Special Effects – The effects are not designed well, with most just being disjointed throughout.

Scene of the Movie – Nothing.

That Moment That Annoyed Me – That different twist.

Final Thoughts – This is a largely disappointing remake that just looks like a mess, doesn’t adding up in anyway through the film.