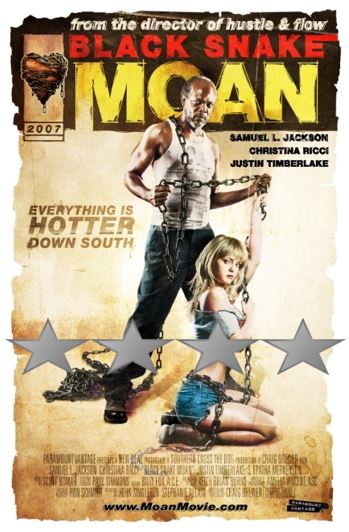 Plot: A God-fearing bluesman takes to a wild young woman who, as a victim of childhood sexual abuse, looks everywhere for love, never quite finding it.

Tagline – To save his soul he must save hers.

Story: Black Snake Moan starts as we see how God-fearing Lazarus (Jackson) who has his own problems with his family, he does always look after people who help him knowing the struggle they are going through and the support hard work deserves. Rae sees her boyfriend Ronnie (Timberlake) has gone to war and with her reputation around town of being a party animal that enjoys drugs, drink and sex with anyone until one night she gets left beaten on the side of the road.

Lazarus finds her and takes her back to his house to help clean her up only for Rae to make things a lot more difficult than he first thought they would be, can he help her even if he is keeping her captured in his own home.

Characters – Lazarus is the local God-fearing man, he has always been good to the people that help him around town, while having issues with he family. He wants to help Rae get back on the right path and end her destructive ways. Rae is the party animal, hooked on drugs, drink and sex with anyone and seemingly everyone. She is left for dead on the side of the road after a sexual assault, where she is rescued by Lazarus who tries to help her, she must learn to clean herself up to realise her own worth in the world. Ronnie is her boyfriend of Rae, he went to war leaving her behind and couldn’t make it there.

Performances – Samuel L Jackson is wonderful in the leading role of this film, we can believe his characters struggles with and without his alcohol problems. Christina Ricci shows us just how she has transformed herself from the child star we knew to the grown woman with a risqué and brave role with the extra sexuality bought onto her character. Justin Timberlake is fine without being overly used in the film as we focus on the two main stars.

Story – The story here follows an unlikely man helping an unlikely young lady that is on a path of destruction, both from the same background, though from different sides of the tracks, both are in need of saving in their own way and spending the time together they learn the lessons in life they have been searching for. The story does show us how two people who are on the last legs with the rest of the world giving up on them can fall into each other’s lives without needing a relationship just friendship to put their lives back on track.

Settings – The film is set in the deep south where you can still see the divide between the white and black families, while we don’t see the racial hate between the two either. This shows the struggle both are having with lives in a dead end feeling town.

Scene of the Movie – Performing live.

That Moment That Annoyed Me – We learn snippets of the past, but not enough to make us truly understand the motives in the younger life.

Final Thoughts –This is a good redemption story that shows the struggle of small town America, how two different people can come together to help each other through their struggles and showing the right path can come from an unlikely source.

Overall: Redemption is what we want to see. 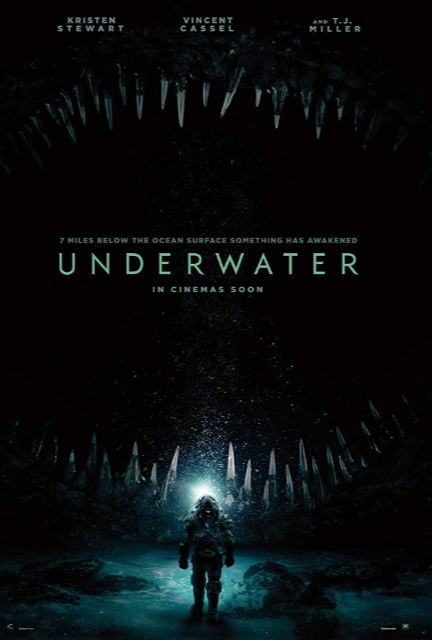 Synopsis – A crew of aquatic researchers work to get to safety after an earthquake devastates their subterranean laboratory. But the crew has more than the ocean seabed to fear.