Plot: After a wealthy banker is given an opportunity to participate in a mysterious game, his life is turned upside down when he becomes unable to distinguish between the game and reality.

Story: The Game starts as wealthy banker Nicholas Van Orton (Douglas) has spent his life working forgetting to have fun, his rebellious brother Conrad (Penn) turns up to celebrate his birthday which sees him giving him a gift, one that would let him take part in a game that will change his life. Nicholas reluctantly decides to go through the process, finding himself involved in the game, which starts to fade his reality.

As the events continue, Nicholas does start to see his very controlled life start to get out of control with only a random waitress Christine (Unger) around for him to trust, can Nicholas unravel the mystery to save his career or will he lose the game.

Thoughts on The Game

Characters – Nicholas Van Orton is a banker that is in complete control of his life, he isn’t friendly to everybody he meets in life and is distant from most of his family, he is excellent at business, he gets a different present from his rebellious brother, which sees him break out of his controlling method of life to play along with an uncontrollable game where he doesn’t know what is or isn’t real, learning to navigate and try to stay one step ahead of the game. Conrad is the rebellious brother that has had personal problems in the past, he gives Nicholas a present, claiming it helped turn his own life around, only for this gift only make his brother’s life more difficult. Christine is a waitress that Nicholas gets fired, he must work with her even if she might in fact be involved in the game herself. Jim Feingold is the man behind the invitation, he has Nicholas give him plenty of information before unleashing everything to get into Nicholas life.

Performances – Michael Douglas is wonderful in this leading role, he plays the controlling businessman with ease and watching him lose control of his life is a performance you feel was made for Douglas. Sean Penn is wonderful in the supporting role, where we see how his character’s life has been affected by the game. Deborah Kara Unger in her supporting role does shine, with the rest of the supporting cast all working very well through the film.

Story – The story here follows a controlling businessman that decides to step away from his routine to play a game bought to him as a present by his brother, once the game has started he sees his life start to fall apart as he tries to figure out what is real and what is part of the game. This is a story that does keep you on your toes through the film as it does just keep trying to spin on everything going on. We do have an overall message going on which does show the Nicholas needs to become more open in his life, which is the point of the game, trying to teach them how important life is too. The fact that this film just keeps us guessing is what is the most important part of the film, nothing seems like reality, but it could be real, which is why this is such an impressive story.

Mystery – The mystery in this film keeps us wondering whether this is a game or whether there is something more intense going on, the fact we can balance this so effortless makes this one of the best mystery films you will see.

Settings – The film is set in San Francisco which does show how a successful businessman will operate in a city know or think he knows all the shortcuts to make it through the difficult times. 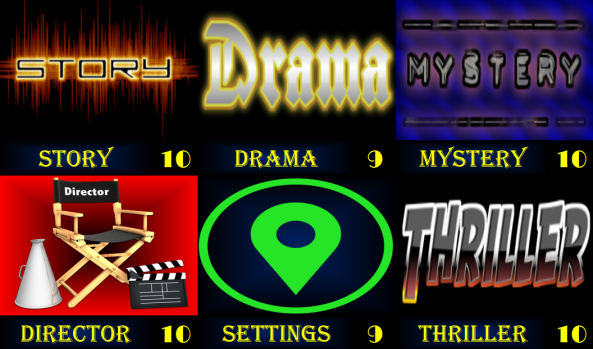 Scene of the Movie – Rooftop.

That Moment That Annoyed Me – Who took his kids at the zoo?

Final Thoughts – This is one of the most intense mystery thrillers ever made, we are truly kept wondering just what will happen next balancing on whether this is real or not.

Synopsis – Feature adaptation of Frank Herbert’s science fiction novel, about the son of a noble family entrusted with the protection of the most valuable asset and most vital element in the galaxy.