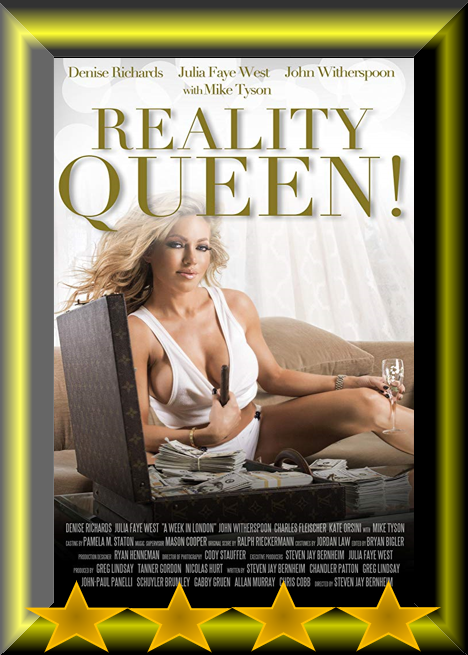 Tagline – Is London a marketing genius, or is she simply the accidental beneficiary of an overwhelmingly ignorant American public?

Story: Reality Queen! Starts is as we learn about celebrity London Logo (West) has risen to fame as an heiress, she has no talent and is shallow as they come. British journalist Diane Smelt-Marlin (Orsini) is running a story about London, which means she gets close to her, learning more about her attempts to remain relevant in the eyes of the world.

Diana learns how London relies on Winston Spritz (Lester) to handle all her problems, her fashion designer Simon Debris (Colley), her best friend actress Angelina Streisand (Richards), while trying to out do her rival Kristy Kim (Kita). 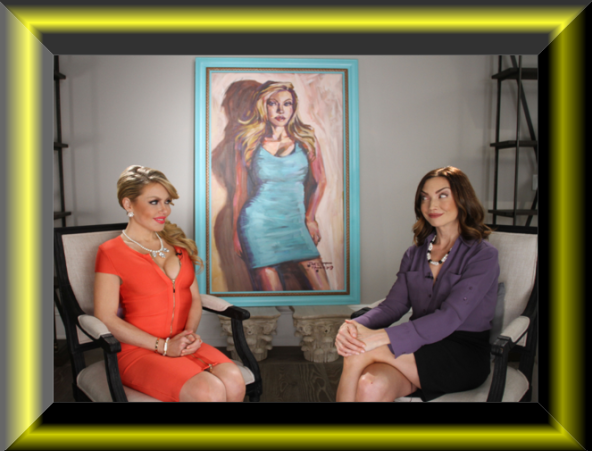 Characters – London Logo is a celebrity heiress who has becomes an international role model without doing anything worthwhile, her clothes inspire fashion trends, her social media is followed by millions, she is meant to be as dumb as they come, including thinking she has the smallest dog, when it is a gerbil. Angelina Streisand is the actress best friend of London, she does seem to stick around out of enjoyment of the high life. Diane Smelt-Marlin is the reporter trying to get a story about London and the more she talks and spends time around London, she learns more about the reality life that the famous try to hold onto. Winston Spritz is the man that cleans up any problems that London finds herself in, almost being a personal butler to London.

Performances – Julia Faye West truly brings this airhead character to life being just how most people would imagine a pointless celebrity to act life. Kate Orsini brings us a more grounded in reality character in the journalist, which the different between the two characters. Denise Richards being one of the biggest names in the film gets to give a strong supporting performance while Loren Lester gets plenty of laughs in what is a completely straight-faced character in the film.

Story – The story here follows an interview being prepared for a rich celebrity who is famous for being famous, as we see how she has somehow stayed on top of the industry for so long. The story is told in a mockumentary style which gets to have plenty of fun at the famous for being famous pointless reality celebrities we see flooding our screens, either television or social media, going behind the scenes means we get to see how London thinks her life is hard when she will do silly things believing it will be her important. For a story to make this much fun at the reality stereotypes, you simply can’t love it because they have taken up too much time, been popular and given the wrong messages across for years.

Comedy – The comedy is perfectly used to parody the reality celebrities that flood the screens, you will laugh at just how outrageous certain statements or actions are from somebody who thinks they are above everybody else.

Settings – The film here shows us everywhere you would imagine seeing a reality star hanging out, the mansion they call home and their transport used for getting around town. 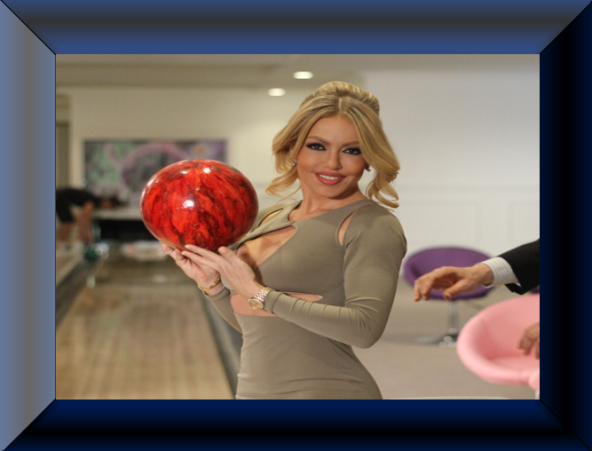 Scene of the Movie – The search for the micro dog.

That Moment That Annoyed Me – The beach scene.

Final Thoughts – This a comedy that manages to perfectly make fun of the reality star’s lives, it will show off just why people dislike them and how they think they are important for the world.