Plot: A lone scientist maintains an underground bunker for the coming global nuclear disaster. But after becoming prematurely isolated, he slowly begins to question his own reality and whether he is truly alone.

Tagline – Terror in the 21st Century

Story: It Lives starts in the near future, where scientists have been set on solo mission to underground bunkers, Roy (Kinsler) is one of these scientists, he must live alone in the bunker follow answers from a computer system that can’t see errors happening and needing fixing.

When the unthinkable happens and the nuclear disaster happens on the surface, Roy is facing years alone preparing to return to the surface, but not everything is what it seems for Roy.

Thoughts on It Lives

Characters – Roy is the only character we meet, a specially selected scientist to run an underground bunker in case of a nuclear disaster on the surface, he struggles to follow the rules at times and soon finds himself question his own sanity when he believes something isn’t right here.

Performances – Andrew Kinsler must carry this movie with his performance, well certain moments he is strong, it does struggle to capture our attention to the levels required for a solo performed movie. 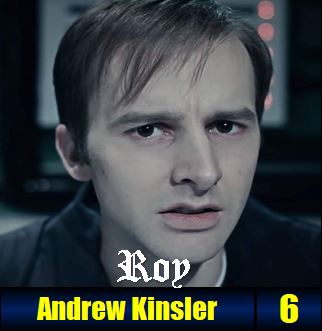 Story – The story here follows a scientist that has been placed in a bunker to prepare Earth for after a nuclear disaster which hasn’t happened yet, he soon starts to lose his mind and question just what is real or not. We are left to wonder along with the character whether this is just a test, or a nuclear disaster does actually happen. This on paper is a wonderful idea, the execution is what holds this film back at times because it soon descends into a story we have seen before offering nothing other than a man losing his mind and running around.

Mystery/Sci-Fi – The mystery revolves around why he is in the bunker, mostly what is he doing in there to keep himself occupied before turning into what is he thinking is going on. The sci-fi elements show us just how the world could go if things were to go this way.

Settings – The film is set within the bunker, it keeps the action in the film feeling contained which is all we want for the most part of the film.

Special Effects – The effects are used well and only when we need them, this is another plus for this movie.

Scene of the Movie – The infection.

That Moment That Annoyed Me – We don’t get sucked into this film on the level we should do.

Final Thoughts – This is a film with a lot of potential, it doesn’t reach it all, but by the end you will be scratching your head.

Overall: Just as unsure as Roy. 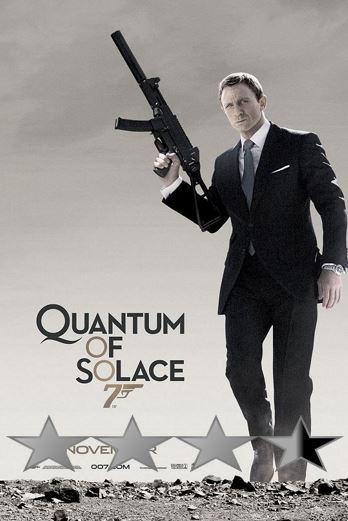 Plot: James Bond descends into mystery as he tries to stop a mysterious organization from eliminating a country’s most valuable resource.

Tagline – Have Regrets. Get Revenge.

James travels to Haiti where he meets Camille (Kurylenko) a woman working with Dominic Greene (Amalric) who has been planning making a fortune on his own desires within the organization, Bond does continue to break the rules pushing M to the limits of her acceptance.

Thoughts on Quantum of Solace

Characters – James Bond is filled with vengeance after what happened in Casino Royale, he wants to hunt down the people involved within in the organization, he starts to go rogue in the eyes of the people in MI6, which sees him killing people before getting the information desired. He will go above the duty to get the people involved. Camille is the lady dating Dominic Greene, she has her own reason for being close to him and ends up working with James to get her own revenge on the organization. Dominic Greene has been working within the organization, he has a plan which will see him gain control of the nature resource with the idea to hold a country to ransom for the resource. He isn’t the most interesting villain in the franchise becoming of the more forgettable. M continues to get a large role within the franchise, here she is trying to decide whether to keep James in the field or not, getting tired of him breaking the rules.

Performances – Daniel Craig does continue to handle the action side of the film well, he could easily be an action spy without the big name slapped to his character. Olga Kurylenko is fine as a Bond girl, she doesn’t get to bring anything overly new to the role though. Mathieu Amalric doesn’t get enough to work with for his villainous role, he is largely forgettable, though this isn’t about his performance. Judi Dench has suddenly become the most interesting character in this franchise, which is strange and you do want to see all her scenes.

Story – The story continues to follow the first mission from James Bond as he has unfinished business with how that ended, he must investigate the organization that happens to be bigger than MI6 even knew about. By having a continuing story both works in the films advantage and against it, because you wouldn’t be able to watch this one without seeing the previous one, though it is nice to see a word building process happening. Keeping James on his first mission does continue to make the story feel fresh because we are seeing just how many reckless decisions he will be making through the mission. When it comes to the villain, we get a largely forgettable motive and he never feels like a danger to James.

Action/Adventure – The action continues to be the highlight of the film, we a much more edge of your seat feeling to the chase sequences being used in the film, with the adventure side of the film continues to take James around the world.

Settings – The settings in the film takes James around the world to investigate the organization. 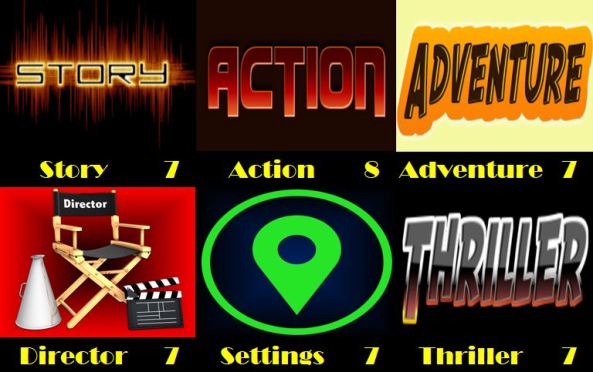 That Moment That Annoyed Me – The villain being forgettable.

Final Thoughts – This is a sequel that works well for the franchise because it continues to show us how James is learning from his mistakes on the job.

Overall: Sequel that helps the franchise. 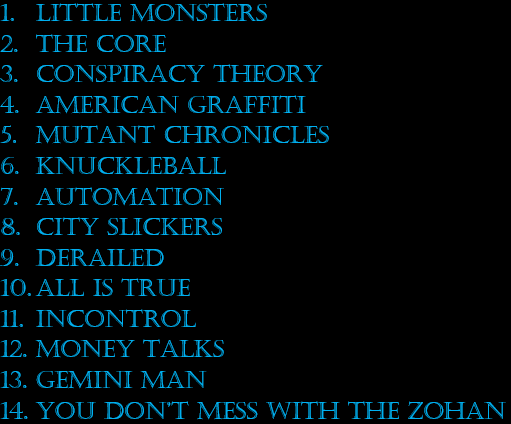