Plot: Members of a world-renowned string quartet struggle to stay together in the face of death, competing egos and insuppressible lust.

Story: A Late Quartet starts as we meet the world famous quartet, Juliette (Keener), Peter (Walken), Robert (Hoffman) and Daniel (Lerner) who are planning their next performance, as they like to bring their crowd something new each year.

When Peter is diagnosed with Parkinson’s he is left to make a difficult decision to face retirement, meaning he needs to find a replacement, which sees the rest of the quartet going in search for their own roles in the quartet, while deciding how they can carry on going.

Thoughts on A Late Quartet

Characters – Juliette is married to Robert and while being part of the quartet, she is going through her own problems after Robert cheats on her, she must figure out whether this choice of a musicians was worth it or not, as well as trying to reconnect with her daughter. Robert cheats on his wife Juliette as he must try to make amends of his error, while trying to improve his position within thee quartet. Peter is the one that becomes sick, he is thinking about retirement and while he is getting his treatment, he learns the rest are caught up in the middle of a relationship mess. Daniel is the most talented member of the quartet, he ends up making his own mistake in life which causes even more problems within the quartet.

Performances – We have a stunning cast here with two Oscar winners and another nominee, Keener, Walken, Hoffman all show why they are considered the best of the acting world, while Mark Ivanir and Imogen Poots brings us performances that can keep up with their successful cast mates.

Story – The story here follows one of the most famous quartets in music, they have 25 years of history together, when the oldest member becomes sick, the remaining three must decide whether to find a new member, while dealing with their own personal problems which could bring about the downfall of the quartet. Sure, some of the relationship drama isn’t anything new, but knowing the couple must continue to work together shows how personal and professional lives can easily clash when it comes to being successful in this field. One side of the story we could have seen more from would be the music side.

Settings – The film is set in New York a perfect choice for this quartet to be located and performing in.

Scene of the Movie – The performance.

That Moment That Annoyed Me – We don’t get enough focus on Peter’s illness.

Final Thoughts –This is a wonderfully acted drama that shows the lives of a quartet. 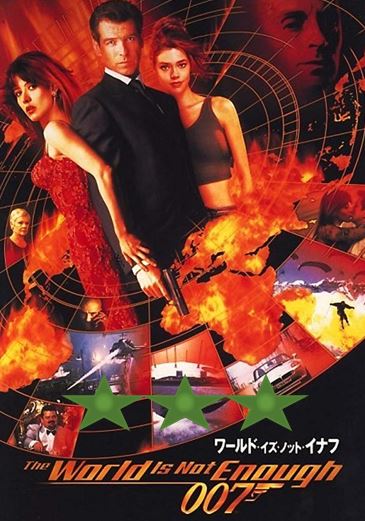 Plot: James Bond uncovers a nuclear plot when he protects an oil heiress from her former kidnapper, an international terrorist who can’t feel pain.

Story: The World is Not Enough starts when MI6 suffers a bomb from within, James Bond (Brosnan) must investigate terrorist Renard (Carlyle) a man that has survive a gun shot to the head, James works with daughter of the murdered man Elektra King (Marceau) who he does believe is the only connection to the terrorist, be it working with or the next target.

James starts working with Dr Christmas Jones (Richards) a brilliant scientist and Renard reveals his plan which involves transporting a bomb through an oil pipeline for his own destructive plan.

Thoughts on The World is Not Enough

Characters – James Bond is back once again, he continues to fight for his country, he is the only one who suspects Elektra being behind her own father’s murder, his methods involve him pretending he is dead this time around. Elektra King is the heiress of an Oil tycoon, she was once kidnapped by Renard, with MI6 helping with her rescue, she welcomes Bond into her world after her father is murdered, even if she has her own plans. Renard is a known terrorist, he survived a bullet to the head which means he can’t feel pain, making it hard to fight against, he doesn’t have limits to what he will do. Dr Christmas Jones is a nuclear scientist that works with James to stop the potential nuclear threat.

Performances – Pierce Brosnan is still a good choice for Bond, he has made this own figure which is all we want from a Bond film. Sophie Marceau takes on the role as a seductive Bond villain which does work very well for the film, with most of her scenes being the best in the film. Robert Carlyle feels almost wasted in his role because the character has so much more potential than we get here. Denise Richards on the other hand struggles to be believable in her role for most of the film.

Story – The story here takes James Bond on his latest adventure to stop a terrorist and oil heiress that want to take over the world because money simple isn’t enough for them. The story does feel confusing because we never truly know what the aim of the villains is and if it does, it doesn’t feel complete explained. We have the traditional formula we all know, it works without being anything new to the franchise, Bond does his job gets the girl and saves the day. We do try to build up some of the supporting members of MI6 which just felt like filling rather than anything important. We do feel like we have some characters wasted, others missed cast, but in the end everything is watchable for the franchise itself.

Action/Adventure – The action gives away the best scene with the opening chase through London, it is easily the most memorable part of the film for the action because everything else always feels too busy.

Settings – The film continues to take us around the world on James’s missions, this time we focus on the path between Asia and Europe, which works for the oil side of the story, but doesn’t give us many beauty spots like previous films. 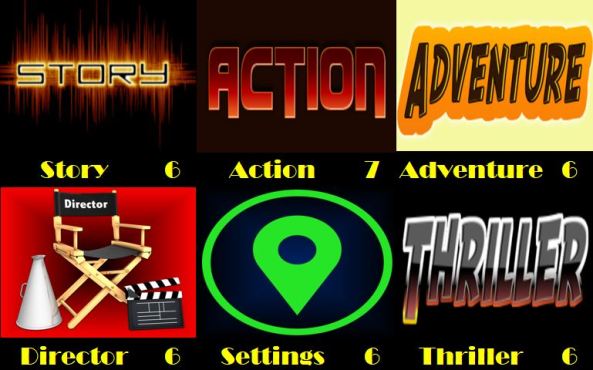 That Moment That Annoyed Me – Wasting Carlyle character.

Final Thoughts – This is an average Bond film, if you have followed the franchise you can enjoy this one enough, but it wouldn’t be the one to draw in the unknown audience.