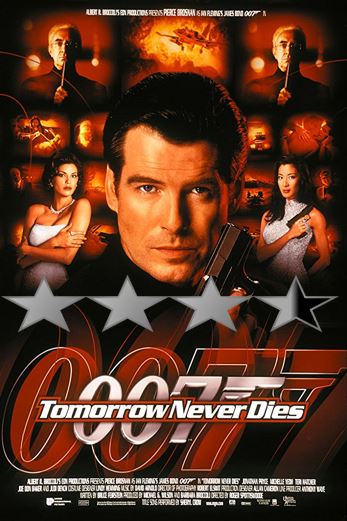 Plot: James Bond heads to stop a media mogul’s plan to induce war between China and the UK in order to obtain exclusive global media coverage.

Tagline – The Man. The Number. The License…are all back.

Story: Tomorrow Never Dies starts as James Bond (Brosnan) completes another high-risk mission, before heading home. We move to the Chinese sea, where a British military ship a sunk after a clash with Chinese fighter planes, with both sides suffering causalities at the hands of media mogul Elliot Carver (Pryce) who is building stories for his own benefit.

James must investigate this latest case using his connection to Elliot’s wife Paris (Hatcher), James is joined by Chinese agent Wai Lin (Yeoh) as they look to stop Elliot’s plan before the next world war is started.

Characters – James Bond is back once again, his past is once again the reason he is selected for this mission, we know how he acts, how he can be stealth with his investigation and survive being outnumbered, we don’t learn to much new about him here, just more of the same. Elliot Carver is the media mogul that wants to create his own headlines by starting his own war between China and Britain. He believes he will control the worlds media if this war starts. Wai Lin is the Chinese agent who starts working with James for her side of the potential terrorist attack, she can handle herself in combat, being given fight sequences unlike most female Bond characters. Paris Carver is the wife of Elliot, she did once have a fling with James, which is how James gets into the party to start with, she gets put in the difficult position of choice her power hungry husband or her former fling.

Performances – Pierce Brosnan’s second outing as Bond, sees him handling the comic moments better, he feels like he has grown even more into the role, where he has made his own version of the Bond character. Jonathan Pryce does make for a great villain, his character needs to be well-spoken which Jonathan does bring to the part. Michelle Yeoh does seem to break the trends of the Bond girl figure, being able to handle herself in the fight. Teri Hatcher might have a smaller role, but it works for what the film needs.

Story – The story here follows a media mogul that wants to create a new war between Britain and China, so he can have full control of the media outlet in the world that only James Bond can stop. This does bring us a new villain with a master plan that is way over the top which does work, the investigation does seem to feel like it blends into the action, unlike most of the film in the franchise. The idea the media wants to control the affairs of the world does seem more realistic to what is happening now. The story might end up playing out how you would imagine, though it does feel more connected than the previous ones.

Action/Adventure – The action in this film is brilliant, we have one of the best chase sequence in the franchise has ever offered, we have the Bond girl bring able to handle herself in fights too. The adventure does take James around the world, might like what we have come to expect.

Settings – The film uses the setting to make memorable moments, be it the chase or the final base battle. 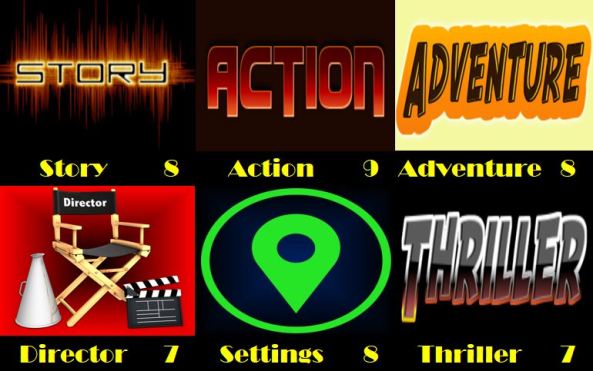 Scene of the Movie – Motorbike chase,

That Moment That Annoyed Me – It has dated with the media moguls plan.

Final Thoughts – This is a fun addition to the franchise, it does have the smoothest action which seems to be strong in the 90s film and a villain that does feel realistic.