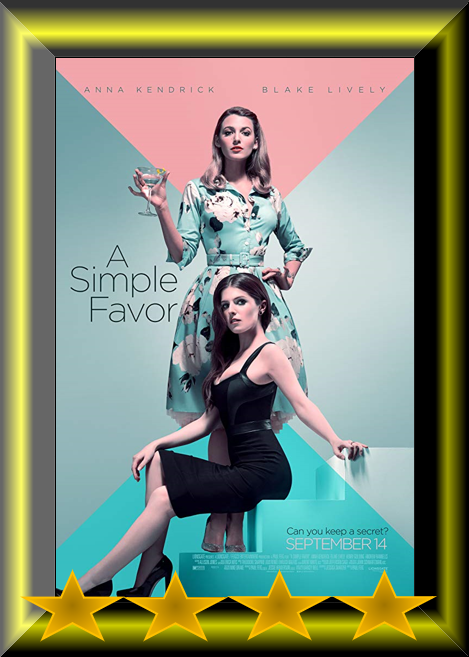 Plot: Stephanie is a single mother with a parenting vlog who befriends Emily, a secretive upper-class woman who has a child at the same elementary school. When Emily goes missing, Stephanie takes it upon herself to investigate.

Tagline – We all have secrets to hide.

Story: A Simple Favour starts when parental blogger Stephanie (Kendrick) present her latest show, calling for help to locate her new best friend Emily (Lively), leading to flashback to how they met, through their kids at school and a play date between the two friends.

Stephanie decides to investigate the disappearance of Emily and becoming friends with her husband Sean (Golding) and the case is only waiting for the mystery to be solved. 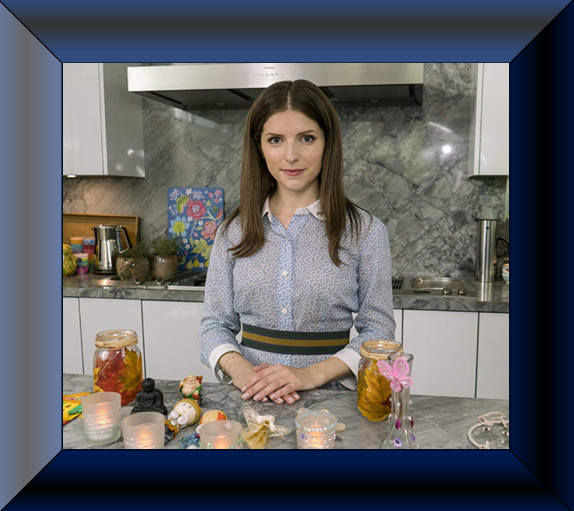 Thoughts on A Simple Favour

Characters – Stephanie is a single mother who runs a vlog for other parents, mostly on cook, but other life issues parents could face, she has a quirky little life always keeping busy helping around the school. She becomes unlikely friends with Emily and her caring nature sees her offer to look after the children, before her wanting to investigate the disappearance. Emily is the businesswoman who is known as being quite cold in personality with her high class status, she enjoys a drink to get through the day and doesn’t look like the sort of person that would be friends with anybody. Sean is the husband of Emily that is an author that has been struggling to find the motivation on his latest book.

Performances – Anna Kendrick is wonderful in the leading role bringing her innocence to the role always looking like she is the girl next door. Blake Lively easily gives the performance of her career her being a controlling woman. Henry Golding had a wonderful year in 2018, with this top supporting performance too.

Story – The story follows a single mother with a safe normal life that befriends the high-class woman and becomes best friends only for her to disappear and Stephanie goes in search for answers, only to find a truth she isn’t prepared for. This is a story that starts with the mystery of what happened to Emily, it offers up plenty of what if, with the mystery about what happened coming through strongly, it does go in a direction that you shouldn’t be able to solve which is nice and is filled with style because Stephanie is a woman that you would never see in this position and thrives from the new excitement in life. The story is filled with plenty of twists along the way which will always keep you on your toes which is fun too.

Comedy/Crime – The comedy from the film comes mostly from how Stephanie enters this new lifestyle and how the other single parents act towards everything. The crime side of the film focuses on the crime and mystery behind the disappearance.

Settings – The film uses the settings to help evolve the story and shows just how out of her comfort zone Stephanie finds herself in. 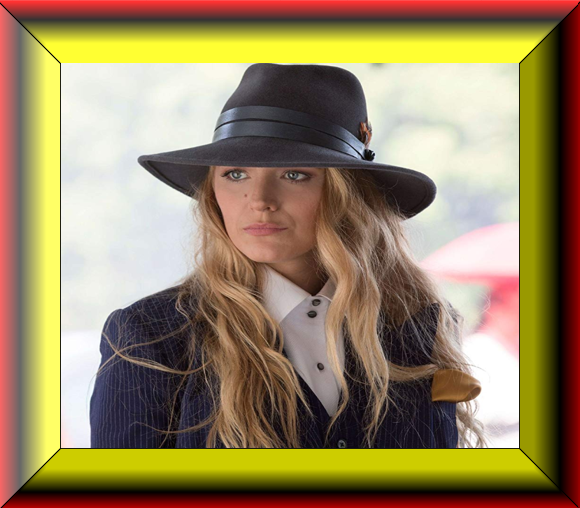 Scene of the Movie – The single parents gossip time.

That Moment That Annoyed Me – It could have one too many twists for its own good.

Final Thoughts – This is a slick and stylish thriller that has plenty of twists and turns along the way, it puts people outside of their comfort zones just to show what people could be.