Verdict: Back to the Best

Story: Diamonds are Forever starts as James Bond (Connery) goes out for blood in his battle against Blofeld (Gray) killing him in his base, returning home James gets his latest mission to learn about a mysterious diamond smuggling ring, first sending him to Amsterdam.

James going undercover becomes part of the ring where he finds himself in Las Vegas joined by Tiffany Case (John) to find out just who is the mastermind behind the ring.

Thoughts on Diamonds are Forever

Characters – James Bond gets to finally take care of his arch nemesis Blofeld before going on his latest mission going undercover searching for diamonds, he shows us his usually swagger, getting the women along the way as he looks to solve this latest mystery. Tiffany Case is one of the connections in the chain of the diamond smuggling, the first one James makes contact with, she must learn the help along the way to get out alive. Blofeld is the old enemy that James gets to take care of early on, the man that has held James up from multiply other mission. We do get to meet plenty of people involved in the ring which only make James’s mission more difficult.

Performances – Sean Connery is back and back to his best in this outing as the iconic spy, it is great to have him back even if it is only for one last time. Jill St John is good as the Bond girl for the movie though offers nothing new for the series. Charles Gray keeps the role of Blofeld nicely giving us just what we need from the villain role.

Story – The story here shows James finally getting his hands on Blofeld before needing to head off on a new mission, one that gives him everything he wants, beautiful women, casinos and a villain he wants to stay ahead off. This story plays out just like one of the more famous ones in reverse which becomes very interesting to watch, it has everything you need for the latest adventure for Bond, a villain that is prepared for the intelligence of Bond and the world needing saving once again. This does feel like it has given the life back to the franchise which needed to be bought back from the weaker outings, the story is simple enough and continues to keep us watching along with Bond.

Action/Adventure – The action is good even if the fights are simple enough to show how Bond can beat most in combat. The adventure just takes Bond to new and old locations for his mission.

Settings – From Amsterdam to America, we get a much more knowledge set of locations with the bases being in locations which would make sense for a super villain to be hiding in. 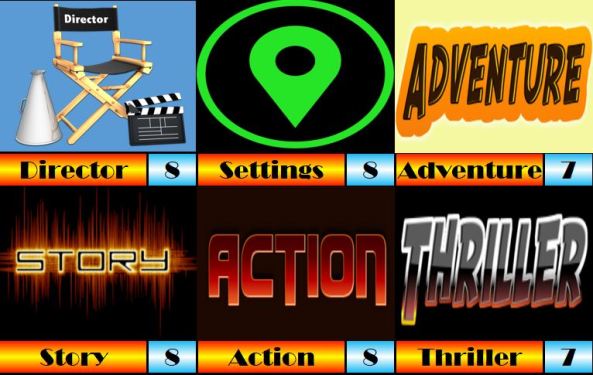 Scene of the Movie – The base attack.

That Moment That Annoyed Me – They seem to be too friendly Bond and Blofeld.

Final Thoughts – For the Bond franchise this is a new feel to them, one that is more interesting and strong then the last few instalments.

Overall: Returning to what we want to see.