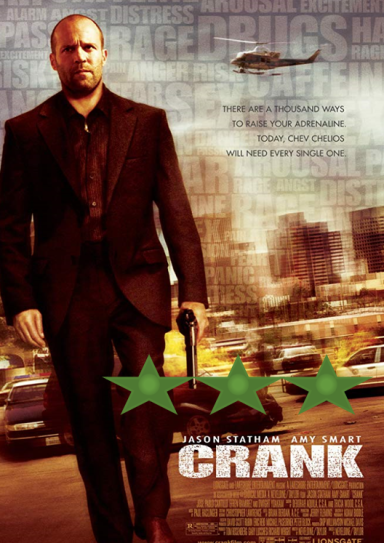 Plot: Professional assassin Chev Chelios learns his rival has injected him with a poison that will kill him if his heart rate drops.

Story: Crank starts when assassin Chev Chelios (Statham) has been poisoned by his rival assassin Verona (Cantillo) in an attempt at revenge for a job gone wrong. Chev has one hour to live before his heart stops, he learns that if he can keep his adrenaline up, he can remain focused and keep himself alive for longer, which sees him racing around LA in an attempt to locate Verona.

With Chev leaving a host of bodies in his path, he finds a way to keep his heart rate up thanks to his trusted doctor Miles (Yoakam) as he starts to face his own fate before seeking his own girlfriend Eve (Smart) to tell him his mistake.

Characters – Chev Cheilos is an assassin that has been drugged while knocked out, he has one hour to live unless he can keep his heart rate up, he uses all his violent side to keep his heart rate up as he searches revenge before his time runs out, he uses his connections and isn’t afraid to attack either side of the law. Eve is Chev’s girlfriend, she doesn’t know about his life as an assassin thinking he has a normal everyday job, she doesn’t understand to start with just what is going on. Verona is the man that has poisoned Chev, he is enjoying the idea of getting one over Chev, only he doesn’t want to face the consequences. Kaylo is the connection around town, he looks for the people that Chev wants to find keeping his ears to the floor.

Performances – Jason Statham is the clear star of the film, he gets to unleash all his action star potential, while using his straight-faced delivery to get a couple of laughs along the way. Amy Smart is mostly the damsel in distress figure, she doesn’t play the smartest character doing what she can with it. Jose Pablo Cantillo is the main villain only he doesn’t feel like a threat to Chev in his performance.

Story – The story here follows an assassin that must race against time to get revenge on the people that have poisoned him before the poison in his blood ends his life. The story isn’t going to be get into any levels of deep, which is all we need it too be, it is just one man on a rampage, it does have a real-time feeling to everything as Chev only has an hour to live. We get the usual dealings with gangs always searching for power which is why the two sides are going to war with Chev in the middle of it all.

Action/Crime – The action in the film is wildly over the top with each fight, chase or incident becoming larger in scale as the film roles on, with the crime side of the film taking us into the criminal world seeing how the assassins and leaders try to stay in control.

Settings – The film is set in LA which helps the film show us just how busy the streets would be, with the criminal behaviour happening around every corner too.

Special Effects – The effects are used to show the different levels of suffering that Chev is going through, be it the blurred vision or seeing how his heart is shaping up after or before an incident. 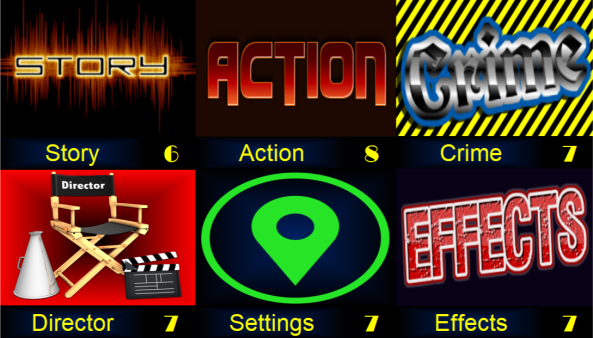 Scene of the Movie – Final showdown.

That Moment That Annoyed Me – It is hard to support Chev either after what has happened to him.

Final Thoughts – This is a non-stop action adrenaline ride, once it starts it just doesn’t stop which show the energy needed to make this film work on so many different levels.

Overall: Fun and over the top.

This has been selected for Z because of the director ‘Travis Zariwny’. 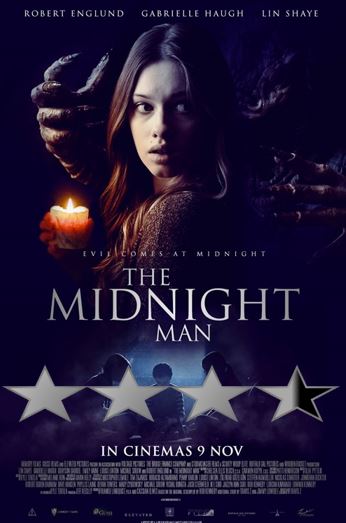 Plot: A girl and her friends find a game in the attic that summons a creature known as The Midnight Man, who uses their worst fears against them.

Story: The Midnight Man starts with a young lady Alex (Haugh) caring for her elderly grandmother Anna (Shaye) who does have a dark past, when Alex and her friend Miles (Gabriel) discover a mysterious box in the attic, it sends Anna crazy forcing a Dr Harding (Englund) to check up on her.

When Alex and Miles decide to play the game from inside the box, they unleash the Midnight Man, a figure that will come and haunt its victims with their own fears if they don’t follow the strict rules of the game. They must now battle to survive the night against the deadly supernatural enemy.

Thoughts on The Midnight Man

Characters – Alex is a young lady who has been caring for her elderly grandmother, she lost her parents at a young age, she follows her routines put in place, until she takes part in the game bringing the Midnight Man to life. We don’t learn much about her life away from caring for her grandmother though. Miles is the best friend that has come to keep Alex company, there is hints of a romantic interest between the two, he is happy to play along with the game, but is the only one to search for the full rules before playing. Anna is the grandmother that played the game when she was a child, seeing her friends take by the creature, she has barely left the house since. Her secrets are kept from Alex though. Dr Harding is the trusted family doctor, but he too has a secret with his connection to the Midnight Man.

Performances – Gabrielle Haugh takes the leading role and she doesn’t do anything wrong here either, she shows the caring side needed and the smart side when it comes to fighting back. Grayson Gabriel is solid too, without needing to do too much. We do have horror legends in Robert Englund and Lin Shaye who both deliver everything to show their experience in this genre.

Story – The story here follows two friends that accidentally unleash the game of the Midnight Man who brings to life their biggest fears. The story does come from a CreepyPasta which means it could become one that catches fire in the horror community. The rules laid out are long, but effective to create the Midnight Man figure and using the ideas of your fears is an easy way to get away with in horror. We do have a few twists along the way, but otherwise we will get everything we need for a simple and effective story.

Horror – The horror from the film comes by using the creation of the Midnight Man, he has a unique look and how he uses his rules, he can create the fears needed. The kills are built into the horror, with age not being something this film is scared of using.

Settings – The film is set in one location, the house, which is part of the rules, this is effective and does help play into the idea that playing supernatural games are not a good idea.

Special Effects – The effects are used to show how the kills happen, they are effective and feel more practical than CGI. 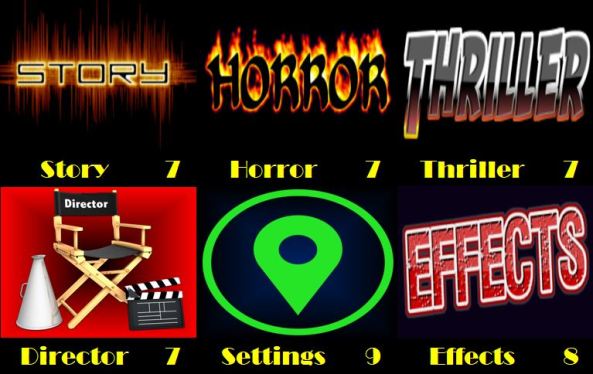 Scene of the Movie – The game rules.

That Moment That Annoyed Me – If Alex had a fear of blood, she wouldn’t get involved in anything involving blood.

Final Thoughts –This is an interesting idea for horror, it does create a new villainous figure that could strike fear into people.