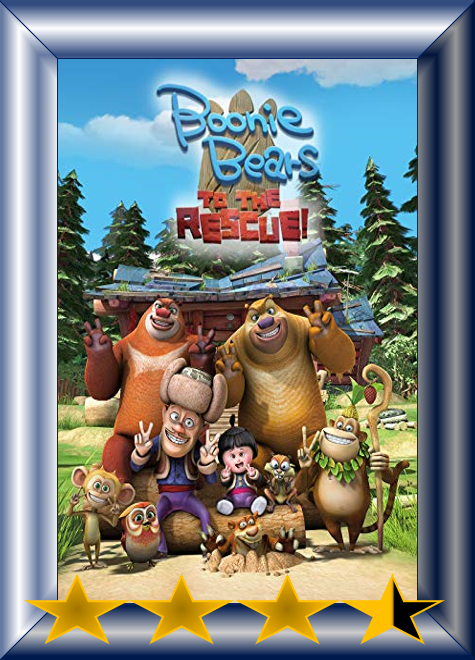 Plot: Make way, all-the forest has an unexpected visitor. The Bear Brothers and Logger Vick are shocked to discover a tiny baby girl in their sprawling territory among the pines. But the long-time enemies instantly warm to this lost little angel and in order to care for her, agree to the unthinkable: They establish a truce. Yet even as these rough-and-tumble outdoor hombres undergo an uproarious crash-course in infant care, danger lurks on the edge of their paradise.

Story: Boonie Bears: To the Rescue starts as Logger Vick clashes once again with the bear brothers Briar and Bramble, who manage to steal his new tool case, leaving Vick with another case, which happens to contain a baby girl, one that has been missing for a week.

When Vick tries to do the right thing for the baby, he only finds himself on the run from the law and the original kidnappers, before he reluctantly teams up with his enemies Briar and Bramble to return the baby. 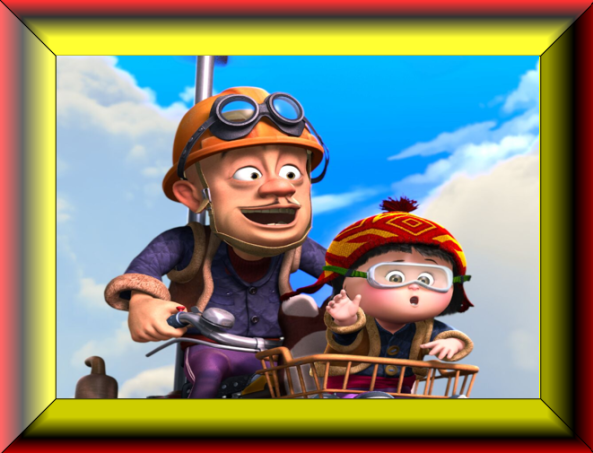 Thoughts on Boonie Bears: To the Rescue

Characters – Logger Vick has been working on cutting down the trees in the forest, which has seen him become rivals with a couple of bears, his rivalry has seen him spending more time trying to allude the bears, than dealing with his actual job, when his latest equipment is take by the bears, he learns a new responsibility when he must take care of a baby who has become lost in the forest. Briar is the smarter of the two bears, he always has a plan in mind and lets Bramble learn his correct place in the couple’s plans. Bramble does focus on getting most the laughs between the bears, he is meant to be the dumber of the two which comes off clear, with how he deals with keep Lola happy. Lola is the baby that ends up under the care of the unlikely partnerships between bitter rivals.

Story – The story here follows the unlikely union of the television show character Logger Vick and the brother bears Briar and Bramble as they want to protect a little baby girl they find in the forest, who is being tracked down by criminals. If you have seen the TV show, you will enjoy seeing the unlikely union, think Bugs Bunny working with Elma Fudd. If you haven’t seen the TV show you will see how characters similar to Yogi Bear and Ranger Smith clash over certain things. Having this mixed together we do get a Monsters Inc environment, with the baby being thrown into the hands of people and animals with no idea how to raise them and them finding comical ways to make her happy. This is clearly marketed for a younger audience and you can see why they would be happy to sit and enjoy the characters adventures.

Adventure/Family – The adventure side of this film shows us just how far the unlikely group will go to save a baby, it has plenty of references to other adventure films too, while this might be one that is targeted more for the younger members of the family, parents could enjoy watching with their single figured aged children.

Settings – The film uses the settings to get an extra laugh here and there, as it shows us just how the three characters live with their own rivalry.

Animation – The animation in the film does look like it has come from a TV show, which still makes it look fantastic throughout. 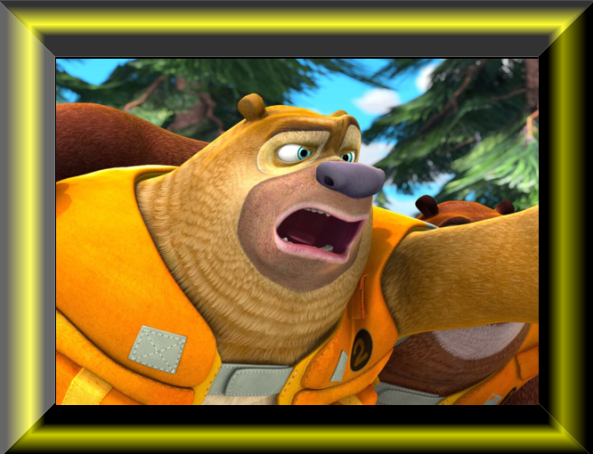 Scene of the Movie – The bonding between the three.

That Moment That Annoyed Me – Being unsure what the rivalry between Logger Vick and the bears really is.

Final Thoughts – This is a fun family comedy that will keep the younger audience happy throughout the film, it does have a big heart at the centre and could be compared to Monsters Inc and Yogi Bear with ease. 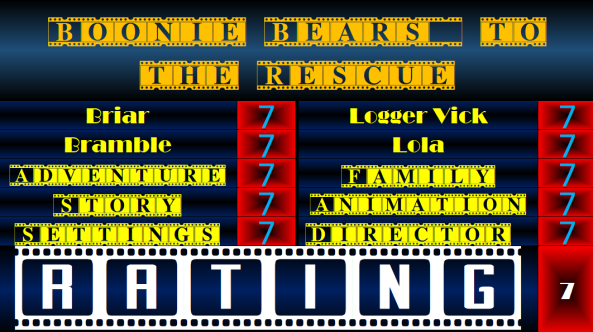