ISABELLE will be available on Sky Store, iTunes and UK digital platforms from 30th September

Plot: After uncovering the CIA’s ruthless master plan for world domination by gaining complete mind control over the entire population, top scientist Joseph Markham is ultimately left with a choice: save the lives of billions…or the life of his wife, who has been kidnapped, interrogated, and brutally tortured as she viciously fights for her life. As a nationwide manhunt ensues, deadly assassins pursue, and one man’s decision will determine the fate of the world, Art of Deception is about a fight for life, love and world dominance,

Story: Art of Deception starts as Joseph Markham (Ryan) and his wife Valentina (Nova) are planning their future, with Joseph’s work for the CIA coming to an end, he has been part of project which would redefine the world with the project leader Roland Smith (Waas) wanting to tie up all loose ends that worked on the project.

Joseph goes on the run after learning Roland wants to terminate both himself and Valentina, but Roland isn’t prepared for what is coming next, when he learns that both a highly skilled assassination that know how to survive against the odds, with Joseph needing to make a difficult decision on whether to stop the CIA plan or save his wife.

Thoughts on Art of Deception

Characters – Joseph Markham has been working for the CIA on a top-secret mind control project, it has reached the final stages with the final test being a success. He along with his wife soon become targets for the CIA who don’t want loose ends, which means Joseph will show his skills and training that his boss never knew he had, he will uses his training to stay alive and plan to expose the truth to the world. Valentina is the wife of Joseph, she is just as deadly, despite being held captive, she knows how the stay alive. Roland Smith is the project leader that wants to tie up any loose ends involved in the project, he doesn’t want anybody being able to spill the plans and puts all his effort into killing the Markham’s.

Performances – Richard Ryan in the leading role and on directing duties handles everything very well, with he combat scenes, showing his character’s deadly ability along with using the brains to stay ahead of the game. Jackie Nova brings us the feisty character that is the highlight of her screen time. Leon van Waas makes for the fun over the top villain through the film.

Story – The story here follows a couple that become targets of the CIA after their work for them, where they show their skills to survive and expose the truth about the project. This does follow everything we know from a late night action story, we have a skilled killer that must come out of his retired decision to protect himself, his wife and the world, when the moment comes for him to shine. We do have a villain that does following everything we are expecting to see with his evil plan that does need to be stopped. We can easily sit back and relax through this film, with the feisty dialogue being used through the film too.

Settings – The film does keep the settings simple, we do have the CIA offices which sees the tight corridors when it comes to dealing with the fights and the secret locations where kidnapped people will be held. 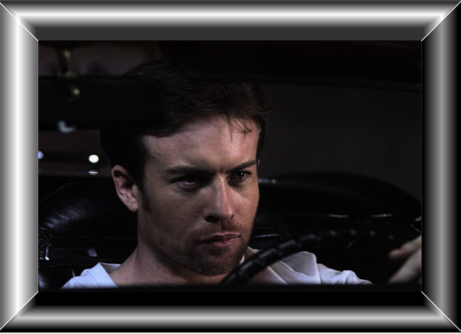 Scene of the Movie – The plan to save the day.

That Moment That Annoyed Me – We could have had more combat sequences from Valentina.

Final Thoughts – This is a fun late night action film that could be enjoyed by all the action junkies, it keeps most things simple, without being down as plain.