Plot: An escort who caters to Washington D.C.’s society ladies becomes involved in a murder case.

Tagline – Everyone loves a good scandal

Story: The Walker starts as high society walker Carter Page III (Harrelson) keeps the ladies of the Washington high society company, with Lynn Lockner (Thomas) being one of his most famous clients. When Lynn discovers a murder, Carter takes up a position to help her not ruin her name for being at this location, while the rest of the society Natalie Van Miter (Bacall), Jack Delorean (Beatty) try to learn his involvement in the murder.

As the case continues to grow, Carter becomes the prime suspect being targeted by the police and the high society that want somebody to take the blame away from their own circle.

Thoughts on The Walker

Characters – Carter Page III has made a career out of mingling around the women of high society, where he walks them in parties to keep them entertained, his actions never put the rumours in the air, until one of the ladies is involved in a murder, Carter sees the once always open doors closing around him, forcing him to uncover the truth to save his own reputation.  Lynn Lockner is one of the most frequent clients for Carter, they have a close friendship which is tested when she is involved in the murder of a man, did she discover the body or have something to do with it? Natalie Van Miter is another one of the high society that enjoys Carter’s company only she doesn’t always play fair with the others in the circle. Jack Delorean isn’t the biggest fan of Carter and certain members of the high society, he is always looking for dirt on them.

Performances – Woody Harrelson is the highlight of the film with his engaging performance in an otherwise forgettable story. Kristin Scott Thomas, Lauren Bacall, Ned Beatty bring their big name presence to the film without making the impact to make you care about their characters.

Story – The story takes us into the high society world where the rich believe they can get away with anything, we follow a walker that mingles with the ladies to keep the business with gossip etc, when a murder is committed, he becomes the prime suspect and must figure out how to clear his name before his reputation is ruined. This story is just like you would imagine, it is a series of conversations from people that are always looking down on people who just want to take each other of their high horses through the eyes of a man desperately trying to stay within the circle. This story could have been extended to give more development to the characters through a television series, which would have been a lot more interesting to watch.

Crime/Mystery – The crime side of the film follows the aftermath of the murder which adds to the mystery as to who committed it and why, we do get plenty of suspects, but most people we meet seem to have a shady reason to be in the position they are in.

Settings – The film is set in the Washington high society world, with flashy parties, massive apartments, everything you don’t see people in natural life. 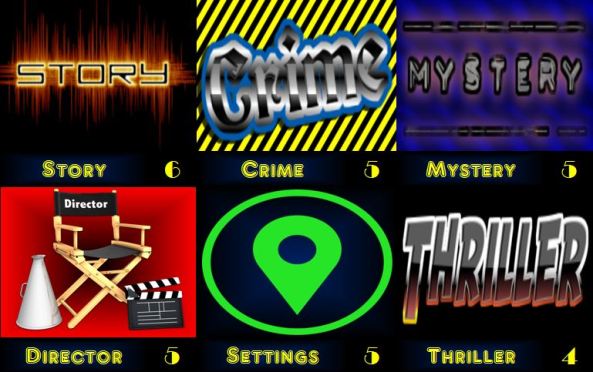 Scene of the Movie – Reporting the murder.

That Moment That Annoyed Me – Not enough time to address the real issues touched on within the story.

Final Thoughts – This is a story that had potential to be much bigger and more interesting only for it to become mostly forgettable with the slow pacing and weak character development.