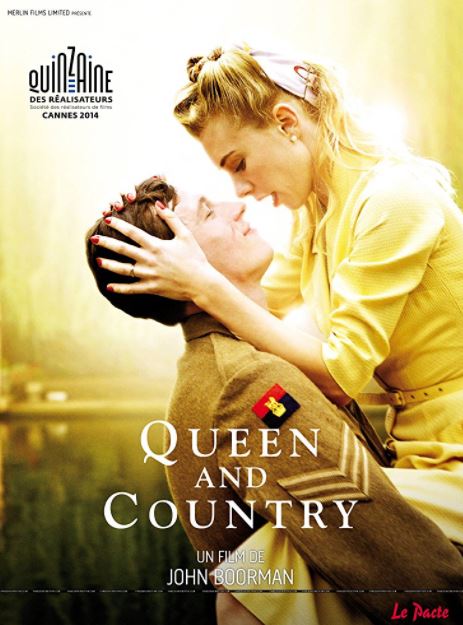 Plot: In this sequel to Hope and Glory (1987), Bill Rohan has grown up and is drafted into the army, where he and his eccentric best mate, Percy, battle their snooty superiors on the base and look for love in town.

Story: Queen & Country starts as we follow Bill Rohan (Turner) drafted to the army to deal with the conflict in Korea, joined by Percy (Jones) who soon becomes his best friend. The two must deal with a by the book Sargeant Major Bradley (Thewlis) which only drives Major Cross (Grant) crazy.

We see how Percy keeps bring up plans while Bill starts to date a mysterious woman Opheila (Egerton), a woman with a past that only adds to her mystery.

Characters – Bill lives on an island in the middle of the Thames, he is drafted the army which gets him to see more of the world, meet a mysterious woman and learn to stand up for himself. Percy is the loud best friend of Bill, who has done everything, he is the one that wants to get ahead of Bradley. Ophelia is the mysterious woman that comes into Bill’s life, she draws him but is keeping her secrets safe.

Performances – Callum Turner is fine in this leading role but just doesn’t capture the levels to make us want to see his character too often. Caleb Landry Jones is the one we want to see the most, he is fun to watch but not the most interesting. The cast are fine but they just come off like posh Brits in roles.

Story – The story is a sequel to a movie, I have never heard off, which is guess doesn’t help too much. We get to see a young man that goes into the armed forces that challenges his superiors while dealing with his own personal problems when it comes to tracking down a mysterious woman that can’t be with him. Nothing that interesting happens in this movie in the way you care enough to see where things go.

Settings – The film takes us from the basic location which show the training camp, but it has our characters coming from the posh backgrounds. 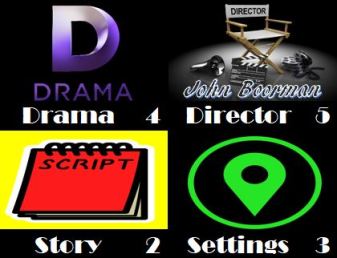 Scene of the Movie – Hard to find one.

That Moment That Annoyed Me – That clock storyline.

Final Thoughts – This is a boring movie that the more I think about things, the more I get bored about what I am thinking about it.