Plot: Left without men in the dying days of the American Civil War, three women must fight to defend their home and themselves from two rogue soldiers who have broken off from the fast-approaching Union Army.

Tagline – Some things are worth fighting for

Story: The Keeping Room starts as during the civil war, Augusta (Marling), Louise (Steinfeld) and their slave Mad (Otaru) must work together to look after their family home together, while the men are out at war, they are getting by with Louise wanting to do more than just work around the house.

The women soon become targets for the rogue soldiers Moses (Worthington) and Henry (Soller), without the normal support they must defend their home before the war comes to them.

Thoughts on The Keeping Room

Characters – Augusta is the lady of the house, keeping Louise in line, while making it fair for everyone under the roof, no matter what their status is. She will be the one that will go for help and risk her life to protect the rest. Louise is the younger of the two women, she doesn’t like being forced into work believing the slave should do it all, her failure to follow instructions only makes it difficult for Augusta. Mad is the slave that has been welcomed as part of the family, joining in the defence of the home too. Moses is one of the soldiers that is leaving a path of destruction as they run away from the war. He targets the women’s home and the women to make his own for the time being.

Performances – Brit Marling is good in the leading role, we see strong performances from the three women if we are being honest, Hailee Steinfeld continues to show her ability, where as unknown Muna Otaru should be a name we pay more attention too. Sam Worthington does a fine job in the villainous role where we see him deliver lines in a disturbing manner.

Story – The story follows three women that must put their classes a side during the American Civil War to protect their home from rogue soldiers that only want to do unthinkable things to them. We get to see how the women do have their own problems to deal without the soldier adding to them, the unsure feeling about whether they will have the men in their lives returning to them. Once the soldiers arrive it does become a survival story which is good, it shows how difficult and risky it would be for either side just to attack they must focus on defending. The pacing of the story seems solid with giving away too much too early before leading to the night of the event.

Western – The film does use the western themes in the elements of the war time western not the wild west style it works well enough with the rogue soldiers trying to take a home.

Settings – The film uses the lone settings of the house in the middle of nowhere and the paths leading to it, to show us how isolated people would become during the war time. 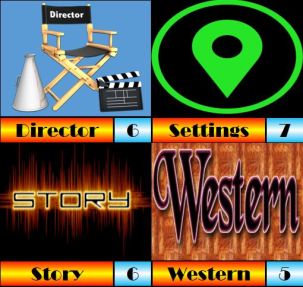 Scene of the Movie – The night of the event.

That Moment That Annoyed Me – Certain parts feel slow though.

Final Thoughts – This is a slow-moving western that shows the effects of the civil war on the women left behind that could face their own uncertain future as the men out at war. It has strong performances and a dark feeling about what could happen next. 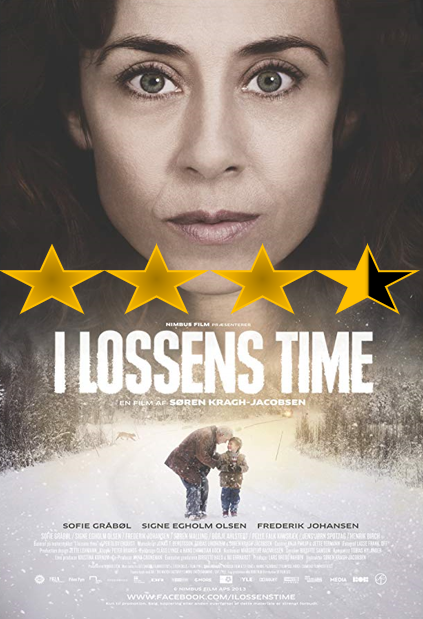 Plot: Helen, who is a priest, is approached by scientist Lisbeth with a desperate plea for help. A young man, who has been sent to a high security psychiatric ward after having killed an old couple, has attempted suicide while rambling about God. In a race against time the two women begin a shocking journey deeper and deeper into the sick mind of a young man’s soul.

Story: The Hour of the Lynx starts when a young man Drengen (Johansen) butchers a family before trying to commit suicide, he fails, two years later his psychologist in a psychiatric prison Lisbeth (Olsen) turns to a priest Helen (Grabol) to understand why he used the excuse of God when he committed the murders.

Lisbeth has been using animals to help keep the patients calm, with Drengen getting a cat and showing huge improvements, only once another patient hurts the cat, the pure rage in him comes out, throwing right back to where he started, this brings Helen back to help give him a knew way to cure this disturbed young man.

Thoughts on The Hour of the Lynx

Characters – Helen is a priest asked to come and help understand what is troubling a young man who has committed a seemingly random crime, she is asked to join by a psychologist who is struggling to find answers behind his religious beliefs behind his crimes. Lisbeth has been trying to help her patients by giving them animals to keep them calm, it has worked with some, but not others and she is facing pressure to prove her findings, which sees her needing to turn to Helen to help find a solution. Drengen has committed the murder of two people, he tries to kill himself afterwards claiming it to be in the name of God, he spent two years in a psychiatric hospital where he doesn’t seem to improve until Helen starts communicating with him about God, where we learn his disturbing truth. Knud is the head warden in the hospital, he wants to keep both sides safe and finds certain things difficult to make happen.

Performances – Sofie Grabol gives us a great listening performance, we see how her character needs to let people speak instead of speak for them. Signe Egholm Olsen shows us a character which will fight for what she wants well, showing how much this means to her. Frederik Christian Johansen is disturbing while looking vulnerable through the film.

Story – The story here follows a young man that seemingly kills two random people in the name of God, they try to get through to him and turn to a priest to help, this does unlock his troubled past which explains his actions, it just all about unlocking the truth. This is an interesting story because it does show how scientist could put their own career above helping people and even with God being an answer, it is communication that will unlock the truth of a troubled life. This story does show us just how difficult life can be for some young people which could see them being led down the wrong paths in life.

Crime – The crime side of film shows us what Drengen did and how his treatment is being handled.

Settings – The film is set in the hospital which sees Drengen being held until he can understand about his actions.

That Moment That Annoyed Me – We do spend a lot of time looking at Lisbeth pet experiment.

Final Thoughts – This is an interesting crime drama, we see the consequences of a murder and needing to find the motivation at times.