Plot: To save his pregnant wife, an emergency room nurse teams up with an injured murder suspect in a race against time, rival criminals and renegade cops.

Story: Point Blank starts when emergency room nurse Paul (Mackie) is preparing to have his first child with his wife Taryn (Parris), she is due within weeks, but she gets kidnapped by Mateo (Cooke) who wants Paul to help his injured brother Abe (Grillo) escape from the emergency room after being accused of murdering the DA.

Paul and Abe go on the run with LT Lewis (Harden) tracking them down as we see just who was really behind the murder of the DA.

Characters – Paul is an emergency room nurse, he is married and about to start his family, his life is exactly where he wants it.  His life takes a big change one this day when he gets forced to help a murder suspect escape from the hospital to save his pregnant wife, meaning he will need to start breaking the law to save her. Abe is the gun for hire that has been injured in the incident, he is the prime suspect and is being set up, where his brother is trying to help him escape, he is street smart and has connections in the criminal world which will help him stay ahead of the law. LT Lewis is the one trying to track down the pair trying to put away the person that killed the DA. Mateo is the brother of Abe that has gone to the extremes to try and get his brother out of custody.

Performances – Anthony Mackie and Frank Grillo do everything they can with this film, Grillo is starting make a name for himself in the trashing action films now, where he can play the bad boy with ease, Mackie doesn’t do much that you wouldn’t expect from him here though. Marcia Gay Harden gives us the basic cop figure, while Christian Cooke completes the main cast with a basic enough performance.

Story – The story here follows an emergency nurse that must help a murder suspect to save his kidnapped wife. This is a basic story which I always say is all you need for action at times, this is a remake of a French film, but we are lacking that one thing a good action film needs a villain that feels like a threat, we do get many suspects to who the villain might be because it is clear that Abe never committed a crime. We get moments of the unlikely couple needing to work together only for them to not have enough conflict about what is happening. This is basic storytelling that just never gets intense enough to the level it could do.

Action – The action involved in the film is the highlight of the film, even if a lot is basic, it does bring the film to life with the car chases involved.

Settings – The film is set in a big city which does help us understand how many people can be getting crimes done with ease.

Scene of the Movie – Big D

That Moment That Annoyed Me – Not enough villain potential.

Final Thoughts – This is a mostly by the book action film that just doesn’t get going.

Plot: Years after walking away from her past as a young private eye, Veronica Mars gets pulled back to her hometown, just in time for her high school reunion, in order to help her old flame Logan Echolls, who’s embroiled in a murder mystery.

Tagline – She thought she was out

Verdict: Too Many Blanks From the Show

Story: Veronica Mars starts as Veronica Mars (Bell) fills the fans of the show in with the last few years of her life after the television show finished and gave us first time viewers a chance to get a basic grip of who the main characters are going to be.

Veronica is now about to take her bar exam, but when her ex-boyfriend Logan Echolls (Dohring) is accused of killing his celebrity girlfriend, Veronica returns home to get to the bottom of the crime, re-living her private eye ways and catching up with old friends.

Characters – Veronica Mars is the former private eye that has moved on to study law only to learn a former friend has been accused of murder. The character gets to return to see old friends to see where they are in life now and how things have changed, in the biggest case of her life. Logan Echolls is the ex-boyfriend of Veronica that has been accused of murder, he needs her help to prove his innocence.

Performances – Kristen Bell made this role her own on television and now you can see her own enjoyment of returning to this role. Jason Bohring is solid enough in the role of the suspect. It would be fair to say the whole returning cast enjoyed coming back and it worked for the film.

Story – The story plays into the hands of the fans of the show wonderfully, the problem comes if you never saw the show, you will never understand the moments between characters in this movie. This isn’t a film for people that never saw the show, but it does bring our character back to her old role to see where friends are which is always a nice touch for popular shows.

Crime/Mystery – The crime mystery tone is everything the TV show kept up with the light-hearted comic tone of the movie, with plenty of mystery moments to keep us guessing. 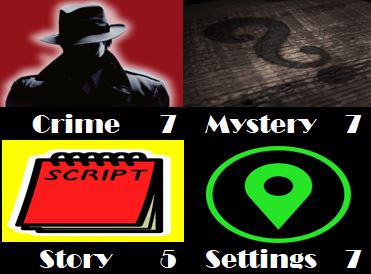 Scene of the Movie – Reunion.

That Moment That Annoyed Me – Not knowing enough from the TV show.

Final Thoughts – This is a wonderful treat for the fans of the show, catching up with our favourite characters is something we all like to do and this is no different.