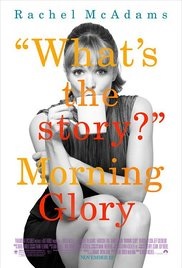 Story: Morning Glory starts as we follow Becky (McAdams) a new producer dreaming of one day going to the next level, when she believes she is about to get the senior producer role she finds herself losing her job instead. Not one to give up on her dreams to searches endlessly for a new job in the business and it is Jerry Barnes (Goldblum) that gives her a chance to work on saving the fourth best morning news station Daybreak.

Wanting to make an impact Becky fires the demoralising anchor, Becky must find a new anchor and her choice is going after News Icon Mike Pomperoy (Ford) who is under contract but doesn’t want to work. Becky must find a way for Mike to work with her current anchor Colleen Peck (Keaton) while making new friends with fellow producer Adam Bennett (Wilson) offering up a potential love interest.

Characters/Performance – Becky is an ambitious young woman desperate to make a career in producing the news. She gets her chance working on the lowest rated show and must use all of her good spirit and ideas to make the show climb the ratings, all while dealing with her own personal life that she has given up making her career important. This is a brilliant character because it shows how people can put their career before their own lives which is why this is something we have seen before but always good to go back too.

Mike is the difficult anchor to work with, he used to be a draw in the news reporting world but isn’t interested in working on anything he doesn’t think is news worth, he makes the job as difficult as possible for Becky by doing the bare minimum. Colleen is the seasoned anchor that is happy to take a chance on the wild stories that can bring in the ratings. Adam is the love interest for Becky as well as being involved with Mike before so he can give Becky advice when it comes to handling him.

Performance wise, McAdams is great in the leading role, not playing it overly funny which is how you can judge the whole cast, Ford does enjoy this role because it is different to the rest of his normal action material.

Story – The story following a career driven woman following her dream putting everything she has into making it happen against all the odds if something that is fantastic to watch because we all like to enjoy watching someone reach that goal. Sure, most of this film does go around in the cycle you would expect but if it isn’t broken don’t fix it.

Romantic/Comedy – The romantic side is on the main story which I think works because it isn’t the most important part of the film, the comedy comes when needed without being a constant attempt at laughter.

Settings – The settings for this film are mostly inside the news studio which shows how close everyone must be to work together. This helps us see how the tension looks between the characters. 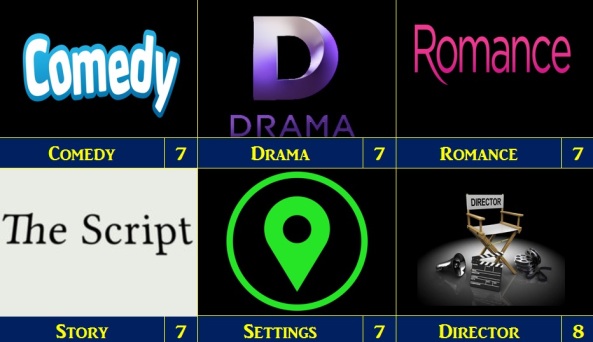 Final Thoughts – I wasn’t expecting too much from this film going in, mostly because of the genres but in the end, I found myself enjoying everything as it was unfolding.

Overall: This is a good comedy drama that is worth watching.