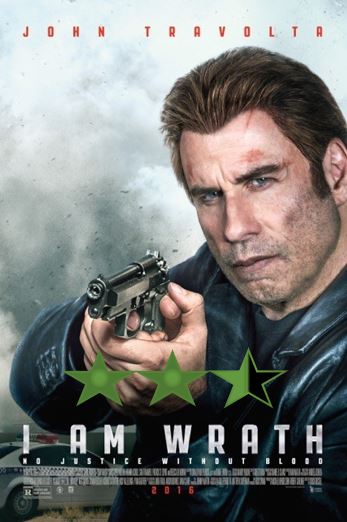 Plot: A man is out for justice after a group of corrupt police officers are unable to catch his wife’s killer.

Tagline – I lay my vengeance upon them.

Story: I Am Wrath starts as we learn the war on crime was getting out of hand, but the Governor has started winning against the gangs. Stanley (Travolta) returns home after a business trip meeting his wife Vivian (De Mornay) where the two are attack with Vivian murdered.

With the police not getting the suspects, Stanley turns to a previous life working his former partner Dennis (Meloni) as a black-ops soldier that will stop at nothing to extract revenge on the people who murdered his wife.

Thoughts on I Am Wrath

Characters – Stanley is a mile-mannered businessman working in the car industry. When is wife is murdered in a senseless crime, he returns to a former life on a warpath with the gang involved as the cold-hearted killer. Dennis is the former partner of Stanley’s that still has the connections in the underworld, he helps Stanley in his revenge mission, he supplies the weapons and details of who were responsible. Abbie is the daughter of Stanley that tries to be there for her father while continue on her adult life. Detective Gibson is the lead on the case, he is forced to let the suspect go believing he will get himself killed soon enough.

Performances – John Travolta is solid enough in this leading role, we do get to see a large number of 50+ year old actors going into this action films, he isn’t the best, but he isn’t the worst. Christopher Meloni plays the best character in the film and is easily the one you want to see more of in this film. Amanda Schull is fine in her role, we need a figure that isn’t involved in the action and she offers it. The rest of the cast bring us the targets for the most part and give us generic bad guy performances.

Story – The story follows one man that goes to war on the gangs of his city to learn who killed his wife and get revenge. When it comes to the story this isn’t the most original, it is extremely watchable for a time killing hour and half, it doesn’t test the audience and doesn’t have any twists along the way. This is one of those stories that is mostly forgettable over bad and checks all the boxes needed to make the audience watch.

Action/Crime – The action is filled with old man action style that Liam Neeson made famous, it works for the film with Meloni getting the best sequence. The crime throws us into the world where gangs are controlling the streets with drug sales going through the roof and one man doing anything to get revenge.

Settings – The film takes us to a city overrun by crime and shows us how people can be forced into actions to get revenge for the lost loved one. 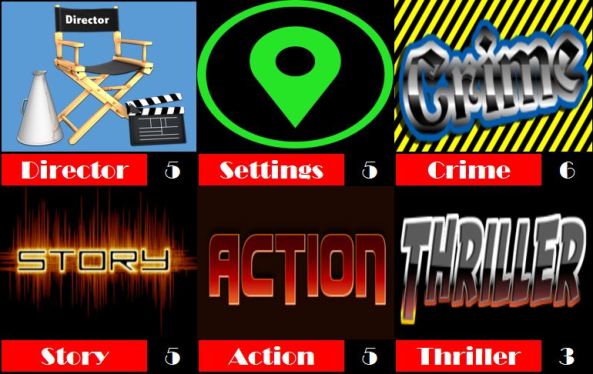 Scene of the Movie – Dennis versus the thugs in the shop.

Final Thoughts – This is a basic action film that will keep you entertained through the whole film without being anything overly original.