Plot: The comedy team takes a look at life in all its stages in their own uniquely silly way.

Tagline – It took God six days to create the earth, and Monty Python just 90 minutes to screw it up.

Verdict: One for the Fans

Story: The Meaning of Life is a series of different ideas of the meaning of life from point of views, we enter into different class, different religions and different careers. Each chapter connects to the previous which adds to the bigger point in the comedy behind just what is being poked fun at.

Thoughts on The Meaning of Life

Story – With this being a series of sketches it doesn’t make it difficult to talk about the story, we have so many different mini stories which are clearly put together to show the different stages of life, from birth to death as the search for the meaning of life is put together. Most of the sketches generally miss which end up feeling flat as they just don’t build up to the moment of comedy required, it has also ended up feeling very dated with the way it handles everything in a not so subtle manor.

Comedy – The comedy in this film is all about taste, if you are not a fan of the Monty Python team, you won’t enjoy the comedy through the film, bit like myself. If you are a fan you will get to laugh more.

Settings – The film takes us to multiply locations for each sketches, each will become clear for the message trying to be told.

Scene of the Movie – Catholic and Protestants

That Moment That Annoyed Me – Most of the comedy misses.

Final Thoughts – This is a sketch movie that tries to play through important moments in history and only feels too forced for anything to really be anything special.

Story: The Red Sea Diving Resort starts as Ari (Evans) an American Ari (Evans) working for the Israel Mossad agents rescues refugees from Ethiopia with his latest mission seeing Kabede (Williams) rescued. Ari does become grounded, but isn’t willing to let more innocent people murder, he comes up with an idea that could see thousands rescued.

Ari puts together a team including Rachel Reiter (Bennett), Jake (Huisman), Max (Hassell) and Sammy (Nivola) with the plan to lease a hotel known as the Red Sea Diving Resort to use it to get refugees out of Africa back to Israel. This is one of the riskiest rescue attempts tried and one that will bring history to life.

Characters – Ari Levinson is leading an Israeli group of agent, who are trying to rescue Ethiopian refugees by taking them through Sudan, giving them their only hope to make it out alive. He is willing to risk everything to make it happen by taking a mission which will risk their own lives to lead them out to see, remaining calm through the operations which will see them become targets of the local generals. Rachel is one of the team, just by being a woman she is risking even more than the rest, though her language skills are key to the whole operation. Kabede Bimro is the connection with Ari that leads the refugees to him, he becomes one of the most wanted men because of his actions, but will risk everything for his own family. Ethan Levin is the one that tries to control Ari on his mission, he doesn’t agree with most of what he does, knowing if he was to get caught it could create an international incident.

Performances – Chris Evans takes his first major role since leaving the role as Captain America, he does show he can handle the serious side of acting even though his character does feel like branch of what Captain America stood for. Haley Bennett is strong throughout, in a world that her character shouldn’t feel safe in. Ben Kingsley does what you would expect in his authority role, while Michael Kenneth Williams is the most interesting character though we could have spent more time with his character.

Story – The story here follows an Israeli agent that risked everything to try and rescue as many Ethiopian refugees as he could using a Sudanese hotel as a cover to hide them and move them through to safety despite heavy pressure from the military forces in the country. This is another incredible story of how somebody and their team would do the right thing for the human race that would be left facing a future which would see them killed or forced into slavery if they couldn’t get free. It should be seen to highlight the continuing problems in the world along with the incredible work that was done. We are kept waiting to see how many will get rescued and how they will overcome the obstacles placed in their way, though it would be fair it wouldn’t be a story if they had failed.

History – This is a moment in history which showed a country reaching out to help in secret when another country would rather butcher their own people.

Settings – The film creates the realistic settings that only make this feel like we are part of the era it is set in, we see how much was being risked in what could be considered a calm location of a hotel. 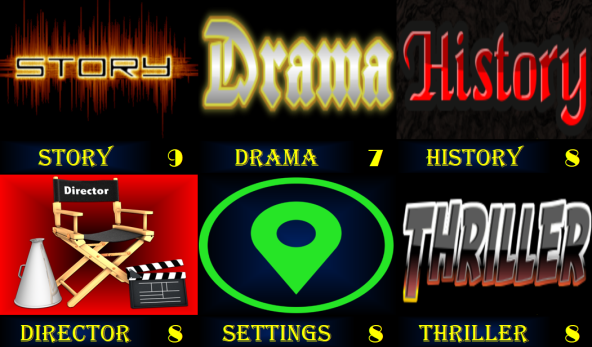 Scene of the Movie – Runway.

That Moment That Annoyed Me – The fact that his behaviour actually still happens in the world.

Final Thoughts – This is a highlight on just what was risked to save thousands of stranded refugees, it has top class acting and shows that we can achieve great things if we worked together. 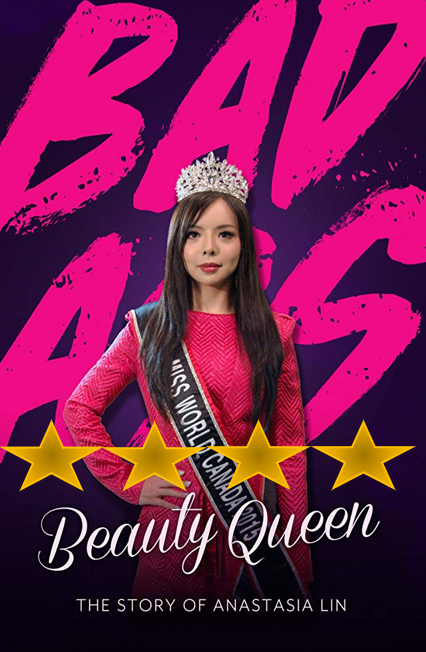 Plot: BADASS BEAUTY QUEEN is the story behind Miss World contestant Anastasia Lin using her most powerful weapon, her beauty to stand up to an oppressive regime.

Story: Badass Beauty Queen: The Story of Anastasia Lin starts as we learn Anastasia Lin’s story from being born in China under the strict rules, before moving to Canada as a teenager where she learn more about the oppressive regime being used in the country. When Anastasia learns more she wants to make a stand, which sees her enter the Miss World competition eventually becoming Canada’s pick for the 2015 competition, with her message being about letting Chinese express their own culture and beliefs.

When Anastasia starts trying to speak out, her family in China starts suffering and when the pageant gets moved to China, she isn’t welcome into the country giving up her place in the competition. One year later she enter again and finds herself being muzzled by the pageant from speaking out about her beliefs which go against what China believe in even when the 2016 competition was set in America this time around.

Thoughts on Badass Beauty Queen: The Story of Anastasia Lin

Final Thoughts – This documentary show the power that a beauty competition tries to hold over the entries if they want to enter with political beliefs which will upset certain countries, but they are pushing for human rights. We get to see how being pushed out of the competition only drew people towards her and her causes, this also shows how much corruption can seen when it comes to handling keeping sponsors happy no matter what they believe. Anastasia used her power to help guide young people who have been held back by strict human rights violations to learn to stand up no matter how many people want to stand in their way.

Plot: Two Cops on the trail of a killer making the ultimate pizza.

Story: The Killing Death starts when two detectives Frank (Dangerfield) who is about to retire and Jimmy (Trubiak) who is on his first case, must figure out the connection between a string of murders, with the suspect Chicago Phil (Reimer) committing a string of murders around town, each suspect is introduced to give him a fresh kill.

The closer the detectives get to solving the case, the increased number of bodies that keep turning up, can they solve the case before it is too late.

Thoughts on The Killing Death

Characters – Frank is an aging detective that has always finished his cases, he is about to retire and now he wants to finish this last case before he goes, Jimmy is the rookie working his first case, he is learning from Frank too, proving he needs to solve the case to make it. Chicago Phil is a pizza delivery guy that has a habit of killing his clients, he is trying to make a perfect pizza along the way.

Performances – This is a hard film to criticise because of the fact it is micro budget, the problem with the acting comes from the fact that nothing feels natural in how things are delivered.

Story – The story here follows two detectives trying to solve the case of a serial killer in their town. The outside of this story seems simple and one that could be enjoyed, only for it to come up very short in delivery, the killer and weapon of choice does seem to become random, even though we have a couple of scenes where it is clear choice, the detectives seem to just be making up their own story to make the case easy to close and apart from investigating the case, they never seen to search for answers. For a micro-budget story this does do what it needs to by laying out the format, only it just doesn’t come close to becoming easy to enjoy.

Comedy/Horror – The comedy in this film does come from how awkward the two detectives are when it comes to communication, it is very hard to see these jokes coming off. The horror is only around the kills, which are meant to show a serial killer at work.

Settings – The film uses the different houses that could have a pizza delivery as the main locations, which work for the film.

Special Effects – The effects for a micro budget are the strongest part of the film, they show how certain things can work in films.

Scene of the Movie – Take it easy.

That Moment That Annoyed Me – Most of the comedy.

Final Thoughts – This is a micro budget film that does try to give us something original even though it does miss for the most part on comedy, it is a film that looks like the people behind it enjoyed making.

Overall: Sometimes you just need to enjoy what you do.