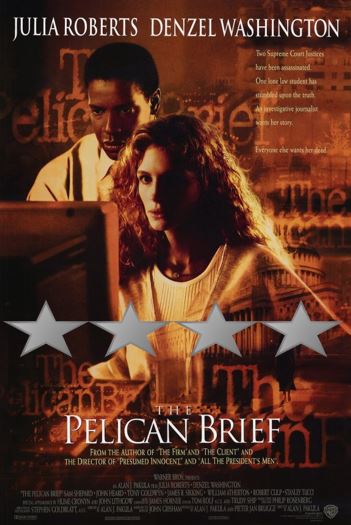 Plot: A law student uncovers a conspiracy, putting herself and others in danger.

Tagline – Two Supreme Court Justices have been assassinated. One lone law student has stumbled upon the truth. An investigative journalist wants her story. Everybody else wants her dead.

Story: The Pelican Brief starts when two Supreme Court Justices are assassinated, bring the country to a stand still in shock. Law student Darby Shaw (Roberts) puts together a theory of who was behind the assassinations, which she presents to her boyfriend and professor Thomas (Shepard), one theory that has turned his head.

After the theory is presented to the people investigating, Darby and Tom start getting targeted, when journalist friend of one of the victims Gray Grantham (Washington) start investigating a bigger conspiracy going on within the government, one that will put both their lives in danger.

Thoughts on The Pelican Brief

Characters – Darby is a law student having an affair with her professor, after the assassinations, she comes up with a theory about who was behind them, which sees her become a target for the people behind it, she doesn’t know who to trust seeing anybody she does get killed, her last resort is Gray. Gray is a journalist that has worked with the victims in the past, he is willing to dig for the truth, he does become Darby’s last resort and works with her to expose the truth which will become the biggest story of his career. Thomas Callahan is the connection between Darby and the people involved, he is a professor, with her theory interesting him at his own risk. We do go through many different political figures in search for the truth here, each one has their own agenda and could be involved.

Performances – Julia Roberts in the leading role is strong as she gives us a strong independent figure that has been running for her life trying to expose the truth. Denzel Washington was a growing star at the time of release, here he makes us believe that he is a star in the role which is filled with the determination and skill to start ahead of the game. The rest of the cast are all strong with them each getting the moments to shine with them all having the importance to the story.

Story – The story follows a law student and journalist that must team up to investigate the assassinations of the two members of the supreme court that puts both their lives in danger as it could bring the political system down. This story does give us plenty of swerves along the way as it does keep us guessing just to where everything will be going, it does show us how a political system will be used to gain an advantage and can be used to cover up anything that will incriminate them. The idea of the cover up shows just how corruption can effect so many lives and is ready to be exposed.

Settings – The film is set in a couple of major cities in America Washington and New York mostly, which show just how the big companies will use the political power to make the most money. 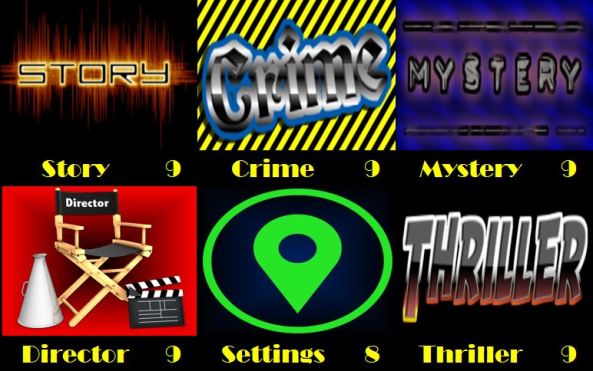 Scene of the Movie – The video.

That Moment That Annoyed Me – It is too long, with too many characters at times.

Final Thoughts – This is a political thriller that does keep you guessing, it shows how far up the chain corruption can go and how covering it up can be the only option.