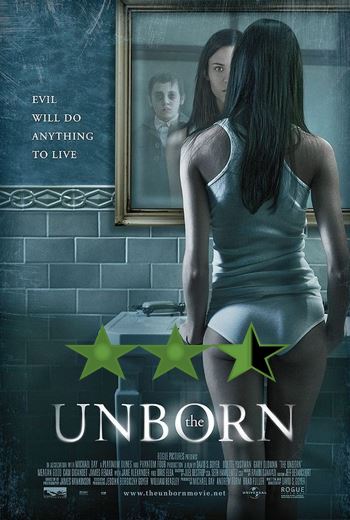 Plot: A young woman fights the spirit that is slowly taking possession of her.

Tagline – Evil will do anything to live.

Story: The Unborn starts when young woman Casey (Annable) starts seeing visions and getting warnings about someone wanting to be born, with her best friend Romy (Good) and her boyfriend Mark (Gigandet) Casey starts to investigate and learns that she did in fact have a twin brother who died in the womb.

When Casey turns to a friend of her mother’s she learns about a spirit that is trying to find his way into the real world and she must turn to Rabbi Sendak (Oldman) for answers and a potential cure from the possession.

Thoughts on The Unborn

Characters – Casey is a young woman that seems to have a normal life until one day she starts seeing visions, getting strange messages, she must research her past to protect her future, a past that is filled with pain and loss as well as a secret she would never be prepared for. We do follow Casey for most part of this film, the problem with her character is that we don’t learn anything about her before the unusual starts happening, is she a good or bad person, we learn nothing, it just starts with her being visited. Rabbi Sendak is the man Casey must turn to for help, he understands how the exorcizing would need to be done while offering the basic advice to Casey before stepping in himself. Mark is the boyfriend, that is about all we learn about him, he isn’t as supportive of the supernatural side of the events. Romy is the best friend, she will help on everything Casey is going through in an attempt to save her friend from the evil haunting her.

Performances – Odette Annable is the perfect fit for the leading role, she is a beautiful woman whose life is falling apart, she has a good horror scream and you believe it when she is scared. Gary Oldman, well the guy needs to make money, he does bring class to the role even in his limited role. Cam Gigandet is fine without doing too much Meagan Good gives us the only laughs in the film without being anything great in the supporting role.

Story – The story here follows one young woman that gets starts getting haunted by visions of a young boy and must figure out how to rid herself of this haunting. This story doesn’t take long to start with us going instantly into the first haunting and this pace doesn’t seem to let off, we are constantly going from moment of scares or explanation to what is causing the haunting. This hinders the story because we don’t get a chance to learn anything about the characters we are meant to be supporting, mostly Casey we know nothing about her or what her everyday life is, making it harder to support her. The story follows the horror genre with ease and is saved by a strong twist ending.

Horror/Mystery – The horror in the film comes from jump scares, well attempted jump scares, most of the horror happens in the dark and is a small child haunting Casey, it does the basics well, though it won’t get the hardcore horror fan to jump. The mystery is more interesting as we must learn the truth about the haunting which goes in direction you wouldn’t see coming.

Settings – The film is set in Chicago which only adds to the horror because of the big city feeling to everything Casey is experience showing that even in the biggest crowd people could suffer possessional activity.

Special Effects – The effects have good moments, we the body folding moments being the highlights of the effects which gives us more towards the horror in the film. 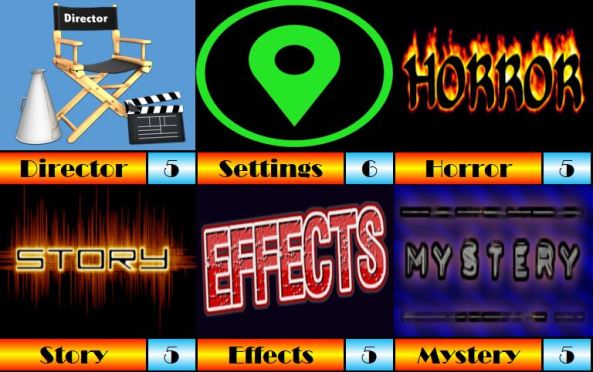 That Moment That Annoyed Me – Not learning anything about who or what these people do in everyday life.

Final Thoughts – This is a basic horror that gets the scares done simply, gives us weakly written characters and could pass the time simply enough. 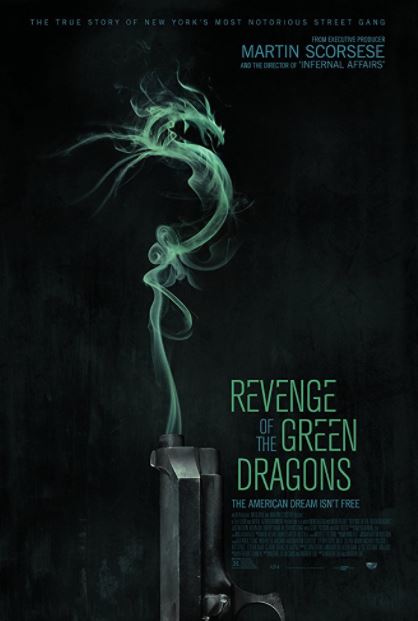 Plot: Two best friends rise through the ranks of New York’s Chinese underworld in the 1980s.

Story: Revenge of the Green Dragons starts as we follow the two young boys that immigrated from China to America and New York City, in a neighbourhood that is run by the Chinese gang known as the Green Dragons.

Recruited at a young age Sonny (Chon) and Steven (Wu) have grown up as part of the Green Dragons under the leadership of Paul (Shum Jr) a businessman that uses the gang to get what he wants. We get to see how the two rise through the ranks in the Green Dragons that even grabs the attention of the FBI.

Thoughts on Revenge of the Green Dragons

Characters – Sonny is the quieter of the two friends that gets taken in by the gang, he is the one that would like a life outside the gang which isn’t as easy as it seems, even when he falls in love. Steven was built for the gang, even after he gets seriously injured in the battle between the gangs, he becomes the one that won’t hesitant to pull the trigger. Paul is the leader of the Green Dragons, a businessman on the outside, that uses his intelligence to make sure he can stay ahead of the game in the gang battle.

Performances – The performances in this movie are fine, nothing is great or bad, we get to see the different ranges of emotions that the two friends must face during their decisions. We don’t have any of the performances that stand out though.

Story – The story follows the gangster storylines we have seen before, two young men or in this case boys get recruited to a rising gang to become big players in their gang in a war against another gang, until they step out of line. This time we follow Chinese immigrants in New York and it shows how they would never hold back on anybody of any age or gender. This does give us a brutality in the story, but in the end it is just more of the same.

Action/Crime – The action is just gun battles and brutality to the people who get in the way of the crimes being committed by the Green Dragons, as we see how they try to stay off the radar while conducting their business

Settings – New York will always be a great choice for settings for crime movies, this is unlike any other showing us how gangs had neighbourhoods and always want more. 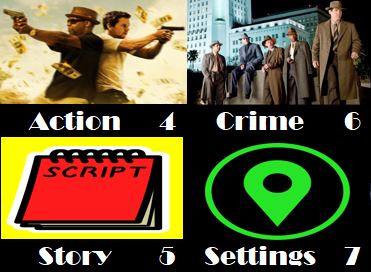 Scene of the Movie – Put the gun down, it brings a clever kill.

That Moment That Annoyed Me – It offered nothing new to the genre.

Final Thoughts – This is a by the book crime movie, it shows the rise of two in a gang and just where they would go onto be in the gang, but otherwise gives us nothing we haven’t seen before.

Overall: Been Here Seen This.