Plot: After having suffered a heart-attack, a 59-year-old carpenter must fight the bureaucratic forces of the system in order to receive Employment and Support Allowance.

Story: I, Daniel Blake starts as we learn that Daniel (Johns) has suffered a heart attack and is on the mend, not ready to return to work as per doctor’s orders, only he financial support allowance has been taken away from him. Calming going through the processes to get it collecting again Daniel finds himself going round in circles.

When he meets and defends single mother Katie (Squires) who is new to the area trying to get signed up for her own allowances, the two become friends and offer to support each other in their battle to just keep a roof over their heads and food on their tables, it what is a shocking look at the benefit system.

Thoughts on I, Daniel Blake

Characters – Daniel Blake has worked his whole life, he lost his wife and suffered a heart attack while working, living on support allowance while recovering until the doctors clear him to work, he learns that he has lost his allowance and gets forced into a battle just to get enough money to live, getting sent round in circles to get an appeal date. Katie is a Londoner forced to move to Newcastle for a flat with her two children, working with Daniel she has her own battles to stay afloat putting her children first, seeing Daniel as the friend she needs to help her settle. Daisy is the eldest child of Katie that has been seeing the good in Daniel who is one of the only people outside of her family to help her. China is the neighbour of Daniel’s he offers to help if Daniel needed anything even if he is from a different generation or background.

Performances – Dave Johns steps in the first film role and is fantastic, giving us a performance, we truly sympathise with. Hayley Squires is strong through the film where we see how she has been beaten down by life and needs to remain strong for her children. The supporting cast are good and help Dave get the spotlight like he deserves.

Story – The story gives us a shocking look at the benefit system in the UK, we follow Daniel who has worked his whole adult life until his heart attack meaning he can’t return to work, which leads to him to need to fight for benefits he is entitled to, but the government wouldn’t give him the benefits. The story shows us the flaws in the system which could leave people with nothing and even on the streets. This could easily be considered a warning to what people are going through without needing to ask for help and how the system can be considered for a new look to help.

Settings – The film is set in Newcastle the northern city in England, one that has been known for harder times but unity between the people there. 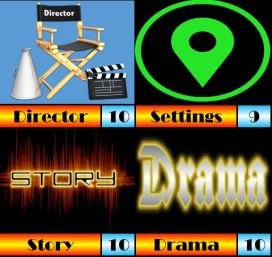 Scene of the Movie – Spray paint,

That Moment That Annoyed Me – That this is a real problem.

Final Thoughts – This is one of the more important movies you will see, especially if you are UK based, it will give you a shocking look at the benefit system and just how flawed it is, while making you want to support the lead character in his battle for basic support.

Overall: Essential viewing for all.