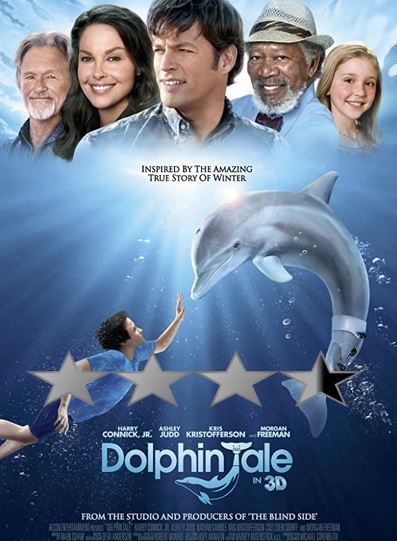 Plot: A story centered on the friendship between a boy and a dolphin whose tail was lost in a crab trap.

Tagline – Inspired by the amazing true story of Winter

Verdict: Pulls on the Heart Strings

Story: Dolphin Tale starts when young boy Sawyer Nelson (Gamble) who doesn’t interact with the world, struggles with studies at school finds a tangled-up dolphin in a crab trap, helping with the rescue he becomes invested in helping the recovery for the dolphin, helping Dr Clay Haskett (Connick Jr) and his family at their aquamarine hospital.

When Sawyer’s only friend and cousin Kyle is injured in the forces, he wants to show him how he has gone from not caring about anything to devoting all his time to help the injured dolphin, which brings in Dr Cameron McCarthy (Freeman) who has been working on prosthetics for injured soldiers.

Characters – Sawyer is the young boy struggling with his education, has become isolated from kids his age, the one person that gets through to him is his cousin after his father left. This summer Sawyer will find his purpose in life as he becomes interested in helping the recovery of the dolphin and over injured animals, this brings him out of his shell. Dr Clay Haskett is the man who runs the aquamarine hospital, he has been committed to helping animals even when people get in his way. Lorraine is the Sawyer’s mother, that is happy that he is becoming encouraged with the next chapter in his life. Dr Cameron McCarthy is the man that is tasked with figuring out how the help Winter swim again.

Performances – The performances in this film a great throughout, Nathan Gamble as the young boy shines against the bigger stars with Ashley Judd and Morgan Freeman making great choices in the supporting role.

Story – The story here follows one young boy that finds his place in the world after helping an injured dolphin, it shows how people can find inspiration in the most unlikely locations. This is based on the real rescue efforts put on Winter, while I am unsure just how much of the rest of the story is true, I don’t want to doubt or question any of it either. The inspiration Winter gave people and the show of community helps make this a family film you can all enjoy together because the story is a successful one, no this isn’t a spoiler because the film stars Winter herself.

Family – The family could all enjoy this one and it does have an important message about how to treat the animals of the world too.

Settings – The film keeps us in a couple of locations, we spend most time at the hospital seeing how the treatment is helping Winter get better. 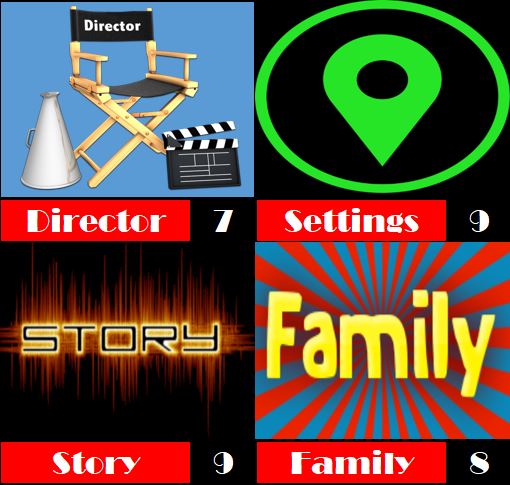 Scene of the Movie – Save Winter Day.

That Moment That Annoyed Me – I would say it is slightly too long.

Final Thoughts – This is one of those movies you can sit and enjoyed without being tested, it has a heart warming story being told and can teach people about the effects we have on the ocean animals. 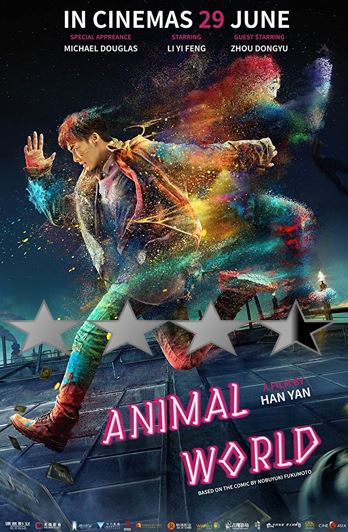 Plot: A man finds himself deep in debt and is coerced to board a ship that hosts a risky gambling party.

Story: Animal World starts with Zheng Kaisi (Li) who has been struggling for money working in a casino as a clown, his mother is sick and he can’t afford the medical bills anymore, he is close with the nurse Liu Qing (Zhou) who does what she can to support his sick mother.

Desperate for money Kaisi re-mortgages his family home, only to learn that the man he did the deal with Anderson (Douglas) wants a bigger price than he could ever afford. Luckily Kaisi is given a chance to go on the cruise ship which will give him a chance to make more money than he could ever imagine or face hardship just to survive. This is going to be one of the most extreme games of Rock, Paper, Scissors.

Characters – Zheng Kaisi is a young man that works in the amusement arcade, while trying to support his mother in hospital, he is trying his best to support her, but money is tight and turning to his friend they take out a loan. The loan is more than he was prepared for, forcing him to pay it back to the loan with a high rick game of rock, paper, scissor. He must use his knowledge of maths to stay ahead of the game, while learning how to deal with the different players. Liu Qing is the nurse girlfriend of Zheng Kaisi who is being pressured into leaving him for the security of her future, she is one of the reason why he plays the game. Anderson is the man who arranges the game and the loans, he will put the players into the same game, which is largely for his own profit for the high stakes in play. Li Jun is the close friend of Zheng who ends up getting them into this situation.

Performances – Yi Feng Li in the leading role is great to watch, he shows the good-nature to his character as well as showing us that he can get into the poker face performance needed for the game. Dongyu Zhou does feel wasted in her role in this fil, she really doesn’t get to do anything. Michael Douglas fills the villainous leader of the game role wonderfully, without needing to do that much outside his comfort zone. The rest of the cast is mostly the players of the game who all show their characters true colours through the film.

Story – The story here follows a poor young man who takes out a loan with a friend, only for the loan shark to force them into a deadly game of Rock, Paper, Scissors with strict rules, our hero must get out of this game which stars and must learn quickly how to become feared within the players. This is an interesting idea for a film, it places us into a underground card game with high stakes, it shows us how the game is played which might be a long scene, but does make everything clear. The concept does feel original and adding the nightmare figures our lead sees, only makes this even more interesting, the tactical side of the game is everything we want to be witnessing because it keeps us guessing to just what will happen next.

Adventure – the adventure side of the film mixes with the thriller side by taking our characters into a world unseen to them, the new world is the adventure for these characters.

Settings – The settings are largely aboard the cruise liner where the game takes place, it fits the rich society look required, while having a dirty look which was required for the film.

Special Effects – The effects are used for the visions that Kaisi experiences, they take him into a world of monsters which he wants to fight back against. 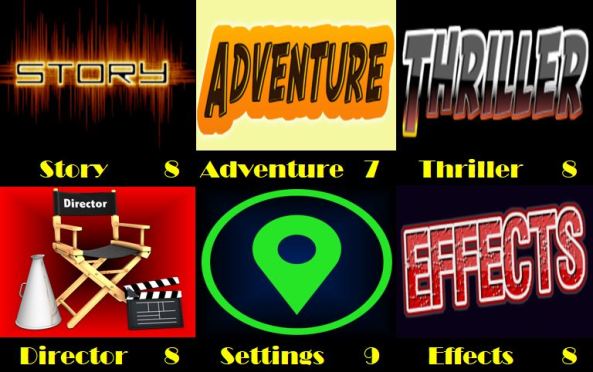 Scene of the Movie – The card game rules.

That Moment That Annoyed Me – The monster visions seem like they didn’t need to be here.

Final Thoughts –The is a fun adventure thriller, it takes rock, paper, scissors and makes it one of the most intense games you can see played.