Plot: A yoga instructor looks to protect her sex-worker sister from her deadbeat boyfriend.

Story: Bound by Blood starts when yoga instructor May (Biel) who has been searching for her long-lost step sister, Shiva (Mamet) is that woman, she is a sex-worker that is down on her luck with a deadbeat boyfriend Cody (Anderson).

The two seem to have similar connections, even if they are living different lives. They spend time together learning what they have missed out on in sisters as they start looking at life in a different way.

Thoughts on Bound by Blood

Characters – May is a yoga instructor, this shows by how laid-back she is with life, but also how organised she is. She learns and helps her long-lost step-sister putting her own relationship on the line. Shiva is the long step-sister who is a sex worker, so she can pay the rent for her abusive boyfriend, she doesn’t want to use May for support even if she will help. Dex is May boyfriend, he has everything together even if he is single minded at times. Cody is the boyfriend of Shiva, abusive, but you can see his love for her too.

Performances – The performances in the film are not the most interesting, Jessica Biel in the leading role tries her best, but no one makes an impact in this film or helps drive the story.

Story – The story here follows two long-lost sisters that meet for the first time and how they help each other, financially or with life. What May does for the complete stranger of a sister is strange because it does seem like a lot for someone she barely knows and we never get to the bottom of the whole abuse angle of the story. it just seems like too much for the first meeting as we also never learn about the beginning of the search for the sister either, like how long, how did she find out etc.

Settings – The film takes place in a random city, we don’t learn enough about which one and it does fall into the small town problems we might not see. 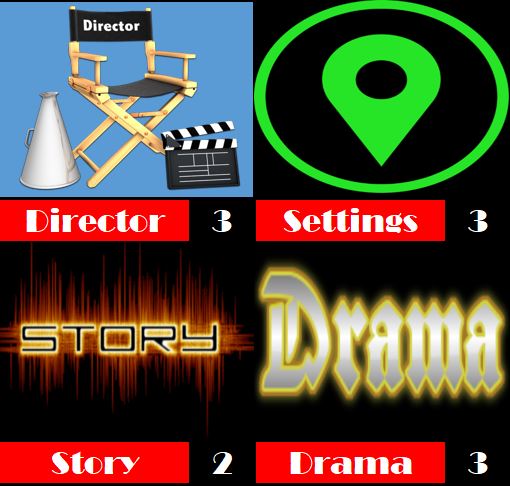 Scene of the Movie – Swimming time.

That Moment That Annoyed Me – Its just dull throughout.

Final Thoughts – This is a slow moving and dull movie, it doesn’t capture the ideas it wants to and seems to throw us too far into the middle of the story.

Overall: Not the most interesting film.