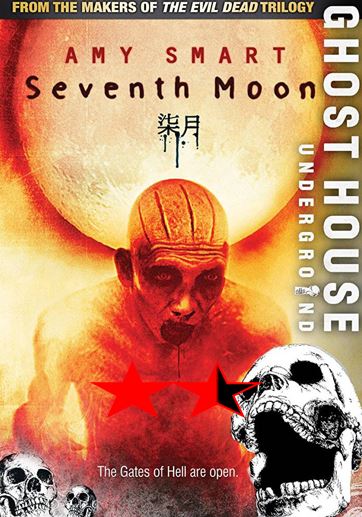 Plot: Melissa and Yul, Americans honeymooning in China, come across the exotic ‘Hungry Ghost’ festival. When night falls, the couple end up in a remote village, and soon realize the legend is all too real. Plunged into an ancient custom they cannot comprehend, the couple must find a way to survive the night of the Seventh Moon.

Story: Seventh Moon starts as newlywed Melissa (Smart) and Yul (Chiou) are travelling around China for their honeymoon, we get the montage to show the best bits, before they take a trip with their trust guide Ping (Chan) who leaves them in the middle of nowhere in the middle of the night.

Getting concerned the two investigate only to learn not everything is as it seems and now they must battle to survive against the locals and their spirits that are visiting on the Seventh Moon,

Characters – We know horror movies don’t get the best character development and this movie shows why, we have American Melissa who would rather be swimming with dolphins than going to China the homeland of her husband, she is stronger when it comes to surviving horror, forcing her husband to do the manly thing. Yul is the Chinese American that married Melissa and is heading to his homeland for their honeymoon, she doesn’t speak fluent which shows during the non-English moments and needs to be pushed to do the right thing.

Performances – Does any remember when Amy Smart was shine in the teenage romantic comedies over the turn of the century, Road Trip and later Just Friends? Well this is where she ended up doing horrors which doesn’t involve too much actual acting. Tim Chiou doesn’t give the best of performances, again this is down to the material and awful camerawork.

Story – The story wants to be something a lot bigger than what we got, in reality it is American tourist not understand culture and getting caught in the middle of a ritual they don’t understand, mostly running around the woods/forest screaming and hiding. When we watch horror, we don’t always need the best stories, granted but we do at least need something to care about, characters to root for an enemy we might understand. This gives us none of this and ends up feeling flat and boring throughout.

Horror/Thriller – The horror in this film comes from what is in the woods/forest, it uses the myth of the Seventh Moon to say spirits will come out looking for fresh blood and these creatures are what we must see our character hide and fight against.

Settings – The setting is the woods or forest, this is fine and works for the idea in the movie, we know that small communities will have different beliefs and while the settings are not used in the most terrifying way they suit the film we are watching.

Special Effects – The effects are the confusing part of this film, this is because the make-up works very well for the creatures, but the camerawork makes this borderline unwatchable at times. 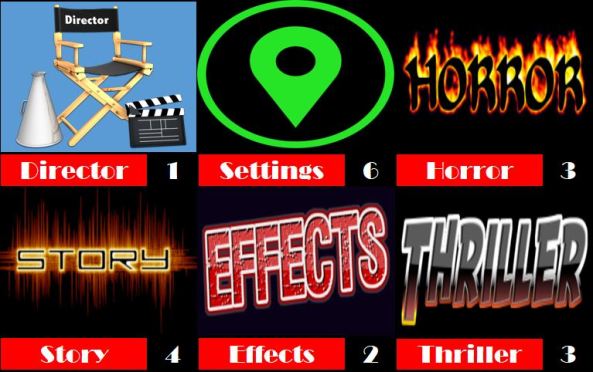 Scene of the Movie – The creatures attack.

That Moment That Annoyed Me – The camerawork is terrible.

Final Thoughts – This is a solid idea for a horror film, but the camerawork starts to make this feel unwatchable for the most part.

Overall: Camerawork ruins a smart idea that should work.