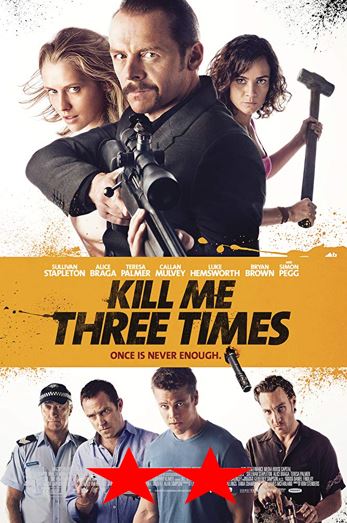 Plot: Professional hit-man Charlie Wolfe finds himself in three tales of murder, blackmail and revenge after a botched contract assignment.

Tagline – Once is never enough

Story: Kill Me Three Times starts with Charlie (Pegg) completing one of his jobs before getting called into the next one, where he follows Alice (Braga) who is the target of Lucy (Palmer) and Nathan (Stapleton), she is trying to get away from her life and be with Dylan (Hemsworth), but her gangster husband Jack (Mulvey) won’t let her.

As the plot thickens Charlie is looking back on where he thinks things might have gone wrong as we jump around the timeline a lot.

Thoughts on Kill Me Three Times

Characters – Charlie is the hitman assigned to kill Alice, he ends up witnesses another couple trying to get the job done as we see how he operates and thinks about how his plan could unfold. Alice is the target, she is married to an abusive man and is trying to get out of her relationship, only to become the target for hitmen. Nathan and Lucy are a couple that are planning on killed Alice, even when things don’t always go to plan.

Performances – This is a film where we can’t say much good or bad about the acting, because it is the directing and storytelling which are the weak parts. The performances across the board are average without being very good.

Story – The story here jumps between three timelines to see different point of views when it comes to how the events unfold. Now this comes off messy for the most part because we lack the motivation early on from just what is going on, it tries to be too overly smart and falls flat on its face. This is a story that just doesn’t meet the levels it believes it should be and by the end you will have lost attention to follow each little branch of the story.

Comedy/Crime – This doesn’t hit the comedy levels it could, even if they try to make us laugh at the moments that just don’t work, with the crime side we see how different sides are trying to get money or get rid of people in their lives.

Settings – The film is set in a couple of locations where we see the bar, the road, the home just random spots which don’t make things look in the right place. 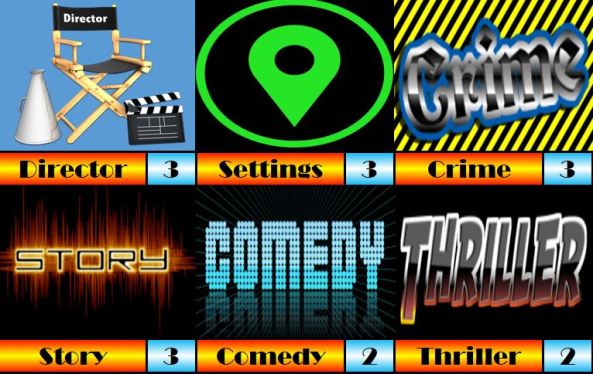 Scene of the Movie – The opening sequence.

That Moment That Annoyed Me – Too many branches in the storyline.

Final Thoughts – This is a disappointing crime comedy that just doesn’t hit the marks it needs to and falls flat on its face. 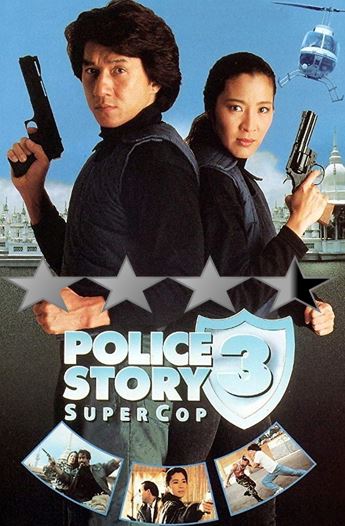 Plot: A Hong Kong detective teams up with his female Red Chinese counterpart to stop a Chinese drug czar.

Tagline – Meet the cop that can’t be stopped!

Story: Police Story 3 starts when a Hong Kong gangster Panther (Yuen) is rumoured to broken out of a Chinese prison, Inspector Ka Kui Chan (Chan) is sent to China to work with the authorities, Inspector Jessica Yang (Yeoh). He must break Panther out and escort him back to Hong Kong so he can face his own countries law.

When back in his home city, Chan must work with Yang as the crime boss Chaibat (Tsang) is preparing to free his wife from prison, while trying to keep his cover from his girlfriend May (Cheung).

Characters – Inspector Ka Kui Chan (or Kevin in the dubbed version) he is considered a super cop in Hong Kong and must go undercover in China to bring down a gangster, he can handle himself in a fight even if certain moments it looks like luck over judgement. Inspector Jessica Yang is working for the Chinese police and works with Ka as she looks to use her strict style which clashes with the laidback nature of Ka. May is the girlfriend of Ka Kui and she is the one that blows his cover because the two have no form of communication. Chaibat is the gangster that is trying to get his wife out of prison, he runs Hong Kong and taking him down is just what is needed for the city.

Performances – Jackie Chan is one of those actors you can watch do anything, he is committed to his art form and this shows that he has a little bit of everything, from his pure energy in the action, but his comic timing too. Michelle Yeoh showed us that she was going to become a big action star in this film, handling the comedy just as well as the action. Maggie Cheung is mostly wasted here, her character doesn’t have much to do, while Kenneth Tsang fills the villainous role without any problems.

Story – The story follows two cops from different countries working together to try and take down a big crime group who find themselves split between the two countries. We get the undercover idea here which works well, the awkward chemistry works well, thee action blends into the story taking our attention away from the simple side of everything involved. This does end up being by the books, we know they will get made and will be forced into action police wouldn’t consider and by the end we will see the cop come out on top with the criminal needing to face him in a final battle. The twists are not going to shock and the major turning point comes from somebody else’s stupidity.

Action/Comedy/Crime – We are going into a Jackie Chan movie, we know the action is going to be big fight sequences and crazy stunts, this hits all the required expectations for this movie, certain stunts or fights get the laughs required too, which surprises with the number of funny moments that don’t take away from the action.

Settings – The film keep the settings ready for the set pieces, we have the big cities, the working prisoners and the hideouts, everything you would expect to see. 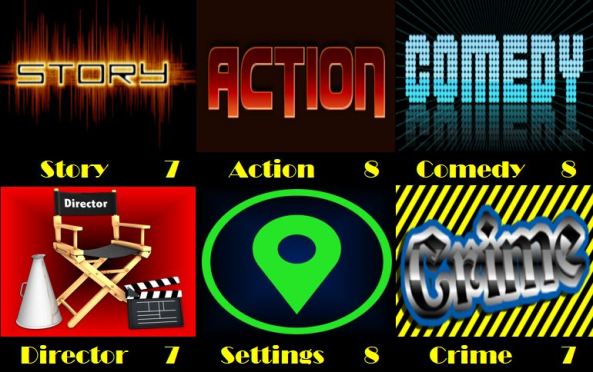 Scene of the Movie – Train sequence.

That Moment That Annoyed Me – The badly dubbed version shown on TV.

Final Thoughts – This is a purely entertaining Jackie Chan movie, it has the action we would expect, the comedy that works without trying to be more than it needs to be. 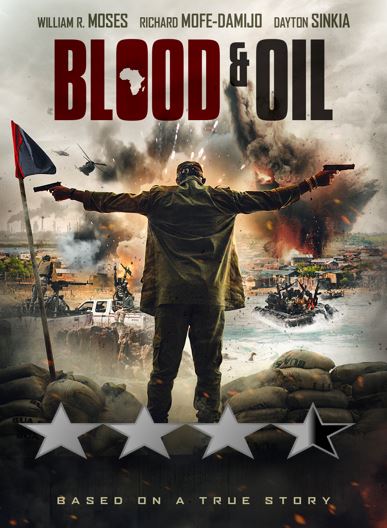 Plot: Based on True Events. A story about the 1st oil well drilled in Nigeria and how the impact has affected a small Nigerian Delta Village  (Oloibiri) and the lives of those involved.

Story: Blood & Oil starts after oil is discovered in a small Nigerian village of Oloibiri, the locals under a man known as Gunpowder (Mofe-Damijo) look to control the people, while businessman Powell (Moses) wants fair working conditions on everyone working for the transport of the oil.

Where the oil wasn’t controlled properly the first time, it led to the locals becoming sick and dying, this has led to the tension growing between the two sides when the new investment arrives with the locals not wanting to risk the lives of their own children.

Characters – Powell is the businessman that wants to run an oil business in Nigeria, he wants a honest business, with safe working and environmentally friendly towards the neighbourhood, unlike the previous people that run the company, he finds himself on the run after the locals want nothing to do with him. Gunpowder runs the local area, believing the oil will in fact be his to control, he rules by killing and forcing people to give him what he wants. He is feared by most of the locals in the area. Azu works for Powell, he has seen the consequences of the oil in his country and is torn between which side to be working on.

Performances – William R Moses is the America figure in the film and does a good job which is mostly trying to do the right thing. Richard Mofe-Damijo does bring us a character that does strike fear into the audience with just how dominate he makes his character.

Story – The story here shows how one Nigerian village is dealing with the latest oil discovery and soon we see just how the different sides react to the latest look at investment. This does show us just how the oil business will make people do the craziest things for greed, we see how relationship between outsiders had become strained because of the actions of the people beforehand. We see how this behaviour is still happening in the modern times which shows how oil is only going to drive people to do crazy actions.

Action – The action in the film comes from the militant behaviour of the Gunpowder and his men that use their guns to control people.

Settings – The film is set in Nigeria in one village that shows how the people here have been affected for years and turned the mentality of the people in the area. 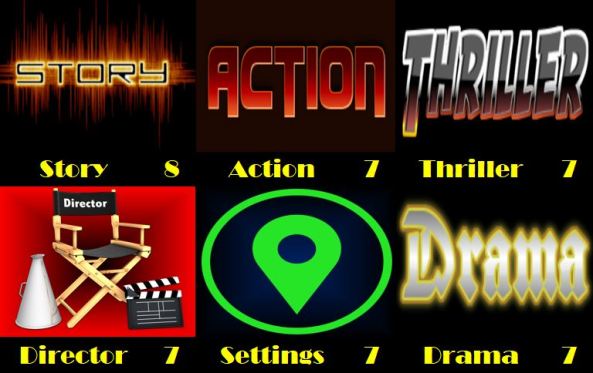 Scene of the Movie – The captured reaction.

That Moment That Annoyed Me – We could have seen more from the Powell ideas of doing things the right way.

Final Thoughts – This is an interesting look at how the mentality of people when it comes to oil and the potential money that could come from controlling it.