Plot: A man abducts a flower shop owner and holds her captive in a small, soundproof room in an effort to extract a dark secret from her past.

Story: 10×10 starts when Lewis (Evans) watches and plans the abduction of Cathy (Reilly) a flower shop owner in a small town, he locks her in a 10×10 concrete room as he looks to extract information from her.

Lewis only wants to know one thing, Cathy’s real name, he believes she has a past which she is keeping secret and he wants to expose her lies.

Characters – Lewis has been planning the abduction of Cathy for a while now, he has his motivation for doing and has planned on where to keep her until he learns the truth, he was married, but something happened to his wife, he wants the answers from Cathy. Cathy is a popular florist in a small town, she gets on with everybody and is abducted by Lewis, she is keeping a secret from everybody, one that would ruin her reputation showing a much darker side to her.

Performances – We do only have two main performers in this film, Luke Evans as the sinister abductor goes through the range as the story unfolds, as does Kelly Reilly, the two have to see their characters take big twists through the story.

Story – The story follows a man that abducts a woman in hopes of unlocking a secret from her past. This does seem like a simple enough story, it is a simple enough story, you are built into learn that we are going to get a twist on who Cathy is, other wise this whole plan is pointless, the main focus on the story is the Lewis trying to get the secret out and her not wanting to spill the beans. The story could have easily been a man of a televised series of mysteries, if we are honest, it does gets stretch longer than it needs to.

Thriller – The film does try to keep you guessing as to what is going on because the idea that a stranger is taken and the only question being asked is what is her name, keeps us wondering what she has done in the past.

Settings – The settings are one of the bigger disappointments, mostly because of the title of the film, which implies the film will take place in this room only, but we spend a while in the build up, we have a random car trip and most of the action takes place in the house, rather than just the room. 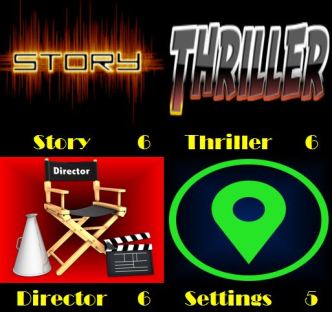 That Moment That Annoyed Me – The outside the room feels like false advertising.

Final Thoughts – This is an interesting thriller, it has all the strong components required for a good film, it just ends up feeling like it was slightly miss-sold.