Plot: After her cousin comes to visit and falls ill, a woman starts to receive strange cell phone messages.

Story: Selfie from Hell starts as Hannah (Walker) is getting a visit from her cousin Julia (Adams) a vlogger with a big following, only upon the meeting, Julia isn’t being her usual self. When Julia stars taking selfies, a figure is seen getting closer on each snap, before she gets attack, left ill in a coma like state.

Hannah decides to investigate what Julia’s latest project was, which takes her into the dark net with her computer expert friend Trevor (Giroux) giving her the warnings, which she doesn’t follow, as Hannah ends up being the latest target of the evil that targeted Julia.

Thoughts on Selfie from Hell

Characters – Hannah is a young lady that works from home in computing, well I am guessing this, she is hosting her cousin’s visit. She must investigate what happened to her cousin after an unexplained event happens, which sees her investigate the dark net against the advice of her friend, giving away personal data, as it does target her next. Trevor is the friend that helps Hannah through his knowledge of the dark net, the two have a strange relationship, with the events of the film giving them a chance to meet. Julia is the vlogger cousin that isn’t her normal self, she takes a selfie only to find herself becoming attacked by the evil presence, left in a coma for the film.

Performances – When it comes to the performances, it doesn’t help that the characters are plain terrible, it makes it hard for the actors to make anything from the film, Alyson Walker doesn’t feel like a leading lady either, Tony Giroux struggles to, but his character feels like it should be more of a info guy that should be killed off early. The acting doesn’t improve, but we barely get to see anybody else in the film either.

Story – The story follows a woman that must investigate her cousin’s mysterious illness, which has a connection to a selfie and the dark net, the secret she finds put her in real danger. Well, that is about it for the story. when we look at this style of story, we can look at films like Pulse for ideas, which is where this film fails, because it just doesn’t give us enough belief to how deadly whatever is happening is. The story has mounting problems with what is happening, be the it casually going into the dark net, the fact it was easy to go into and a computer expert is happy to download random software on their computer. Most scenes just involve Hannah being told not to do something and the next scene she does them anyway.

Horror/Mystery – The horror in the film relies on just making loud noises for false scares with nothing getting any reaction form the audience, while the mystery could have been interesting, only it just doesn’t make sense.

Settings – The film is set mostly in the one home, which does help with the budget, it is used to show that you can bring the horror into your home.

Special Effects – The effects in the film are basic at best, most are flashing images, but when we do get to see something creepier, it just becomes CGI mess. 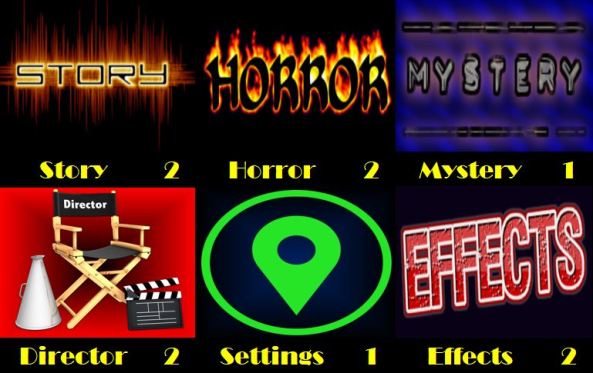 That Moment That Annoyed Me – Hannah’s decision-making process.

Final Thoughts – This was a terribly boring horror, that frustrates more than it scares, it tries to use a craze, but it just drags along even though it is only just an hour long.

Plot: A fast-talking lawyer transforms his body and takes a vow of silence, not to be broken until he finds out who killed his wife and daughter and has his revenge.

Verdict: By the Book Action

Story: Acts of Vengeance starts as fast-talking defence lawyer Frank (Banderas) misses his daughter’s talent show, that same night his wife Sue (Serafini) and daughter Olivia (Blankenship) are killed, with the police struggling to come up with the answers to who was behind it.

Frank teaches himself how to fight and defend himself as he continues to investigate the murders, being joined by a nurse Alma (Vega), he learns about the corruption coming from the streets, setting out to end the problem once and for all, while under a vow of silence.

Thoughts on Acts of Vengeance

Characters – Frank was a fast-talking defence lawyer, he made a career out of getting criminals off, this only put his personal life on the back burner though, leaving him to not be around when his wife and daughter are murdered. Taking a vow of silence, Frank decides to train and investigate the crime to seek the vengeance he requires to move on with his life. Strode is the one cop that offers Frank any advice while he searches for the truth. Alma is a nurse that has found herself under the fingers of a ruthless gang that want her to do work, she choses to help Frank when he becomes injured. While the end of the film does give the motivation for the killer, that does offer the question of who is in the right for the most part.

Performances – Antonio Banderas in the leading role is the strongest part of the film, we know he can handle himself in a fight, making this easy for him to deliver on. The supporting cast do struggle to make the impact which would be required, which only disappoints with the talent we have on show.

Story – The film follows a man that loses his wife and child, forcing him to go on a one man mission to learn the truth and taking on crime after making his career from defending criminals. When it comes to stories, this is the simplest kind, which is needed for action, when we get the reveal to who the killer was, it does make perfect sense, it is just the building up to this moment that is a waste, with endless amounts of time spend talking about the number of words a person say in a day.

Action – The action is mostly the training before Frank gets into his fights, each fight is in a different location which the fighting seemingly being easy to shoot style never too difficult to pull off.

Settings – The film is set in one city which sees just how different parts of the city can be the corrupt. 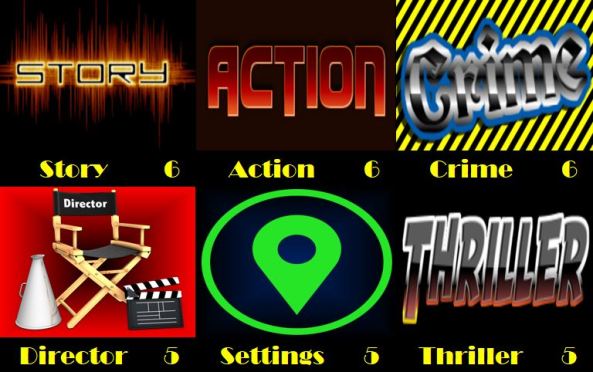 Scene of the Movie – Killer’s motivation.

That Moment That Annoyed Me – The talking about using too many words.

Final Thoughts – This is just another basic action movie, it offers little new material for the genre and if we are honest is nothing more than a late night movie.

Plot: A pair of police officers come out of retirement to catch the infamous outlaws Bonnie & Clyde.

Tagline – This March, there are no High Roads.

Story: The Highwaymen starts with Bonnie and Clyde’s spree going on for two-years, Governor Ferguson (Bates) is running out of options as the two have become celebrities because of their action. Facing little options Lee Simmons suggests turning to two former Texas Rangers Frank Hamer (Costner) and Maney Gault (Harrelson) to track down and end the spree.

With Frank having no other choice after more law enforcement officers are killed, he turns to Maney who has been struggling in the afterlife of being a ranger, he has different beliefs to Frank, which will see them needing to figure out how to eliminate the threat with the honour they are used to acting in, can they stop the murderous pair and their gang.

Thoughts on The Highwaymen

Characters – Frank Hamer is a legendary Texas Ranger, force into retirement with new laws in place, but landing on his feet, he gets turned to for help hunt down Bonnie & Clyde, he must accept that he would be going against what he used to do, return to killing, but most importantly turn to a former partner. Maney Gault is one of the best partners that Frank hand, the force retirement was harder on him with drink being he solution, he is the last resort on skill level, but the first one Frank turns too, he does have standards on how he beliefs on how he handles killing, only once shot upon, he becomes a kind of mentor for a young officer on the hunt. Ma Ferguson is the governor that recruits Frank and Maney to hunt down Bonnie & Clyde, she is reluctant at first wanting to follow more legal causes. Lee Simmons is the one suggesting that the Texan Rangers to help capture them, he puts his neck on the line for it.

Performances – Kevin Costner and Woody Harrelson are two of the best actors in the business, they can play any of these law men with ease and they make each their own with ease. The two are front and centre for most of the film, the supporting cast are solid enough without struggling.

Story – The story follows the two Texas Rangers that hunted down Bonnie & Clyde who were on the killing spree over. The highlight of the story comes from following the law enforcement instead of the criminals, we should do this more often with the people that hunt down the criminals and not make the criminals to idols of the story. this is mostly just the two reflecting on their careers, what they did before retirement, what they might need to do once they catch up to the criminals. It does pace well enough, we don’t over focus on the crimes, only the reaction to them.

Crime/Mystery – The crime side of the film is the hunting down of Bonnie & Clyde, we see how the Texas Rangers track down the criminals. The mystery in the film comes from just how the hunting down was being done.

Settings – Each setting takes us around the open roads in the American where the criminals would have been operating in.

Scene of the Movie – Costner & Harrelson reflect on one of their biggest mission.

That Moment That Annoyed Me – Why were Bonnie & Clyde idolised?

Final Thoughts – Interesting look at one of the biggest take downs of criminals in American history, we have strong leading performances and don’t focus on the criminals.