Plot: A dealer in “outsider” art travels from Chicago to North Carolina to meet her new in-laws, challenging the equilibrium of this middle class Southern home.

Story: Junebug starts as art dealer Madeleine (Davidtz) gets a promising piece of business near her husband’s George (Nivola) family, which give her a chance to finally meet them. George parents Eugene (Wilson) and Peg (Weston) have been waiting this for years and his brother Johnny (McKenzie) whose wife Ashely (Adams) is about to give birth open their doors to the loving couple.

With the time with the family Madeleine becomes friends with the overly talkative pregnant Ashley, while trying to strike up a deal with the artist before losing him to another gallery.

Characters – Madeleine is an art dealer that gets to meet her husband’s family for the first time, where she must learn about the family while trying to find time for the deal she is about to make, making friends and being friendly is her role. George is Madeleine’s husband and he gets to return to his family home for the first time in years, where he must rebuild his relationship with his brother. Ashley is the pregnant wife of Johnny, she talks way too much for her own good, but it is in an innocent way as she wants to learn about Madeleine’s life.

Performances – Embeth Davidtz is god in the leading role, which can be said for the most part. Amy Adams completely steals this movie with her loveable character.

Story – The story here is simple, it is a meeting the family of a loved one for the first time, having to deal with the pressure to not say anything inappropriate and get out the time being loved. It isn’t overly original, but it falls into the idea of if it isn’t broke don’t fix it. We get the idea of our main couple sometimes being considered looking down on others and needing to learn how to come together for a celebration.

Comedy – The comedy in the film is a nice balance between the drama, making us smile rather than laugh out loud.

Settings – The small town settings helps show how Madeleine could be a fish out of water, with the idea that the family hasn’t gotten too far from the family home while she and George live an open world lifestyle. 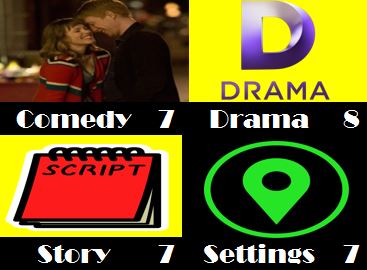 Scene of the Movie – The baby is coming.

That Moment That Annoyed Me – We did need more focus on George.

Final Thoughts – This is a charming comedy drama that gives us one of the best performances from Amy Adams.

Plot: A family of small-time crooks take in a child they find outside in the cold.

Tagline – Sometimes you choose your family.

Story: Shoplifters starts as we meet the Shibata family, Osamu (Franky), Nobuyo (Ando), Hatsue (Kiki), Aki (Matsuoka) and Shota (Kairi) they are living in a tiny room where they struggle to make ends meet, with the parents working low paying jobs and being forced to shoplift just to put food in their mouths, they only end up taking in young Yuri (Sasaki) who is being abused by her parents. We continue to see how the six operate through each day and how they welcome young Yuri in even if it makes their own lives more difficult.

Characters – Osamu is the father of the house, he works in construction when he can get work and guides the younger members on how to get away with shoplifting, he does get injured which sees him housebound for a month, though his relationship with his children is all over. Nobuyo is his wife that is the most reluctant to take Yuri in at first until she sees the conditions she is from, she does also work for a living, where she takes stuff she finds in pockets. Hatsue is the one that owns the home, he is living off her pension, but it is believed she lives alone. Aki works in a gentleman’s club as a dancer and performer behind glass, it brings in the best money and could see her find her way out of the poverty line the family is on. Shota is the youngest member of the family, he is the most streetwise of the group, he does the most shoplifting on a daily basis, he has it down to an art, while helping Yuri understand the art. Yuri is a young girl the family sees, they take her home to feed only to learn of her abuse, they end up welcoming her to the family and she learns how take part in the shoplifting.

Performances – We have a cast here that deliver on such a top level you would believe them to be a real family, living a normal life. We don’t just praise the adults here, the child actors give wonderful performance too. 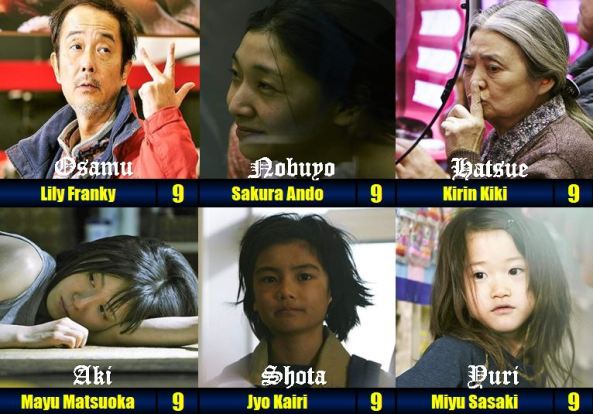 Story – The story here follows a family of shoplifters living just above the poverty line in Japan. We see how they struggle through each day, being forced to break the law just to feed themselves. This does sound like one of the stronger dramas because each character gets to show us their day, the best, the worst and the family part of the day, but there is a bigger secret here and one that turns everything on its head making this one of the more shocking stories you will see. We get to see how the poverty line can be so unfair on child, but the parents will always put them first when it comes to feeding them, we also see how in the end money won’t be the thing that buys happiness, it is the people who are there for you.

Settings – The film is set in Japan, with a lot of the film taking place inside the small house the whole family lives in, we see the streets they wonder, with the day trip to the beach being one of the biggest scenes. 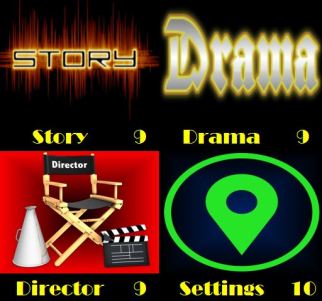 Scene of the Movie – Beach trip.

That Moment That Annoyed Me – Yuri counting.

Final Thoughts – This is one of the most beautiful heart-breaking films you will see, it has wonderful performances from the whole cast and will leave you feeling emotional drained.