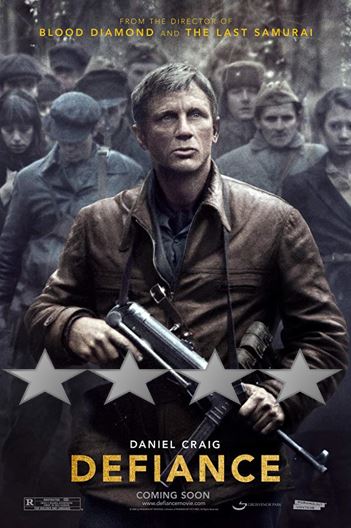 Plot: Jewish brothers in Nazi-occupied Eastern Europe escape into the Belarussian forests, where they join Russian resistance fighters, and endeavor to build a village, in order to protect themselves and about one thousand Jewish non-combatants.

Tagline – Freedom begins with an act of defiance!

Verdict: Amazing Story of the Tragedy of War

Story: Defiance starts as the Bielski brothers Tuvia (Craig), Zus (Schreiber) and Asael (Bell) set up camp in the forests of Belarus for Jews during the war, knowing they would become slaughtered if the Germans came across them. Tuvia wants to make sure the group survive, while Zus wants to fight back against them.

As the conflict between the brothers becomes clearer, Zus joins the Russian resistance to fight back, while Tuvia continues to grow the group offering the only hope of survival for the men, women and children.

Characters – Tuvia wants safety for the innocent people in the war, mostly the Jews of Belarus, he offers them shelter in exchange for labour to make their community whole, guards them from the dangers that could come from the war, he makes the difficult decisions others simply couldn’t decide on. Zus wants to combative defence against the German’s he will eventually clash with his brother before joining the Russian’s against the German, always being left to wonder if he made the right decision. Asael is the younger of the three brothers, he learns to grow up through this war and his action show that he has given his own older brother the hope he needs to survive. Lilka is one of the women saved from the ghetto, she becomes somebody that challenges Tuvia to make the right decisions through the difficult times he is going through. We have a lot of support character who are part of this journey to show just how difficult surviving the war would have been for the innocent or helpless.

Performances – Daniel Craig takes the leading role and shows all his strengths as an actor, he makes us believe that he is struggling with each and every expression he makes, this is likewise for Schreiber as the two show even with conflict they can work together. Jamie Bell continued to show he was growing up into a great actor ready for the more adult roles and with a supporting cast that contains Oscar nominated stars, we see the abilities involved with the cast.

Story – The story here shows the incredible story of the Bielski brothers that gave hope to thousands of Jews during World War II, while the two oldest might fight over ideas of how to survive the war, they both want the same thing, freedom and safety for their people. We have seen many different stories of people doing incredible things to survive the war and never ask for anything in return is always growing, it is an important part of history that should never be forgotten and this film’s story shows us just how impossible their stories seemed.

Action/History/War – The action in the film shows us the fighting suffered through war, the sequences show how quickly the peaceful locations can become ruined and just how war made people do things they never thought they would. This is also an important part of history which simply shouldn’t ever be forgotten.

Settings – Set mostly in the forest, this shows how the victims of war would be in hiding just hoping they never got seen by anybody who would come after them. 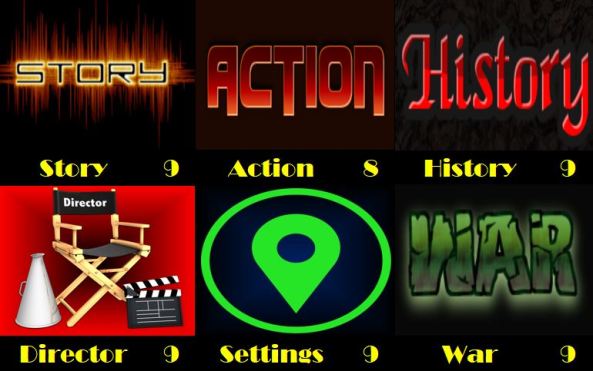 Scene of the Movie – The journey.

That Moment That Annoyed Me – The faith side while important does seem to take over at times.

Final Thoughts – This is yet another amazing story of survival during the war, it showed how one family risked everything to make sure others were safe and shouldn’t ever be forgotten. 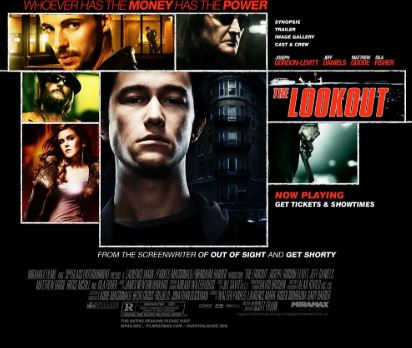