This is under N because of the writer Nicole Holofcener. 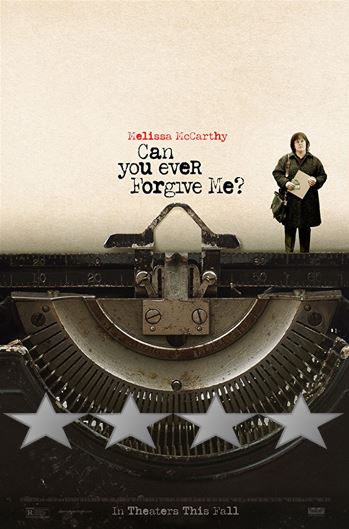 Plot: When Lee Israel falls out of step with current tastes, she turns her art form to deception.

Story: Can You Ever Forgive Me? Starts in 1991 when struggling author Lee Israel (McCarthy) finds herself out of a job and money is making her life difficult. Lee turns to drink where she meets Jack Hock (Grant) a fellow struggling writer as the two drink their problems away.

Lee discovers a personalised letter in one of her books and learn of the money it is worth, she starts to write her own letters claiming they are from the real authors and making plenty of money out of this plan, until the letters start getting questioned.

Thoughts on Can You Ever Forgive Me

Characters – Lee Israel is a middle-aged author that has been struggling for inspiration for a couple of years, with her latest books struggling to sell, she lives with her aging cat in a small apartment, turning to drink whenever times get hard. Jack Hock is an alcoholic con artist that turns into a drinking buddy for Lee, he pushes her to take more risks, while continuing his own reckless behaviour. Anna and Alan are two of the many dealers that are put in a position of becoming conned by Lee’s letters.

Performances – Melissa McCarthy is an actress that goes to weak comedy films too often, this is a change for her in a serious role, we get to see that this actress has talent and this could be a career best. Richard E Grant shines in the supporting role giving one of the best supporting performances of the year. The supporting cast are great through the film where they don’t get as much screen time.

Story – The story here follows the fraud that Lee Israel created with fake letters and stolen letters from famous authors, selling them to cover her own failures in life. We only focus on the time which caused her to start doing this action, until the moment she gets caught and the consequences of her actions. This does show us how desperate people can become when the reach the end of their means, how naïve the people who buy could be for buying letters just because people say they are real and just how important friends will be in your later years. This does play out in the way you would imagine which keeps it feeling realistic for everything that is going on with the criminal events.

Biopic/Comedy/Crime – The biopic side of the film shows us just the scandal side of Lee Israel’s action which is all we need to see from her story, it does have moments of comedy which will make us chuckle without being a full blown comedy, it never needed to be this. The crime side of the film is the actions Lee was committing for money

Settings – The film is set in New York which would be a prime location for authors from around the world would be located in the early 90s. 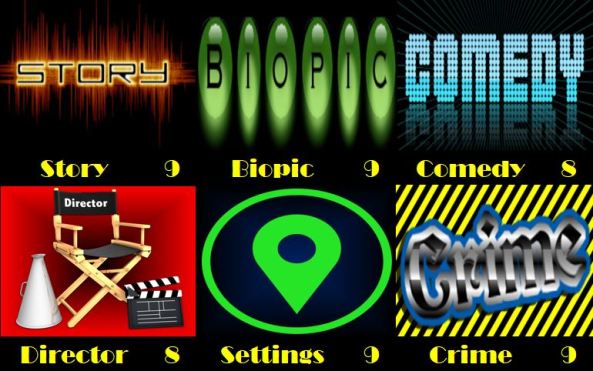 Scene of the Movie – Courtroom.

That Moment That Annoyed Me – While we do only focus on a small part of Lee’s life, it might have been nice to get a glimpse in the first 40 odd years to see where things might have gone wrong.

Final Thoughts –This is a brilliantly acted movie that shows McCarthy is one of the strongest actresses in the business, it shows a true crime story and makes us want to see how far she gets.