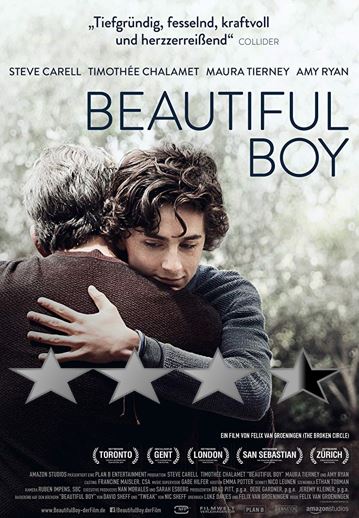 Plot: Based on the best-selling pair of memoirs from father and son David and Nic Sheff, Beautiful Boy chronicles the heartbreaking and inspiring experience of survival, relapse, and recovery in a family coping with addiction over many years.

Story: Beautiful Boy starts with David Sheff (Carell) asking about the addiction and cure behind crystal meth after his son has become addicted too it, we flashback to the earlier years between David and his son Nic (Chalamet) who has been in and out of rehab avoiding college before taking up a chance in college, where he is exposed to more drugs.

When everything gets out of hand, David turns to the experts to make sure he can finally get Nic clean, it isn’t going to be an easy road, but it is his son and he will do anything to cure his son from his addiction.

Characters – David is the father that has seen his son spiral out of control in his addiction to drugs, he does his own research to help his son try to recover only for this to become more difficult each time, his relationship with his son will be pushed to the limits and only his love can get him through. Nic is the teenage son that had a wonderful future waiting for him, he started taking drugs which only took his life down a path of destruction which he can’t escape from, it will see him doing too many bad things with only his parents standing by him. Karen is the step mum that sees the suffering from both sides and is worried about the younger children, while Vicki is the mother on the other side of the country that seems to have lost more hope than his father.

Performances – This film relies on the quality in the performances, Steve Carell and Timothee Chalamet are both fantastic showing us both the talent Steve can have and the talent Timothee continues to show. The supporting cast are strong showing the moments that are important in the film.

Story – This is the story that follows a father son relationship when the son becomes addicted to drugs and however many times, they try to get him off the drugs, he falls off the wagon again. This is a story that many people go through, it is tragic how easily people can become addicted to drugs, this shows us just how important family is to try to cure the addiction. The story does seem to jump around the timeline too much for my liking and I feel the introduction moment would be important to help understand how easily Nic entered the drug world. The story here isn’t as strong as it should be to make a proper impact on the drug taking world.

Biopic – This is a mix of the two accounts of the event, David and Nic’s which does show us what is going on through two mindsets, the reality is this could be any father son or family involved with drugs, nothing seems that standout on this side of the film.

Settings – The settings show us the different worlds Nic can be part off, the family that wants to be there for him and the one where the drugs take over. 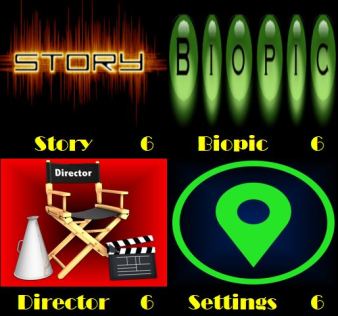 Scene of the Movie – The chase.

That Moment That Annoyed Me – The story isn’t the most interesting.

Final Thoughts – This is a performance heavy movie that shows the consequences of taking too many drugs and becoming addicted and how one family stuck together to help cure the addiction.