Plot: A laid back Southern man is sentenced to two years in a rural prison, but refuses to conform.

Tagline – Sometimes, “Nothing” can be a really Cool Hand

Verdict: The Classic We Know

Story: Cool Hand Luke starts as war veteran Newman) is sent to a rural prison for cutting the heads of parking metres. Wanting to keep to himself it isn’t long before he starts befriending the leader of the men in the prison Dragline (Kennedy) as they start to pass the times with bets and fights.

As Luke’s two year sentence runs, life catches up with him as he must deal with the consequences of his actions, moments in life that he will miss, forcing him to want to break the rules of the prison.

Characters – Luke is the war veteran who in a drunken state destroys parking metres, he is calm while set to prison and knows how to improve his standing with the prisoners, as he plans his own escape from the prison, he misses out on big moments of life, but it is clear he is dealing with the effects of war. Dragline runs the prisoner side of the inmates, if he likes you, you get anything, he keeps the people calm while dealing with the struggles they are facing, he befriends Luke during the time in the prison. We have a large amount of inmates in the prison each with their own characters, we have the strict wardens and owner of the prison who keep the men in line, while befriending them if they follow the rules.

Performances – Paul Newman shines here giving us one of the best performances of any acting career, we completely understand the troubles he has been facing as the man who needed help from the world. George Kennedy in the supporting role is fantastic while the rest of the cast fill their roles well letting Newman shine.

Story – The story here follows Luke in his time in prison, he has been sent there because of a minor crime and his problems are clear for all to see, he is a war veteran facing the consequences that had yet to be truly healed when returning home. We see how he tries to escape from the prison as he is ready to try and go against the rules of life which shows us just how broken this man was, we would get a lot more support in the modern era. The bond between the prisoners is strong in the story telling showing how they can become like one to help pass the time, with the wardens and guards even showing moments of sympathy towards the prisoners.

Crime – The crime side of the film shows us just where a minor criminal will end up, how they must get through the prison routine even if they want to escape.

Settings – The film is set in the prison, it shows us how isolated this location is, meaning running isn’t going to be the option. 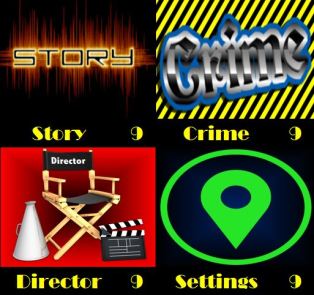 That Moment That Annoyed Me – The Bloodhounds seem mistreated.

Final Thoughts – This is one of the classic films, it is one that does stand the test of time and shows just how Paul Newman was one of the greatest actors of all time.