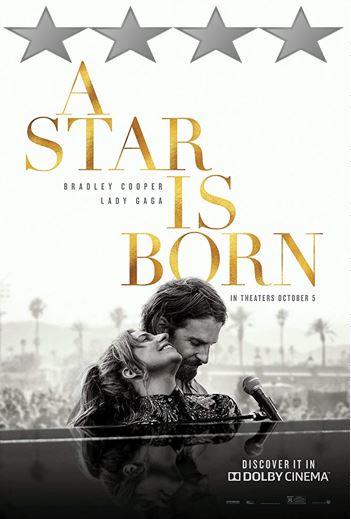 Plot: A musician helps a young singer and actress find fame, even as age and alcoholism send his own career into a downward spiral.

Story: A Star is Born starts when rock star Jackson (Cooper) looking for another drink stumbles into a drag bar, he sees working class woman Ally (Gaga) perform on stage, instantly he knows she has talent and learns more about her, bring her on stage for his latest show.

When Ally becomes an overnight success story the two-start performing together which only attractions more record labels who come calling to make Ally the next biggest star in the music world which soon sees her become more famous than Jack whose own problems could bring an end to his fame.

Thoughts on A Star is Born

Characters – Ally is a hotel worker that performers in a local drag bar after being rejected by record labels before. She meets rock star Jack who encourages to perform, first with him and soon the world wants to see her become the biggest star in the music industry. Ally must learn about the world around her, one she has never stepped foot in before or become consumed by it. Jack is the rock star who sees Ally believing she could become a star, he offers her a chance to perform which sets her on her way, Jack however has his own problems with drinks and drugs would could finish his own career just as Ally’s is about to take off. These two characters do take centre stage for the most part, we do see family that support as well as friends who see their friend get to levels of fame they never thought they could.

Performances – Bradley Cooper gives one of his best performances of his career here, not just on front of the camera, but behind it too. He manages to make us feel like his problems are real, which are problem many musicians could be facing. Lady Gaga was always going to be a wonderful choice for the singing side of the film, it was the acting side people wanted to see if she could handle, she does a good job through the film managing to show the bond the two have throughout the film. the supporting cast are good without needing to be challenged to reach the levels of the lead two actors.

Story – The story follows the rise of a musician after being discovered by an alcoholic rock star. We know this is a remake, so we know this had been modernised to tell an old story which deals with the modern problems of fame for musicians. We see how one side is taking every opportunity thrown her way and the other than has been watching his career fade away because of alcoholism and drug abuse. This is a great story of how important taking chances are and how success can ruin lives. The story does however become slightly slow paced because we just jump into a song to cover up anything that needs to be talked about more.

Music/Romance – The music in the film is good with songs that Gaga performs with ease. The romance between the two shows how they can support each other through the lives they didn’t know they would be going through.

Settings – The film uses the settings to show the journey that Ally takes from the small venue to awards ceremony showing here rise to fame. 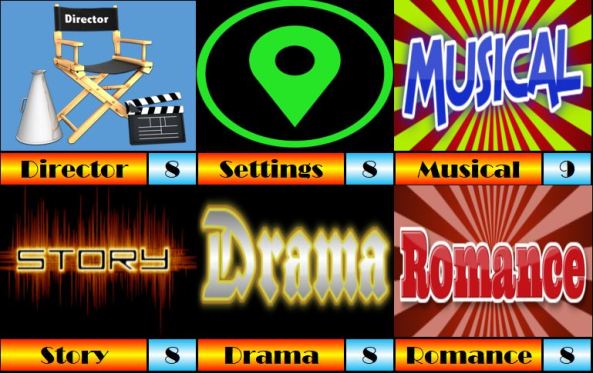 Scene of the Movie – First song.

That Moment That Annoyed Me – The rise feels too fast.

Final Thoughts – This is a great look at how the fame can affect lives in the music industry, we get strong performances from Cooper and Gaga who both shine through the film.