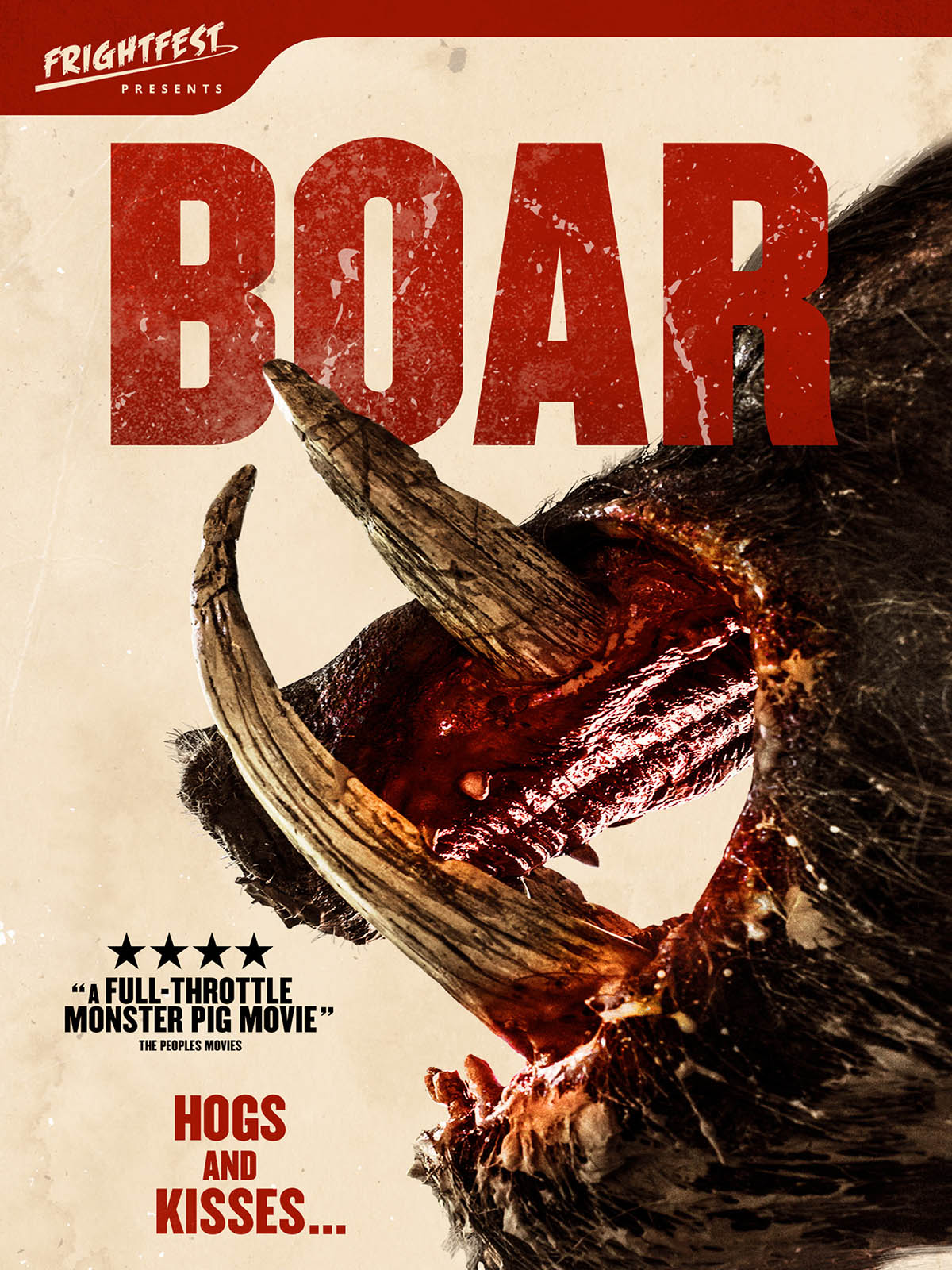 In the harsh, yet beautiful Australian outback lives a beast, an animal of staggering size, with a ruthless, driving need for blood and destruction. It cares for none, defends its territory with brutal force, and kills with a raw, animalistic savagery unlike any have seen before.

Believed nothing more than a myth, a legend brought to life by a drunken hunter, the beast ventures closer to civilization. When the bodies of two of its most recent victims are discovered, it is up to a locals, and an out-of-town family caught in the carnage, to halt the creature in its tracks.

Plot: Arthur Curry learns that he is the heir to the underwater kingdom of Atlantis, and must step forward to lead his people and be a hero to the world.

Tagline – He’s not from around here.

Story: Aquaman starts as we learn about Arthur’s (Momoa) parents, mother the Queen of Atlantis Atlanna (Kidman) and father a mortal lighthouse keeper Tom (Morrison), Atlanna had to leave Arthur on land after her failed attempt to escape the rulers of Atlantis. We see how Arthur is being pressured into going to Atlantis and claiming his throne by Mera (Heard) to stop his half-brother King Orm (Wilson) who wants a war with the land by uniting the armies underwater.

Arthur must go on the quest to unlock his own position in Atlantis to prevent a war which will have mass causalities, along the way he will learn the truth about the ways of the Atlanteans if he is going to take the throne.

Characters – Arthur is the Aquaman, not wanting to be a hero on either land or in the ocean, he has always been against Atlantis because of what they did to his mother, he does protect the water from the helpless, while not being as friendly as the other heroes in this universe. He must go on a quest to take on his half-brother and become the true king of Atlantis. He does try to give us plenty of one liners through all the film. Mera is the princess and daughter to King Nereus, she knows that Arthur is the right person for the throne, though she is arranged to marry King Orm, she does come off as the smarter of the two while on the quest. Vulko has trained both to be prepared for fights, he is the advisor to King Orm, even if he believes that Arthur is the rightful king. King Orm wants to go to war with the land, he believes and is tired of how the oceans are treated, he wants to unite the different factions even if it means by going with force. He will use both sides to his advantage to put himself in the position of power. Atlanna is the mother of both Arthur and Orm, killed for her actions, one of the few people that commanded respect from all kingdoms. We do have the kings from each kingdom being pushed into following King Orm and Manta who wants revenge for Arthur’s action, he is human and a pirate, even if he ends up looking like a Power Rangers villain.

Performances – Jason Momoa is great in the leading role, he looks like he is having fun at times, which feels important, while he can get serious when needed, he also looks the part too. Amber Heard is good in her role where she gets to fill in the gaps for the audience. Willem Dafoe, Nicole Kidman and Dolph Lundgren are good in the supporting roles which you could watch them play for days. Patrick Wilson deserves praise too because he is one of the best villains in the DC universe.

Story – The story gives Aquaman his first solo adventure after his appearance in Justice League, where he must learn about Atlantis and take on his half-brother before a war between the land and the ocean starts. This is kind of an origin story, which seems to be the way DC are doing them, lets us meet them in a team up movie before moving into their own story, this is that movie. The idea that two half-brothers are fighting to power does seem to borrow from the Thor first movie, which does have a different game as Arthur is the one that doesn’t want to be king. The idea that one man must learn his place and stand up and be counted is a great hero story which is needed for Arthur.

Action/Adventure/Fantasy/Sci-Fi – The action in this film is good with the battle in Sicily being the highlight for me, we get a unique use of camerawork too for shooting the action. The adventure does take Arthur around the world in search for answers above or below the ocean. The fantasy world plays into the idea that Atlantis has been living under the ocean to make their own technology which again plays into the sci-fi elements being used in the film.

Settings – The film does use the settings well, with Sicily being a new fight location, though the underwater sequences look fantastic to be absorb within.

Special Effects – The effects in the film are fantastic for the ambitious scale of the world needed to be created, there are a couple of shots which do look weaker than the rest though.

Scene of the Movie – Sicily fight.

That Moment That Annoyed Me – The story does feel safe for an origin story.

Final Thoughts – This is a blast for an origin film, we can have a lot of fun with everything happening in the film and we now have a character in the DC universe to make us excited that we don’t only have Wonder Woman.

Plot: In the prehistoric past, a young man struggles to return home after being separated from his tribe during a buffalo hunt. He finds a similarly lost wolf companion and starts a friendship that would change humanity.

Tagline – Leaders are born from survival.

Story: Alpha starts as we meet Keda (Smit-McPhee) a young man and member of a prehistoric tribe, this is his chance to go on the hunt with the chief and his father Tau (Johannesson) to complete his path to manhood in the tribe, along with the other recruits, the week doesn’t end well for the young man when he becomes separated from his tribe.

Keda must find his tribe while dealing with the perils of the wilderness including the wolves, one of which he rescues making an unlikely friendship in the harsh world he is travelling through.

Characters – Keda is the young man, the son of the chief of his tribe, he must go on his first hunt which only leaves him alone in the world. he must earn fast how to survive this environment with his caring nature showing with a wounded wolf that he nurses back to help. Alpha is the wolf that was hunting Keda, only to get wounded, she sticks around after being nursed back to health which brings her a new connection, one with a human. The two remain loyal to each other through the bitter winter which will test both of them. Tau is the chief of the tribe and father to Keda, he wants his son to follow in his footsteps showing strength to the rest of the tribe and wisdom to his son.

Performances – Kodi Smit-McPhee is fantastic in the leading role, he has to go through such a physical performance while balancing the emotion impact of believing he could be alone in the world. he does have to deal with most of the work in this film and the connect he has with the wolf. The supporting cast is good with what they need to do without having to do as much as Kodi.

Story – The story follows one young man that gets separated from his tribe and must figure out how to get home, making a new friend along the way, a wolf. This does follow the survival story very clearly and the bond between man and animal starts coming through during the film. even with the formulaic storyline you are kept on edge through out as we want to see if Keda and Alpha can make it home. The connection between the two makes us see how humans and wolfs became one together. The simple story is what keeps us happy.

Adventure/Family – The adventure takes Keda who is part of the tribe through the prehistoric world with threats that a solo man would be struggling to survive through. This does have moments that would be slightly too dark for the younger family audience.

Settings – The world created is beautiful, we have the open plains to the snow filled background each condition becomes more difficult as we go on the adventure.

Special Effects – The effects are strong for the most part, we do have moments that are not good but for the scale of the film should be applauded for the world we see.

Scene of the Movie – The tiger attack.

That Moment That Annoyed Me – Not understanding the bison hunt.

Final Thoughts – This is a visual treat for the audience with a connection between man and dog that is fantastic to see, the story might be generic but it works well.

Synopsis – Five young mutants, just discovering their abilities while held in a secret facility against their will, fight to escape their past sins and save themselves.

The Main Reason I Want to See It – Being a fan of the X-Men franchise I have been waiting to see this new vision which seems to have a much darker tone than many of the others, it does seem to be diving into the horror genre. We have a fantastic young cast and after a 16 month delay, can we just get this movie released please?