Is released on DVD, VOD and EST on 14th January 2019 by Altitude Film Entertainment. 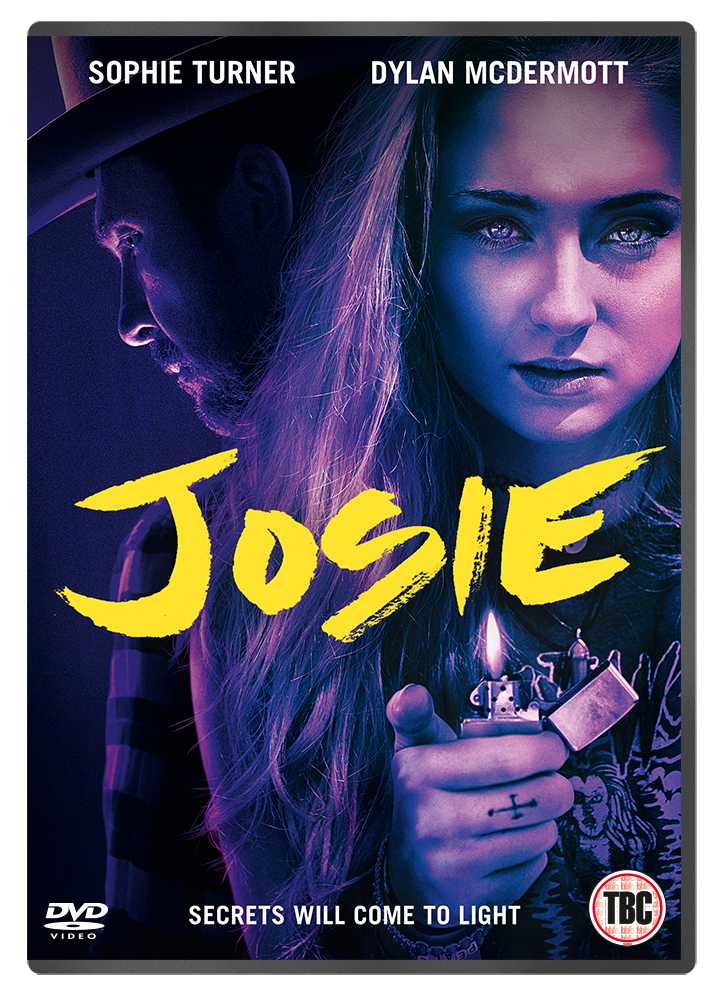 Game of Thrones superstar Sophie Turner as you’ve never seen her before, as a high school Lolita tempting American Horror Story’s Dylan McDermott, in this stylish and mysterious rural noir.

Dylan McDermott (American Horror Story, In The Line Of Fire)

Haunted by disturbing visions and guilt from his past, frustrated at not being able to get close to Josie, and driven to jealousy when she starts seeing her classmate Marcus (Kilmer), Hank’s simmering obsession with the teenager starts to boil over.

Plot: After twenty-two years of psychiatric care, Norman Bates attempts to return to a life of solitude, but the specters of his crimes – and his mother – continue to haunt him.

Tagline – Norman Bates is back. Coming home was a bad mistake!

Story: Psycho II starts when Norman Bates (Perkins) gets released after 22-years in psychiatric care against the wishes of Lila (Miles), returning to his home overlooking the Bates Motel, taking a job in the local diner and opening his door to waitress Mary (Tilly) after she breaks up with her boyfriend.

It isn’t long before Norman starts believing he is seeing his mother and receiving phone calls and notes from people, even with him trying to put his life back together by reopening the motel to the public. Can he keep everything together or is he still unstable to the public?

Characters – Norman Bates is now out of hospital trying to return to his normal life, he seems fully recovered, but it doesn’t take long before he starts to question his own sanity believing his mother has returned to him or being made to play the victim to someone else’s game. Lila is against Norman being released and she will do anything to stop him from living a normal life. Mary is the waitress that is offered a room by Norman believing he has been cured and now she starts to see the good in him, though she isn’t completely what she seems to be.

Performances – Anthony Perkins is good in this leading role showing the unstable side of his character when needed. Vera Miles is good in her role but doesn’t get too much to do. Meg Tilly is a good addition to the cast, she is strong throughout the film keeping her character a mystery.

Story – The story here follows the release of Norman Bates after years locked away as he must come to terms with re-entering society while people still don’t want him released. This is an interesting spin on the idea of the villain from a previous film returning, because it is the time required in hospital before released served and does deal with the idea that being let back into society isn’t going to be accepted by all. Having Norman questioning his own sanity helps us along the way and the twist that comes through the film makes everything tie together nicely.

Crime/Horror/Mystery – The criminal has been released back into normal life which shows us just what it would be like as both sides can argue the point, the horror comes from where the new list of bodies starting to pile up with the mystery being who is behind the killing spree.

Settings – The film does take us back to the iconic Bates Motel which gives us the best scenes, every time we leave we are left feeling out of place though.

Special Effects – The effects do try to use the less is more technique only for it not to come off on the level of the original.

Scene of the Movie – The final twist.

That Moment That Annoyed Me – IMDB ruins a big twist in the story.

Final Thoughts – This is a good sequel to the classic, it builds on the ideas of Norman Bates being released after serving his time and now we see the next chapter of the story.

Plot: While traveling abroad, a guy falls for a Romanian beauty whose unreachable heart has its origins in her violent, charismatic ex.

Story: The Necessary Death of Charlie Countryman starts as Charlie (LaBeouf) deals with his mother’s death which pushes him to take a trip to Romania, an idea that the ghost of his mother suggests. On route the Romanian passenger Victor (Caramitru) dies giving Charlie a reason to find his daughter Gabi (Wood).

Charlie meets to Brits Karl (Grint) and Luc (Buckley) who show him how to party in the hostel but the danger comes from Gabi’s estranged husband Nigel (Mikkelsen) a dangerous man in the city. Charlie finds himself in the middle of the cover up that puts his own life in danger.

Thoughts on The Necessary Death of Charlie Countryman

Characters/Performance – Charlie is a young man who travels to escape the grieving of his mother’s death, he wants to do the right thing but enjoys partying to, it would be fair to say his true motivations and character are never fully shown though. Gabi is the local Romanian girl that catches Charlie’s eye, she is also grieving the death of a parent but her life is a lot more complicated than he can imagine. Nigel is the ex-husband of Gabi that isn’t going to let her go without a fight which brings us to see how dangerous this man could be.

Performance wise, Shia is good in this role, I know people can slam the guy but this works for him. Evan Rachel Wood is also good throughout the film without trying to steal the movie while Mads Mikkelsen is always great in this type of role.

Story – This story focuses on the one man looking for a moment to get away from his life to grieve, this is all good we have seen this before because it shows how this solo character finds themselves getting into trouble. The idea is basically ABC and it is simple enough to follow.

Comedy/Romance – The film doesn’t feel too much like of a comedy and the romance side is basically just guy meets girl in new city but girl has background that makes things difficult for them to be together.

Settings – The setting is good because not many film are set in Romania.

Final Thoughts – This is one of the most average films you will see, there are better and worse that cover the same genre.

Overall: Not that impressive.