Plot: Derek and Hansel are lured into modelling again, in Rome, where they find themselves the target of a sinister conspiracy.

Story: Zoolander 2 starts by filling in the events between the two films, Derek Zoolander has been left complete shame after his school collapsed days after opening, killing his wife, he has lost his child and now lives alone.

When Derek receives an invitation to Rome by Alexanya Atoz (Wiig) he must make up with Hansel (Wilson) who has lost his looks in the same accident that took Matilda, to make the impact in the modelling world again. While Valentina Valencia (Cruz) is investigating while popstars are being murdered.

Characters – Derek Zoolander has been struggling after his career crashed, a recluse from the world, he is drawn out for a new case which brings him to Rome o stop a new model terrorist act. Hansel was left scarred after the accident, also out of the business, now he is out of hiding to work with Derek one last time. Valentina Valencia is the Interpol agent trying to figure out who is killing popstars. Mugatu is back after being locked up for the time between the movies.

Performances – This brings sadness to me, talking about these performances because the first film is one of the better comedies released to the world. The performances from the returning cast are parodies of their original work, with the additions being annoying and poor throughout. 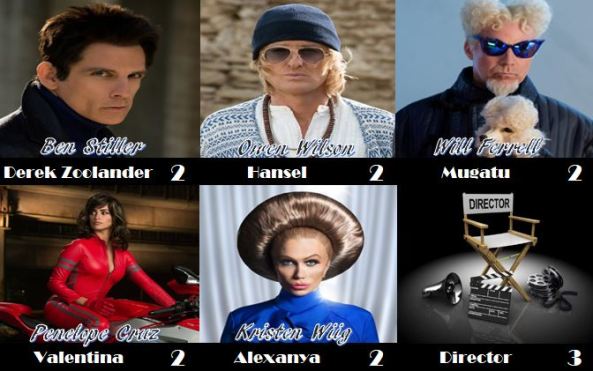 Story – The story is strange because nothing happens for the first hour of the film, it does turn into the same idea again, villain trying to take control while the idiotic model tries to save the day. The story feels like a parody of the previous film which never gets to the levels it needs to.

Comedy – No it just misses on most levels.

Settings – The film is set in Rome, this works for fashion world only.

Scene of the Movie – They killed Justin Bieber?

That Moment That Annoyed Me – The rest of the film.

Overall: Avoid at all costs. 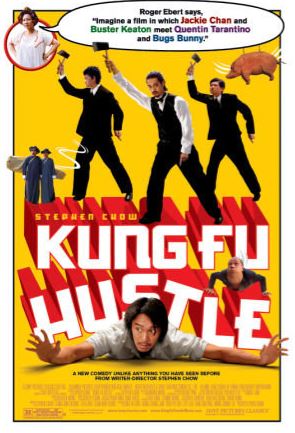 Plot: In Shanghai, China in the 1940s, a wannabe gangster aspires to join the notorious “Axe Gang” while residents of a housing complex exhibit extraordinary powers in defending their turf.

Tagline – A new comedy unlike anything you have seen before

Story: Kung Fu Hustle starts when hustler Sing (Chow) and his sidekick Bone (Lam) arrive in the slums in Shanghai, Sing wanting to become part of the notorious Axe Gang ends up calling them there to help him, only to discover the slums are filled with masters of kung fu.

To be welcomed into the gang Sing must prove he can kill someone which brings him back to Pig Sty Ally to get the deed done. Sing will now need to learn which side of the law he need to be on.

Characters – Sing is a hustler that wants to be a gangster, this leads him to getting into the situations he finds himself in as he is drawn between the two different sides of the law. Bone is Sing’s sidekick, he doesn’t get things done playing the simple card too often. Brother Sum is the leader of the Axe gang, he must find a way to kill the kung fu masters.

Performances – The performances are good from the whole cast, Stephen Chow gets the most laughs, while letting the rest of the cast do most of the kung fu performances until the end sequence.

Story – The story plays into the idea of gangster movies can be wildly over the top as one man needs to find his own place in the world with gangsters, kung fu masters and honest people. This works if you like gangsters movies because everything unfolds like you would expect and being wildly over the top.

Action/Crime/Comedy – The action is kung fu, but madly over the top which does play into the comedy which is good fun to watch, this plays into the crime side of gangs trying to take over.

Settings – The settings shows the different worlds the gang and the masters live which is where the battle takes place.

Special Effects – The effects are used to add to the comedy in this movie as we get slapstick and even cartoonish effects through the movie.

Scene of the Movie – Final fight.

That Moment That Annoyed Me – Holding Stephen Chow back too long.

Final Thoughts – This is one hell of a great fun comedy movie that checks off everything it needs to as it makes you laugh from nearly the opening sequence to the credits.