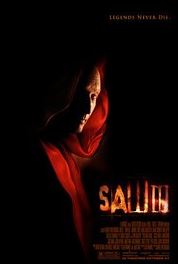 Plot: Jigsaw kidnaps a doctor named Lynn denlon to keep him alive while he watches his new apprentice put an unlucky citizen named Jeff through a brutal test. Lynn has to keep jigsaw alive until Jeff completes the test or else Lynn will die

Story: Saw III starts right after the last film with Detective Eric Matthews (Wahlberg) needing to get out of the bathroom ankle lock, with the rest of his department still hunting down Jigsaw. The detectives are noticing something different with the latest games as we see the victims not getting a chance to survive the games, unlike anything John (Bell) has ever designed before.

For this game we follow doctor Lynn Denlon (Soomekh) who is struggling with her own depression and is abducted by Amanda (Smith) to perform surgery on John as he continues his battle with cancer, on the other side of the story we follow Jeff (Macfadyen) who has closed off from the world after his son is killed by a drink driver, who got off light, Jeff must perform a series of tests to help him get to face the killer.

Characters – John Kramer is now on the verge of death with the cancer leaving him bed ridden through this movie, he has passed on his ideas to Amanda to carry on his work. Amanda is running this game, while watching over John’s surgery, she thanks him for everything while trying to put her own spin on the games. Jeff is being tested through the tasks as a man that has lost his child who could get revenge on the people that let the guy of lightly. He must learn to get over his loss to make it through the game. Doctor Lynn Denlon is abducted to perform the surgery on John, placed in a trapped she must perform brain surgery to help prolong his life and if she fails her life will end.

Performances – Tobin Bell continues to be the shining light in the film series, Shawnee Smith is good in her role where we see a candidate to replace Jigsaw being designed. Angus Macfadyen is solid as the man following the redemption and we see his desperation and emptiness he is feeling. Bahar Soomekh is strong as the doctor needing to stay in control while being in the game.

Story – The story does continue to show how desperate John is to pass his message on to someone new, we do watch how the surgery is being performed to make sure John could have more time, while the game shows one man getting the moments he has dreamt of being able to get revenge on the people involved in his son’s death trial. This is the beginning of the story I don’t enjoy, it puts someone else in charge of whether people make it out alive, which seems to go against everything we have been taught. The side of the story I did like is watching how an apprentice is being created to John’s ideas, this is the beginning of me enjoying the bigger story over the tests.

Horror/Mystery – The horror is much higher than we have seen before, the games are more violent and this easily has the most gore of the franchise thus far. The mystery comes from the connections to everything but to be fair it just doesn’t click together like the previous two.

Settings – We do continue our warehouse settings which helps us see the dirt the people are expected to make it out of to live.

Special Effects – The effects here are again fantastic with most coming off practical with the cracking of bones echoing through every scene. 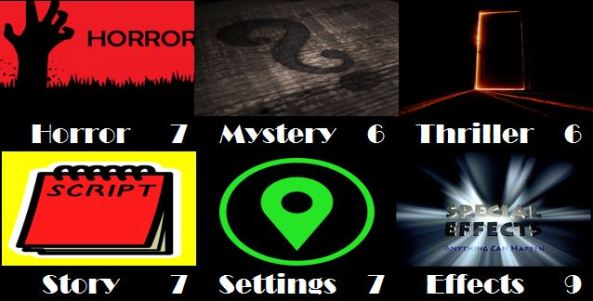 Scene of the Movie – The Rack.

That Moment That Annoyed Me – Stepping into the idea of choosing if someone survives or not.

Final Thoughts – This is where the series started to go downhill, we do get a better bigger picture but as the for games we see things going in the wrong direction for the franchise in quality.

Overall: It’s all downhill from here.