Plot: A couple spend a weekend at a vacation rental home in the Italian countryside in an attempt to repair their relationship, but soon become victims of the homeowner’s sinister plans.

Story: Welcome Home starts with our couple Bryan (Paul) and Cassie (Ratajkowski) heading to their Italian countryside rental home for the weekend, as they two look to rebuild their relationship. With the relationship still strained you can see the troubles they are having and when neighbour Federico (Scamarcio) arrives in their lives it only shows how things might never be fixed.

The closer Federico gets to the couple the stranger the events, we learn that he has the house rigged with cameras and is happy to help continue adding strain on the relationship either by pushing Bryan to get even or trying his own hand at seducing Cassie.

Characters – Bryan has been struggling to deal with the fact his girlfriend cheated on him, he is torn between making the big step or walking away and this holiday will give him that chance for an answer. Cassie is the girlfriend that has cheated on Bryan, she is trying to do anything to help him forgive her though we are never truly sure she wouldn’t do something like this again. The problem with both of these two comes with the fact we don’t get to learn anything about who they are other than each other’s partner, we spend more time either watching Cassie shower or just watch her getting dressed than to give us any redeeming characteristics. Federico is the neighbour that offers a friendly hand to Cassie, soon we learn his motives as he watches over the house with a series of cameras as he inserts himself into the lives of the couple.

Performances – Aaron Paul is the leading role does continue to struggle on the big screen after his wonderful performances in Breaking Bad, he never looks that interested in what his character is meant to be. Emily Ratajkowski is known more for her modelling and music videos, sure she looks beautiful but when it comes to acting, she doesn’t leave too much to the imagination. Riccardo Scamarcio is the villainous role is creepy and seductive just like he needs to be for his role.

Story – The story follows a couple that are rebuilding their relationship on a vacation where things end up getting pushed to new limits by a mysterious stranger. This is something we have seen before, there is no simply way of putting it, the way these usually works better is following the mysterious stranger because we learn what they are doing and wait to see when the others will. This gives us the information about what he is doing and still makes us sit through most of the fight the couple are struggling through, which again could have been highlighted stronger as the point of trying to get over it, but they are reacting like it only just happened. This story is weak for the most part, the highlight comes from the final moments, which could make you rethink everything you did just watch.

Thriller – The film does try to put us on edge from the start to the finish as we learn what is going on and wait to see just how far things will go, the problem is that this film doesn’t hit the markers to suck us into everything that is happening.

Settings – The film is set in Italy which as we saw in ‘Call Me By Your Name’ can have beautiful backdrops, this film fails to capture this in anyway. 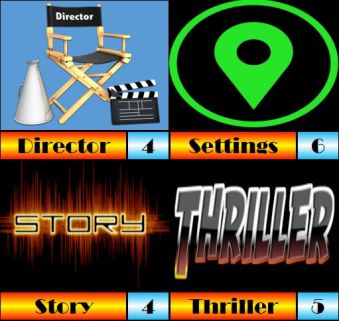 That Moment That Annoyed Me – Seriously how many shower scenes do we need in 90-minute movie?

Final Thoughts – This is a movie that follows a well known style of couple on vacation to fix problems only things go wrong, the acting is basic, the plot predictable and the settings are not used to their best capability.