Plot: When troubled teen Milo, who has a fascination with vampire lore, meets the equally alienated Sophie, the two form a bond that begins to blur Milo’s fantasy into reality.

Story: The Transfiguration starts as we meet lonely teenager Milo (Ruffin), he has been fascinated by vampires for years which has made him the outcast in the neighbourhood, he gets bullied and threated by the gangs while living with his brother Lewis (Moten). When Sophie (Levine) moves into the same apartment, it isn’t long before the two becomes friends, even if they have differing opinions on vampires.

When Milo’s world becomes blurred he doesn’t know whether he is having fantasies about becoming a vampire or committing vampire like attacks on friends and loved ones.

Thoughts on The Transfiguration

Characters – Milo is the lonely teenager that keeps to himself while feeding his obsession with vampires, he watches countless amounts of movies learning what the good and bad ones will be, his lonely life changes when he meets Sophie who finally gives him someone to talk to and hang out with, Milo is a character that knows how to stay out of trouble while having very troubled thoughts. Sophie is the new girl to the apartment, she has suffered abuse in the past and still receives it from her grandfather. She opens up to Milo seeing him as a different person to the normal guys their age, she evens sees past his obsession.

Performances – Eric Ruffin gives us a wonderful performance, he gives us a character that feels very distant from the world and that is what is needed in this film. Chloe Levine brings us a performance that is very good, we understand her characters pain while seeing how she needs to escape her world.

Story – The story here tackles real life issues with mental health, loneliness and surviving the tough a neighbourhood. We see how one teenager is battling with his own personal problems by creating an illusion that vampires are part of his life. While the horror fans will want to see more on the horror side of the story, this story does focus on the performances of the characters situation and brings us a look at the troubles young people can have.

Horror – The film focuses on the idea of a vampire being obsessed with them and whether they are real, but we don’t get too much about the involvement of horror.

Settings – The film is set the rough neighbourhoods, I want to say LA, or a city similar to that, which helps show the different classes living in the neighbour.

Special Effects – The effects are used well when needed while the film doesn’t turn to them for the importance of the story.

Scene of the Movie – Facing the truth.

That Moment That Annoyed Me – While it is part of the story, supporting the Twilight movies is just wrong.

Final Thoughts – This is a wonderful character driven horror that shows us just how mental health can affect people in everyday life if not addressed correctly.

Released ON DVD 5th November and 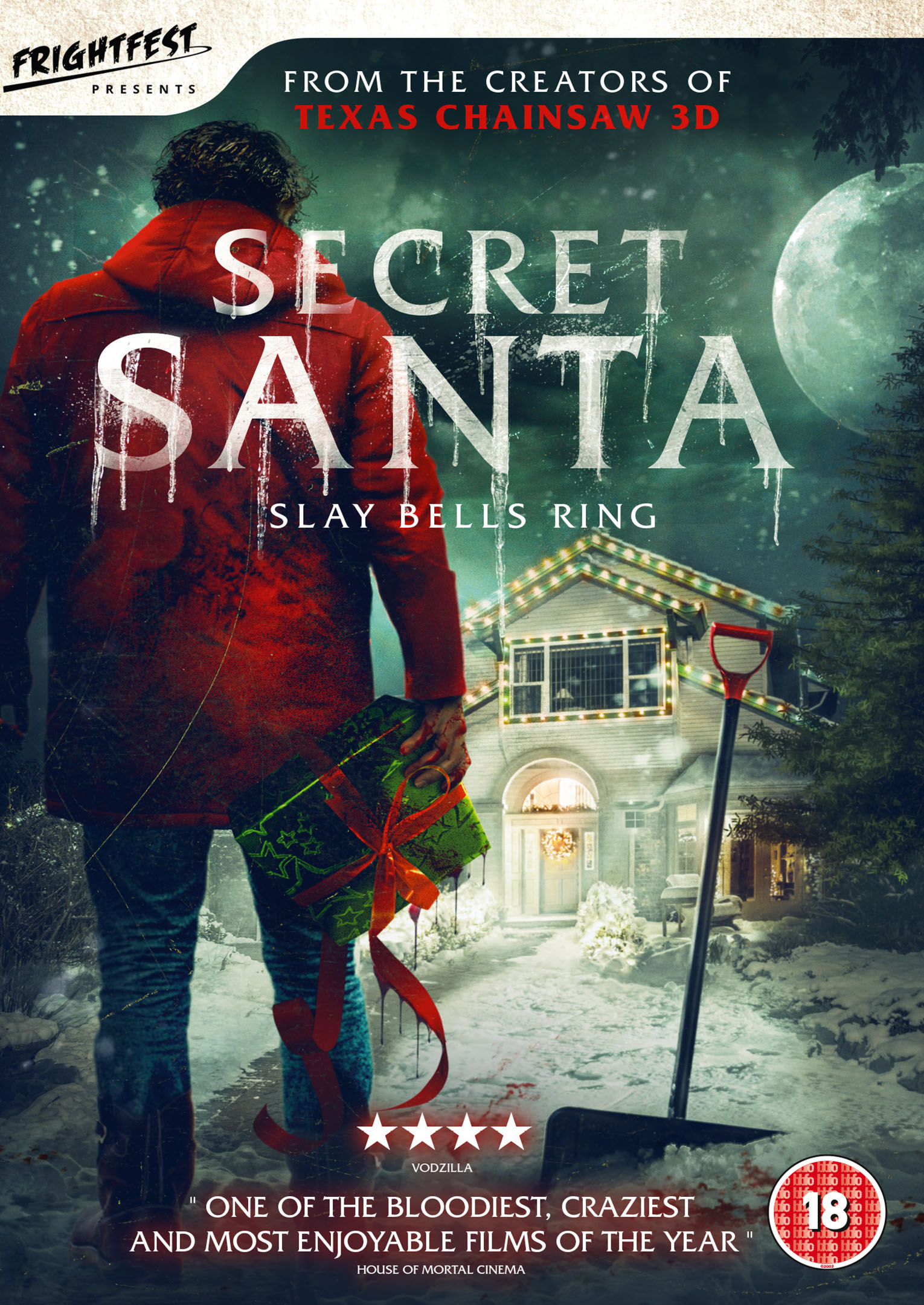 A Christmas Eve gathering takes an unexpected turn after a family guest spikes the punch with a military grade version of truth serum sodium pentothal. The already dysfunctional group comes unstuck in a blizzard of drug-induced, painfully candid outbursts, and upset soon turns to carnage after the head of the family runs amok with a fork, triggering festering loathings and savage reprisals.

Plot: Two friends hired to police a small town that is suffering under the rule of a rancher find their job complicated by the arrival of a young widow.

Story: Appaloosa starts as we see just how much control Randall Bragg (Irons) has over this small western town, he murders the current Marshall which brings a new Marshall to town. Virgil Cole (Harris) and his partner Deputy Everett Hitch (Mortensen) come to town with their own laws to clean up the Bragg gang.

When Cole & Hitch do find a way to arrest Randall the courts find him guilty of murdering the former Marshall but on route to the prison the rest of the gang force Cole’s hand by using Mrs French (Zellweger) to force Randall’s release, this leads to them needing to find a new way to eliminate Bragg’s gang.

Characters/Performance – Virgil Cole is the freelance Marshall, fast with a rifle and only killing the men who break the law. His reputation follows him as one of the scrictiest law men out there with a lot of his trust in Everett. Everett is the longtime partner of Virgil that always stands tall next him in battle, completes the long words and is the calm influence between the two. Randall Bragg is the rancher who has control over the town of Appaloosa him and his gang take what they want, kill who they want and reign terror over the town. Mrs French comes to town a widow becoming the love interest for Virgil and we learn what type of woman she is.

Performance wise, Ed Harris and Viggo Mortensen both work well together showing good chemistry throughout the film and both play the lawman well through the film. Jeremy Irons always makes for a good villain through the any film and this is no exception. Renee is here but you do feel like her character is almost pointless to the main part of the film.

Story – The story fills in just what you want from a western story, we have an enemy of the town that out numbers them all but two lawmen come into town to help clean it up in their own way, be it through legal or other means. This was meant to be a start of a series of films which is why you feel the threat wasn’t as big as it could have been but still enjoyable enough to watch.

Crime/Western/Romance – This is a nice western film with perfect use of the setting for the crimes to take place, the romance side of film does feel tagged on in places though.

Settings – Each setting looks great for the film never taking us out of the time in question for the movie.

Final Thoughts – This is a western film which is fine, it isn’t bad but isn’t up there with the greatest.