Plot: When a group of friends fail to lower the ladder of their boat, they find themselves stranded in the surrounding waters and struggle to survive.

Story: Adrift starts as Amy (Pratt) along with husband James (Speight Jr) as she reunites with old friends for Zach’s (Lange) birthday, we also are joined by Lauren (Hillis) on Dan’s (Dane) yacht with his new flame Michelle (Richardson) for a weekend at sea.

Amy has a fear of the water to which Dan tries to cure by taking her into the ocean, with the rest of the friends, but this brings back all the traumatic memories and to make things worse the friends forgot to put a ladder up. The friends must now figure out how to get back onto the boat where Amy’s baby is sleeping.

Characters/Performance – Amy is the new mother with a fear of the water thanks to a childhood incident, she goes on this trip to see old friends but must face her fears to survive and save her baby. James is the husband of Amy that is meeting most of these friends for the first time. Zach is the birthday boy that brings the friends together, we see how he has always had a crush on the other friend Lauren the daredevil of the group who has travelled the world. Michelle is the new flame of Dan’s who has never met the other people and is a party animal.  Dan is the owner of the boat and has been letting his money pay for the parties for the groups whole time.

Performance wise, it would be fair to say everybody in this film is fine, not great, not bad just fine because there isn’t too much acting to be done here. 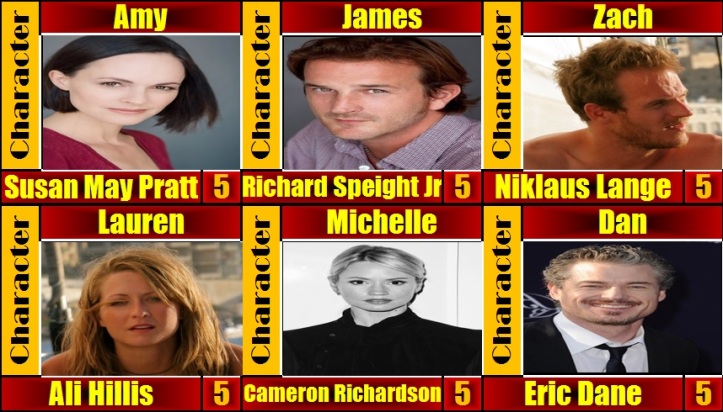 Story – The story is simple, six friend find themselves trapped off their boat in the middle of the ocean after forgetting the ladder. We have the struggle to find a way to get back on the boat and that is the story, sure, we do have a few weak emotional connections to what the guys could have achieved but nothing that strong here.

Adventure/Horror – The adventure breeds the nightmare that is the horror of potentially drowning while you are so close to safety, it does work because it doesn’t get to the full extremes.

Settings – The middle of the ocean is always an easy and reliable setting for a film like this to unfold and easily the highlight of the film.

Final Thoughts – This is solid and does work for all the horror it tries to give us, the problem is while the peril is scary it is mostly just waiting to die.

Overall: Solid but not edge of your seat stuff here.