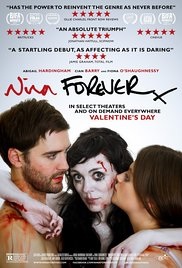 Plot: After his girlfriend Nina dies in a car crash, Rob unsuccessfully attempts suicide. As he begins to overcome his grief, he falls in love with a co-worker, Holly. Their relationship is complicated when Nina, unable to find rest in the afterlife, comes back to life to sarcastically torment them whenever they have sex.

Tagline – A fucked up fairy tale

Verdict: The Return of the Dead Girlfriend Working Again

Story: Nina Forever starts as the employees of a store learn that Rob (Barry) tried to kill himself after the death of his girlfriend, where Holly (Hardingham) a student paramedic finds this to be a turn on wanting to get to know Rob unlike most of the other staff. The two do start hanging out together which does lead to a romantic story between the two.

When the two go to have their first night together things take a turn when Nina (O’Shaughnessy) appears from within the bed, but she is meant to be dead, why has she returned from the afterlife to stop Rob moving on?

Characters – Rob is a grieving young man, working in a supermarket as he gets over his ex-girlfriend death, he has tried killing himself but didn’t get very far. He gets haunted by Nina once he tries to start dating again but must face the closure her spirit never got. Holly gets drawn to Rob and starts a relationship but it gets confusing for her once Nina arrive on the scene but it doesn’t scare her away. Nina is the deceased girlfriend of Rob’s who returns whenever he has sex with another woman, she doesn’t believe they are broken up believing they will be together forever.

Performances – Cian Barry is good in his role as the grieving young man trying to move on, he shows how difficult it could be for anyone in that situation. Abigail Hardingham is good in this role where she must show the support needed as well as the innocence for a young woman in her first relationship. Fiona O’Shaughnessy is also good throughout the film as the dead girlfriend that turns up during sex, being almost seductive at times.

Story – The story enters into the idea of a loved one needing to deal with an undead version of their partner stopping them from starting a new relationship. It plays into a darker comical side rather than the light-hearted nature of other films such as Clinger, Life After Beth or Burying the Ex. This film does try to tackle the more serious effects of what could happen with dealing with the grief of losing a loved one.

Comedy/Horror/Romance – The comedy comes from the darker side of the story because it takes things on a more serious side than it wants to. The romance side of everything comes from the idea of trying to move on with someone new you could love while still being haunted by the memories of the one that left you. The horror is there but mostly based on the undead being alive and lots of blood.

Settings – The try to have everyday settings for the building of the relationship but it is the bedroom where the idea of Nina coming back comes from as we see her haunting the new couple.

Special Effects – When we look at the effects we will be diving into practical for the most part, we don’t get many either because we need to focus on the story over the effects. 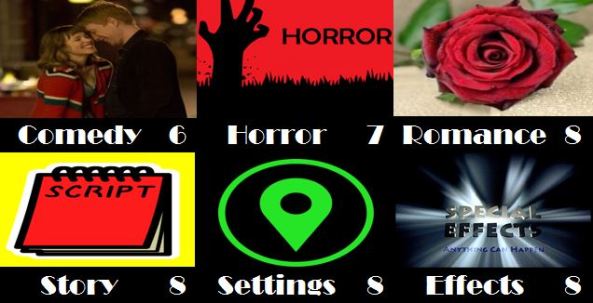 Scene of the Movie – Nina’s first appearance because it is a surprise for us to see how it comes about.

That Moment That Annoyed Me – I would have liked an extra laugh or two.

Final Thoughts – This is yet another good addition in this new little subgenre in horror, the dead partner haunting the old partners new love interest. It does work well because it is different enough from the others because this takes a darker tone for the most part.

Plot: When a group of friends fail to lower the ladder of their boat, they find themselves stranded in the surrounding waters and struggle to survive.

Story: Adrift starts as Amy (Pratt) along with husband James (Speight Jr) as she reunites with old friends for Zach’s (Lange) birthday, we also are joined by Lauren (Hillis) on Dan’s (Dane) yacht with his new flame Michelle (Richardson) for a weekend at sea.

Amy has a fear of the water to which Dan tries to cure by taking her into the ocean, with the rest of the friends, but this brings back all the traumatic memories and to make things worse the friends forgot to put a ladder up. The friends must now figure out how to get back onto the boat where Amy’s baby is sleeping.

Characters/Performance – Amy is the new mother with a fear of the water thanks to a childhood incident, she goes on this trip to see old friends but must face her fears to survive and save her baby. James is the husband of Amy that is meeting most of these friends for the first time. Zach is the birthday boy that brings the friends together, we see how he has always had a crush on the other friend Lauren the daredevil of the group who has travelled the world. Michelle is the new flame of Dan’s who has never met the other people and is a party animal.  Dan is the owner of the boat and has been letting his money pay for the parties for the groups whole time.

Performance wise, it would be fair to say everybody in this film is fine, not great, not bad just fine because there isn’t too much acting to be done here. 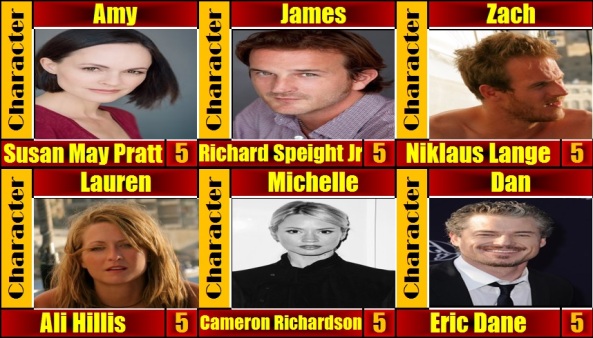 Story – The story is simple, six friend find themselves trapped off their boat in the middle of the ocean after forgetting the ladder. We have the struggle to find a way to get back on the boat and that is the story, sure, we do have a few weak emotional connections to what the guys could have achieved but nothing that strong here.

Adventure/Horror – The adventure breeds the nightmare that is the horror of potentially drowning while you are so close to safety, it does work because it doesn’t get to the full extremes.

Settings – The middle of the ocean is always an easy and reliable setting for a film like this to unfold and easily the highlight of the film. 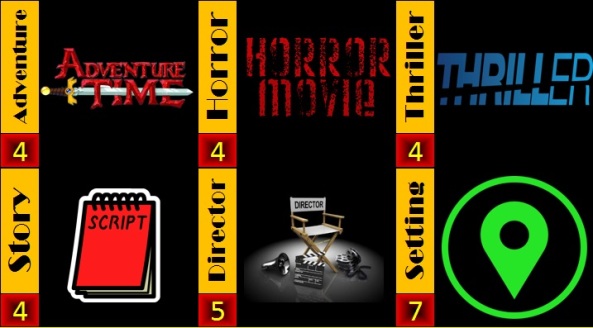 Final Thoughts – This is solid and does work for all the horror it tries to give us, the problem is while the peril is scary it is mostly just waiting to die.

Overall: Solid but not edge of your seat stuff here.