Plot: Tasha Robson, 16, has run away from home! While she rides the waves aboard the large ferry heading from South Shields, England to Scandinavia in search of her unknown father, “The Viking” all is less than calm in the Robson household.

Story: Bliss! Starts when 16-year-old Tasha (Parks) learns that the man she believes is her father Charlie (Leon) isn’t her father, turning to her mother Karen (Lombard) for answers she decides to go in search for her real father.

Learning her dad was nicknamed The Viking, Tasha heads to Norway in search for him, where she gets to experience a new culture and hopefully find answers to help her in life.

Characters – Tasha is a 16-year-old that has lived a tough life in South Shields growing up in a dysfunctional family, she learns that the man she thought was her father isn’t, she decides to head off in search for her father which takes her to Norway. Charlie is the man Tasha thought was her father, he is an alcoholic that always gets welcomed back by Karen no matter what he does. Karen is the mother of Tasha who has many jobs and doesn’t seem to give her children the most amount of time. We get to see the rest of the siblings which are different in their own way, have their own problems to deal with.

Performances – Freya Parks in the leading role is strong in the film, we get to see her adventure, which gives her the desperation needed for the trip and unsure feeling her character would have during the situation. The rest of the cast get to do through their own emotional moments to help with where their story end up going.

Story – The story here mostly follows Tasha as she wants to learn the true identity about who her father is after becoming tired of the abusive behaviour of the man she believes is her father. This sends a teenager on the trip across the North Sea to a new land, which is the most interesting part of the story to be following. When we don’t follow Tasha we get a weakness because we follow siblings dealing with their own problems and even given Charlie an important story arc which Tasha misses completely. If we had just focused on Tasha this would have been a great watch instead we fall to good because of the fact is there is too many stories to focus on as they don’t get enough time in the spotlight.

Adventure – The adventure that Tasha goes on is one that is surprising and important, because she is not prepared for which only adds to story.

Settings – The film shows us in South Shields which feels confined and almost dead end feeling, when we get to Norway we get the beauty spots and open landscapes which show Tasha the two different states of life, one her mother lives the other is where her father is meant to be. 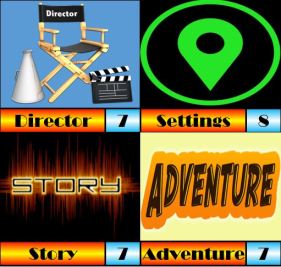 Scene of the Movie – Let it out.

That Moment That Annoyed Me – Side stories.

Final Thoughts – This is a good coming of age movies that shows us just how difficult life can be when what you thought was your life is in fact false.