Verdict: Western of the Year

Story: Five Fingers for Marseilles starts as we meet the group of friends who decide to create a group known as the Five Friends and the girls that loves them, Zulu the leader, Lerato (Dlomo) the heart and soul, Unathi (Poolo) the pastor and storyteller, Luyanda (Mabaso) the broken one, Bongani (Nkosi) the richest one, Tau (Dabula) the fastest most ruthless one. together they plan to former a group to protect their rural town or Marseilles as children.

Tau must flee the village after killing two corrupt police officers, now 20-years later he is still fighting the law. Returning home Tau seems Marseilles has changed with Bongani running the town and Sepoko (Dhlamini) looking to eliminate the town, Tau must step up to defend his childhood home and with the remaining members of the gang.

Thoughts on Five Fingers for Marseilles

Characters – Tau was a member of the Five Fingers gang as a boy, he killed two police officers forcing him into hiding, 20-years later he returns to see the town still being controlled by criminals. He must use the fight he always showed to lead the remaining members of his gang to freedom. Sepoko is the ruthless man that wants to kill anyone that gets in his way to control the area, he is filled with stories that can only show us what he is capable of and doesn’t give second chances. Lerato is the girl from the gang, she has been raised to take over the tavern with her father and her own son, she is surprised with Tau’s return after he saved her in the incident, she knows how to handle the drunks and trouble makers. Strong is the best word to describe this character. Luyanda is known as the cockroach by the gang, he has always had to fight to survive turning himself into one of the cops in the village, waiting for his chance to return the village to the right way.

Performances – Vuyo Dabula could easily be a break out star this year, he gives us a performance that could be put in any western conversation as one of the best especially in the modern era of cinema. Hamilton Dhlamini does fit the villainous role wonderfully too, we completely believe he delivery of his twisted words towards anyone who gets in his way. The whole cast are great through this film because one performer makes us believe their characters are real.

Story – The story here follows a once tight knit teenage gang that get separated fighting for their village, 20-years-later one member of the gang returns to the village to learn the fates of the rest and learns the fight is still going on. In this story we get characters that feel like we could see them living the 20-years between the start and present part of the story. we get the returning member of the gang that we have seen facing his past and how the rest of the gang has adapted to survive while staying in the same village. This follows the known traits for any western and only adds to the story interest and suspense.

Western – When it comes to westerns, we just don’t seem to get that many anymore, this brings us one that uses all of the typical western themes to make us care about the reluctant hero, the outcast and one that makes us want to see the villain get what they deserve.

Settings – The film is set in a small South African village, one that has been put under pressure by a police presence, each location truly feels lived in and helps us enjoy what we are seeing as money talks when it comes to holding back potential.

Scene of the Movie – The showdown, which shows us just how real these people feel.

That Moment That Annoyed Me – This almost feels like it should be even longer to help us learn about the rest of the gang.

Final Thoughts – This is a wonderful western that could easily be the best of the year, this is a film people should be watching and most importantly, be one people are talking about. 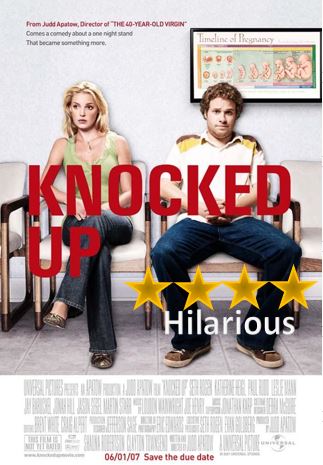 Plot: For fun-loving party animal Ben Stone, the last thing he ever expected was for his one-night stand to show up on his doorstep eight weeks later to tell him she’s pregnant with his child.

Tagline – A one night stand that turned into something more.

Story: Knocked Up starts as we meet Ben Stone (Rogen) a stoner who along with his friends are looking to create a ‘Flesh of the Stars’ website when he isn’t getting high. We also meet Alison Scott (Heigl) who has just been given a promotion to become an on-air talent for E entertainment.

When the two hook up on a drunken night having a wild night of sex they go their separate ways. When Alison learns she is pregnant the twos lives change, Alison needs to keep it secret from work and the two must get to know each other if they are to raise their child, even though they are very different.

Thoughts on Knocked Up

Characters – Ben Stone is a slacker, stoner that wants to get rich quick. He gets Alison pregnant and tries to do everything to support her, but he doesn’t find a way to get an income to support the baby. He tries to make light of the situation which is his way of dealing with everything. Alison Scott is about to become an on-air talent for an entertainment network her career is what has driven her for years, but when she becomes pregnant she needs to accept her new incoming baby and tries to have Ben on her side through everything. Pete and Debbie give the couple a view on what could become of married life with children.

Performances – Seth Rogen broke into the leading man roles with his performance here, he is great through the film even if he style of comedy isn’t for everyone. Katherine Heigl is good in this role, her reaction to thing happening are believable and it is a shame that her career hasn’t gone onto bigger things. We get a lot of the regular cast members of the gangs which help the supporting characters have natural chemistry.

Story – The story follows two different people from different worlds that end up getting pregnant together, we see how the difference must be put aside for the new life they are bringing into the world. It was disappointing that we didn’t get to see Ben grow up in more detail because it does seem like a major part of the film that only becomes a minor montage. Saying that we do get a good look at how the relationship between the two gets compared to the married couple which adds extra laughs and a mirror for the twos potential future. The story does feel like a real reaction to an unexpected pregnancy too which is important for this movie.

Comedy/Romance – The comedy might not be for everyone because a lot of it can be considered the stoner humour, but luckily Paul Rudd’s character offers something different. The romance in the movie shows how a relationship happens instead of being over the top gestures.

Settings – The film is set in LA which shows the different people living there following their dreams and attempting dreams, but this could have been any city. 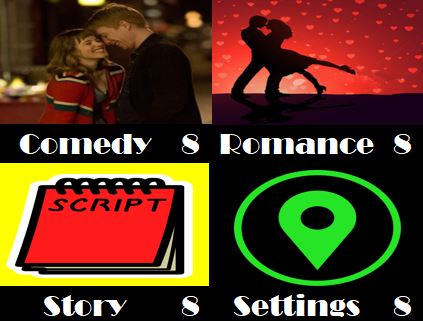 Scene of the Movie – Growing up moment for Ben.

That Moment That Annoyed Me – The story takes way to long for Ben to grow up.

Final Thoughts – This is a great comedy that will get you laughing and give you moment of real behaviour from the characters, you should be enjoying this one throughout.

Overall: Hilarious comedy that will make you laugh.